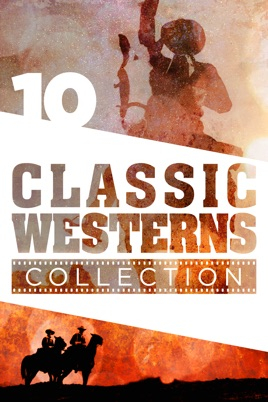 Santa Fe
Randolph Scott is tougher than boot leather in this wild Western. The four Canfield brothers leave the South after the Civil War and one of them (Scott) takes a job on the Santa Fe Railroad. While he leads an honest, hard-working life, his brothers turn bad.

40 Guns to Apache Pass
A heroic cavalry captain single-handedly puts down a massive Apache rebellion, led by Cochise, soon after the Civil War. However, he must first stop a mutiny started by a shifty corporal who convinces the men to sell their rifles to the indians.

7th Cavalry
In an interesting take on the Indian Wars, Randolph Scott is a man branded a coward for not taking part in Custer's disastrous Battle of Little Bighorn. The story follows Scott proving that his accusers are wrong and clearing his good name.

Major Dundee
Sam Peckinpah's first big-budget film was also the first to be taken away and released in a shortened version. But now, 40 years later, most of the missing footage has been located and reinserted with the entire soundtrack remixed in 5.1 Dolby Digital, and a completely new score composed. The new scenes complete the electrifying depiction of an oppressive Union officer who leads a squad of Rebel prisoners, ex-slaves, and criminals into Mexico to hunt down a band of murdering Apaches which raises the question: who represents a greater threat?

Silverado
The spirited Western stars Kevin Kline, Scott Glenn, Kevin Costner, and Danny Glover as four unwitting heroes who cross paths on their journey to the sleepy town of Silverado. Little do they know the town where their family and friends reside has been taken over by a corrupt sheriff and a murderous posse. It's up to the sharp-shooting foursome to save the day, but first they have to break each other out of jail, and learn who their real friends are. Thanks to its authentic look and spectacular cast, which also includes Rosanna Arquette, John Cleese, Brian Dennehy, Jeff Goldblum, and Oscar®-winner Linda Hunt (1983 Best Supporting Actress, The Year of Living Dangerously), this exciting Old West adventure created a whole new generation of Western fans and earned its "modern classic" status.

3:10 to Yuma
This fine western opens with Van Heflin as a rancher whose family is suffering from the devastating effects of a long drought. Heflin needs $200 to build a well, then learns he can obtain the money as a reward for delivering Glenn Ford, a notorious outlaw now in the hands of the law, to the state prison in Yuma, Arizona. Though this will put Heflin in great personal danger, the peaceful man accepts the assignment, knowing what the money will mean to his family. Heflin and Ford hole up in a small hotel in another town while waiting for the train to Yuma. The outlaw begins toying with Heflin's mind, talking in a friendly manner about Heflin's job and financial situation. Playing psychological games, Ford tries to convince Heflin to take $100,000 to look the other way while he escapes. Heflin finds himself in a quandary, desperately needing the money yet being bound by his word to carry out the job. Ford's gang, led by Jaeckel, discovers where their leader is hidden and sets out to rescue him. The town officials abandon Heflin rather than put themselves in danger, leaving the troubled rancher alone to face off with the outlaws. Ford ends up assisting Heflin, helping his captor on the3:10 to Yuma, explaining, 'I owed you that.' Heflin has come through the ordeal, body and integrity intact, and, as if in answer to this baptism by fire, the skies burst forth with rain, putting an end to the drought.

Cat Ballou
The sleeper hit of 1965, CAT BALLOU was declared an instant classic when its sly blend of Western parody and rapid-fire action hit the screen. Lee Marvin won an Oscar® for Best Supporting Actor in his dual role as both Tim Strawn, a noseless ("it got bit off in a fight") gunslinger, and as Kid Shelleen, the woozy, boozy, has-been who goes up against Strawn at high noon. In accepting the award, Marvin said, "I think half of this belongs to a horse somewhere in the Valley," referring to the hilarious scene where Marvin and the horse both lean against a shed in a drunken stupor (certainly one of the most famous sight gags ever). Jane Fonda, at the height of her sex-kitten period, stars as Catherine "Cat" Ballou, the schoolmarm-turned-outlaw who teams with Kid to protect her father's ranch from a greedy railroad tycoon. Filmed in just 32 days, CAT BALLOU went on to become one of the biggest box office hits of 1965, proving the popularity of the Western spoof. Singer Nat King Cole and comedian Stubby Kaye also appear in this wild and wooly Western comedy classic, singing the title song, "The Ballad of Cat Ballou."

Mackenna's Gold
Gregory Peck and Omar Sharif battle to find a legendary cache of gold in this spectacular Wild West adventure. In the Arizona Territory of the 1870s, Marshal Sam Mackenna (Peck) is the only living person who knows the tortuous route to the fabulous "Canon Del Oro." During his journey, Mackenna is captured by Colorado (Sharif), a brutal Mexican bandit who has long sought his death. But if Mackenna is to lead the cutthroat gang to the lost treasure, Colorado must keep him alive. En route, Mackenna and the outlaw band are joined by renegade soldiers, vengeful Indians, cold-blooded killers and "gentlemen from town." As they near the golden canyon, all but Mackenna are swept by a sudden fever - the naked greed for gold. Mackenna's Gold is one of the most exciting Westerns ever made.

Two Rode Together
The first pairing of legendary Western director John Ford (six-time Oscar -winner whose credits include Stagecoach, The Searchers, and The Quiet Man) with star Jimmy Stewart, TWO RODE TOGETHER is a taut, suspenseful story of two lawmen who invade Comanche Indian territory to rescue the white captives of the tribe. As in all of his seven previous Westerns, Jimmy Stewart rode his lucky horse and wore his lucky, sweat-stained Stetson (against the wishes of Ford, who complained, "Now I've got starswith hat approval!"). But unlike earlier Westerns where the outcome was sure to be happy one (for the settlers, at lest), TWO RODE TOGETHER is a dramatic and unsentimental depiction of hostages confronted by the savagery of "civilized" society. Stewart stars as a U.S. Marshal assigned to trade gunsfor hostages with the fearsome Comanche. Cynical and corrupt, the character was a striking departure from Stewart's usual roles as a stalwart do-gooder. Paired with Richard Widmark, Stewart locates the hostages but argues against bringing them home, knowing they will be unable to readapt to settlerlife. But Widmark prevails, and the party's triumphant return results in tragedy. One of the first popular Westerns to recognize the dignity and value of Indian life, TWO RODE TOGETHER is a stirring action-drama from the undisputed master of the genre.

Alvarez Kelly
This is the story of a renegade adventurer, ALVAREZ KELLY (William Holden), who gets caught in the middle of the Civil War. With no loyalties to either North or South, Kelly is hired to drive a herd of cattle from Mexico to the Union Army in Virginia. However, along the way he is captured by Confederate Colonel Tom Rossiter (Richard Widmark) who persuades him...by shooting off a finger to deliver the cattle to starving Confederates in Richmond. At a bridge leading to Richmond, the Union Army attacks and a bloody battle ensues in which Kelly risks his own life to save a Confederate officer. In the end, Kelly's fate once again lies in the hands of Colonel Rossiter.
PostTweetShare Share with WhatsApp Share with Messenger
Community Updates
ITunes Store DealsITunes Store voucher
New Comment SubscribeSave for later
1 Comment
7th May
Waiting for the usual”it’s not 4K” moan about a film made in the 60’s...