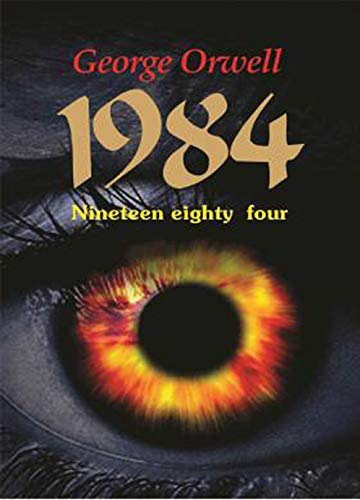 I have been extending my Kindle library with some classics when I ran into this one. I think it definitely is worth 99p.


In the year 1984, civilisation has been damaged by war, civil conflict, and revolution. Airstrip One (formerly known as Great Britain) is a province of Oceania, one of the three totalitarian super-states that rule the world. It is ruled by the "Party" under the ideology of "Ingsoc" (a shortening of "English Socialism") and the mysterious leader Big Brother, who has an intense cult of personality. The Party stamps out anyone who does not fully conform to their regime using the Thought Police and constant surveillance through devices such as Telescreens (two-way televisions).
Winston Smith is a member of the middle class Outer Party, working at the Ministry of Truth, where he rewrites historical records to conform to the state's ever-changing version of history. Those who fall out of favour with the Party become "unpersons", disappearing with all evidence of their existence removed. Winston revises past editions of The Times, while the original documents are destroyed by fire in a "memory hole". He secretly opposes the Party's rule and dreams of rebellion, despite knowing that he is already a "thoughtcriminal" and likely to be caught one day.
PostTweetShare Share with WhatsApp Share with Messenger
Community Updates
Amazon DealsAmazon discount code
New Comment Subscribe Save for later
Top comments
16th Feb
Bought this for my big brother.
16th Feb
There's a few people on here who could do with reading this...
16th Feb

Absolute rubbish.
29 Comments
16th Feb
There's a few people on here who could do with reading this...
16th Feb
Hopefully Amazon don't pull it from your library this time...

The environmentalists!! Shane on then wanted the planet to be inhabitable.
16th Feb

The environmentalists!! Shane on then wanted the planet to be inhabitable.

They don't want that, they just want to boss people round, it's about power, as always.
16th Feb

Have you read the book?

Use of apocalyptic, and constant external threats and fear to maintain control...
16th Feb

Bought this for my big brother.

Tell me, do you truly believe the reports of shrinking glaciers and increase in floods, storms and wildfires are purely propaganda from state controlled media that is being used to control us?

While there are worrying signs, there is a big difference between the world portrayed in 1984 and where we are right now.
16th Feb

Tell me, do you truly believe the reports of shrinking glaciers and increase in floods, storms and wildfires are purely propaganda from state controlled media that is being used to control us?

No, I believe the 4000 or so climate scientists of the IPCC when they say there "might" be 1.5m global climate related deaths by 2100.

To put that in context, more people will succumb to diareahal diseases this year, but I suppose that's less glamorous to deal with?
16th Feb
the audible version of this book is also very good.
Brave new world by Aldous Huxley is another great book that has stood the test of time well.
Edited by: "7iain7" 16th Feb
16th Feb

Rem the Nazi's burned everything when the Russians were on the cusp of Berlin
16th Feb
I used Amazon's "Look inside" feature, and all I can say is I hope the layout of page 1 isn't indicative of the quality of the whole book!
16th Feb
Audiobook is also free on YouTube.
16th Feb

Have you read Fahrenheit 451 ?

Got a source for that claim?
16th Feb

I too would also like to see your source for this information.
16th Feb

Fortunatelly, it is not, but yes you are right, I have seen better looking books on my Kindle. It is readable, no problem with that.
16th Feb
Cover looks more like Lord of the Rings.
16th Feb

I too would also like to see your source for this information.

UK copyright lasts 70 years after the author's death. Orwell died in Jan 1950 so technically it should be out of copyright now. You can read the book online for free if you really want to but at 99p to get it on kindle, can't really complain
16th Feb

The analogy of extreme, end of the world environmentalists as Winston Churchill, and climate deniers as appeasers is rather interesting.

Not that I'm denying anything, just providing some context before we decide to destroy our way of life for no good reason.
16th Feb

I'll be glad if I'm singing at all in 50 years time!
16th Feb
Its free from the usual sources as its out of copyright as mentioned earlier eg archive.org/det…2up