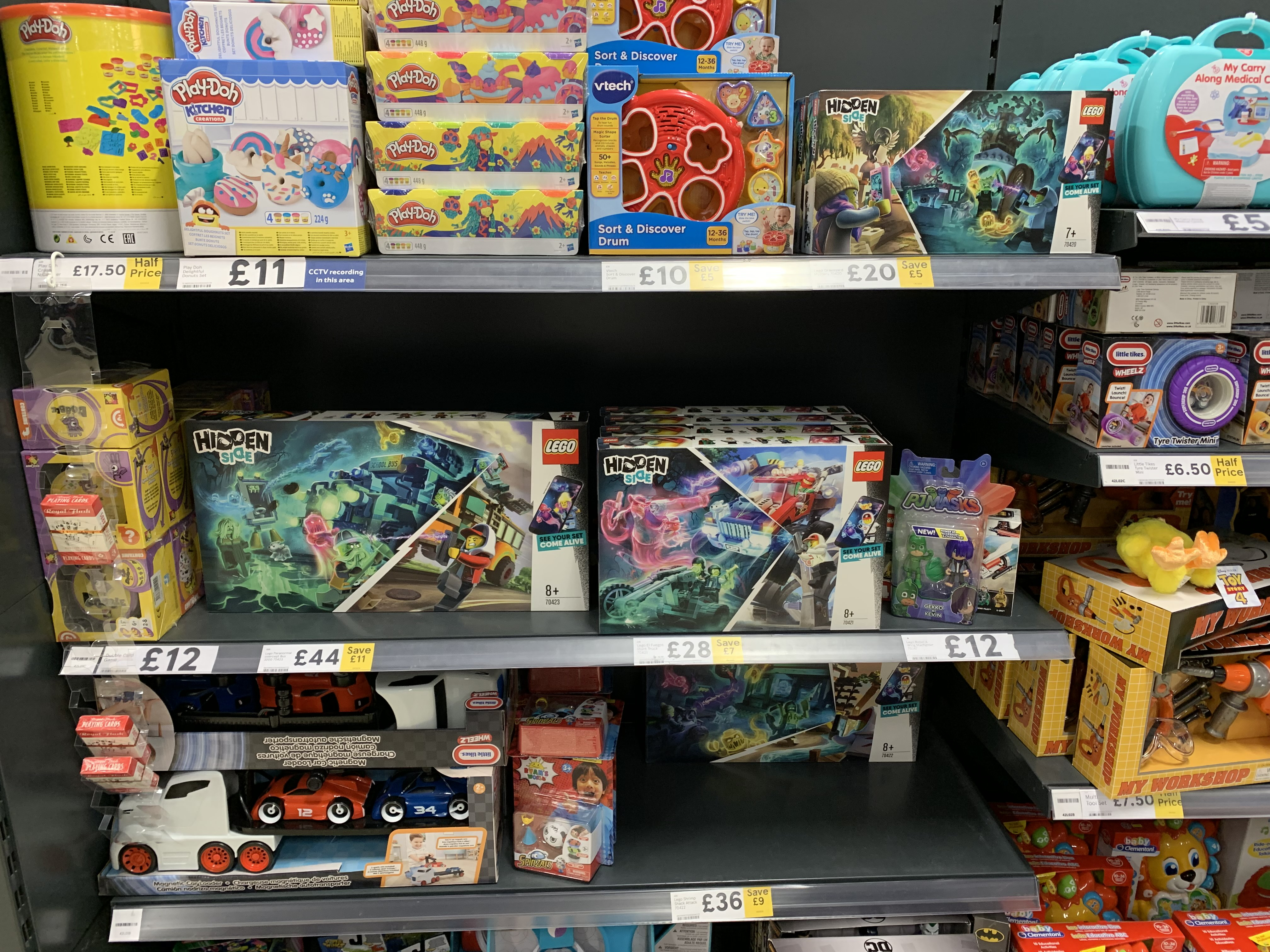 Lego Hidden Side 20% off

Popped in to Tesco in Crewe hoping to find the reduced Lego City sets posted on here. Sadly, no reductions.

However they did have 20% off the new Hidden Side range. In stock were:

Reviews suggest these are good value at rrp and this is the first reduction I’ve seen on the sets.
PostTweetShare Share with WhatsApp Share with Messenger
Community Updates
Tesco DealsTesco vouchers codes
If you click through or buy, retailers may pay hotukdeals some money, but this never affects which deals get posted. Find more info in our FAQs and About Us page.
New Comment Subscribe Save for later
17 Comments
30th Aug 2019
The bus is a great price, good spot. Any confirmation on if national?
30th Aug 2019
Saw labels for the first three reductions in my local (Poole Fleetsbridge) on the shelf but a whole POS display had non-reduced items. Will head back tomorrow to see!
30th Aug 2019
They are in clay cross, just seen them (was coming anyway, honest)
30th Aug 2019
Saw one of these in Litherland Tesco and was surprised to see a new set reduced. They were literally rearranging the shelves for them
30th Aug 2019
They were on a separate display in clay cross, cardboard display with hidden side branding away from normal lego
30th Aug 2019
Reduced in my store too so think this might be national (my store doesn't do reductions otherwise lol).
30th Aug 2019
The Shrimp Shack set is a must get for.me and at 20% might have to pop down to my TESCO to get that. Def heat good find op
30th Aug 2019
Will be less 40% in a few weeks.
30th Aug 2019
If it's on the hidden side, how exactly do i find it?
31st Aug 2019
Same in my local (Bedworth) they had 2 big stands full of them
31st Aug 2019
What are these new sets all about? First time hearing about them
31st Aug 2019

What are these new sets all about? First time hearing about them

Teenagers in a haunted world. The builds can turn ‘haunted’ and there’s an augmented reality app on the phone to see monsters
31st Aug 2019
Some of these sets look cool but who is gonna use the app more than once
31st Aug 2019

My kids will, they love this sort of thing. I'd imagine that older kids and adults will lose interest though.
31st Aug 2019

Agree. I think young children will get more mileage out of the app, but I’d have preferred them to have put more effort into the physical transformation to the haunted variant. Good sets though and 20% off for relatively new sets is a good deal!
31st Aug 2019