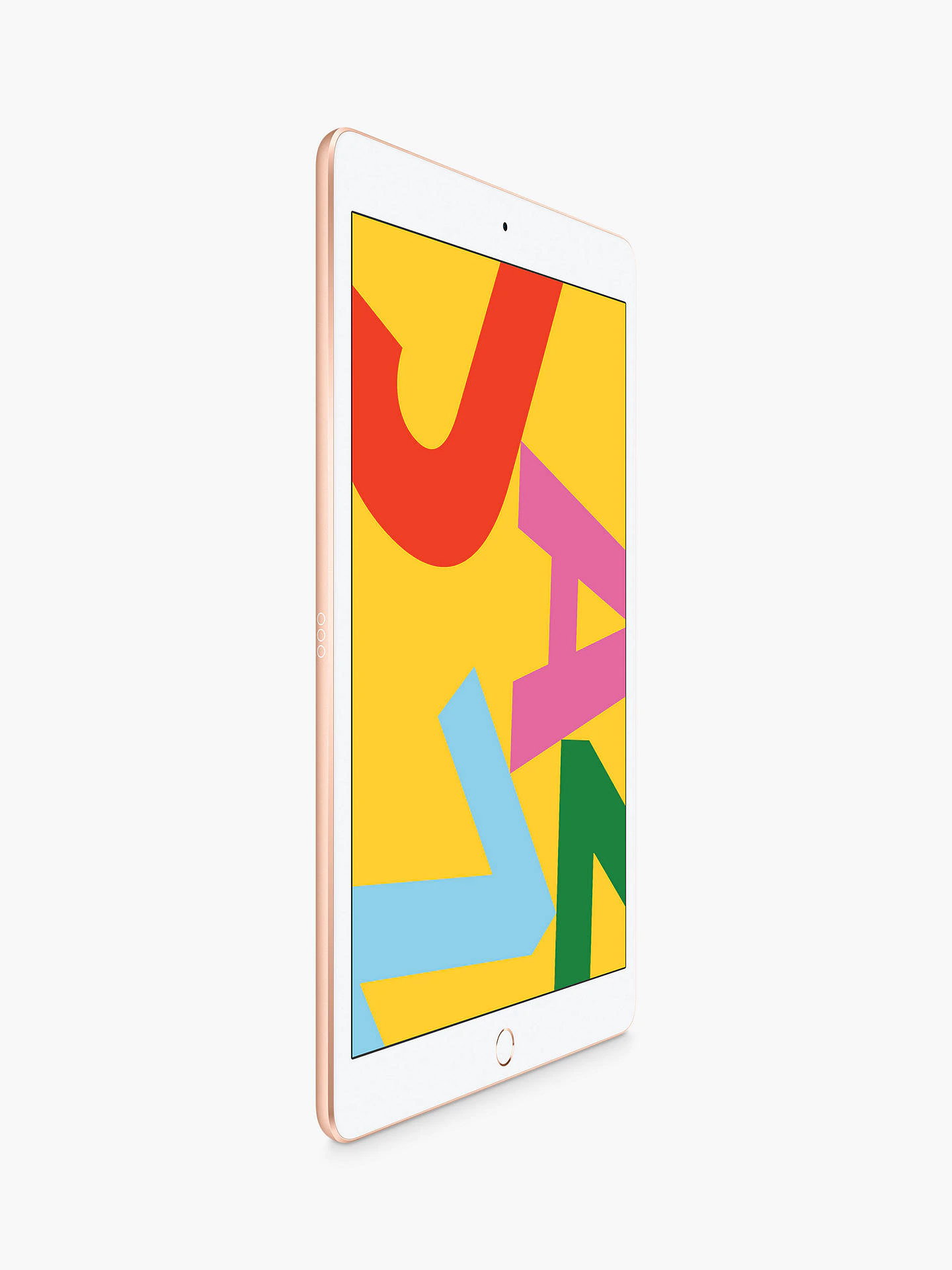 £40 cheaper than directly on the Apple site for the latest iPad at 128GB.

The new Apple iPad hides a wealth of technology behind the 10.2” Retina Display, so now working and playing is better than ever. It's compatible with the Apple Pencil and Smart Keyboard too (sold separately), which means you can jot down notes and sketch easily.

The powerful A10 Fusion chip at the heart of the iPad isn't just great for work – it's fantastic for gaming too. There's a range of Apple Arcade games, and you can even pair a PS4 or Xbox controller with your iPad for even more fun.

iPads are great for multitaskers, and iPadOS is built around busy people. Switch seamlessly between your apps, and type using one hand with the floating keyboard without it taking up half your screen.

Of course, it's not all about work – sometimes you just want to relax with Apple TV. There's loads of must-see shows, and with the new iPad you'll get a year's access to Apple TV+ for even more entertainment.
PostTweetShare Share with WhatsApp Share with Messenger
Community Updates
John Lewis & Partners DealsJohn Lewis & Partners discount code
If you click through or buy, retailers may pay hotukdeals some money, but this never affects which deals get posted. Find more info in our FAQs and About Us page.
New Comment Subscribe Save for later
Top comments
28th Nov 2019
ice cold
2 Comments
28th Nov 2019
ice cold
28th Nov 2019
My fingers and toes just fell off. How am I meant to use an expensive iPad with no fingers?