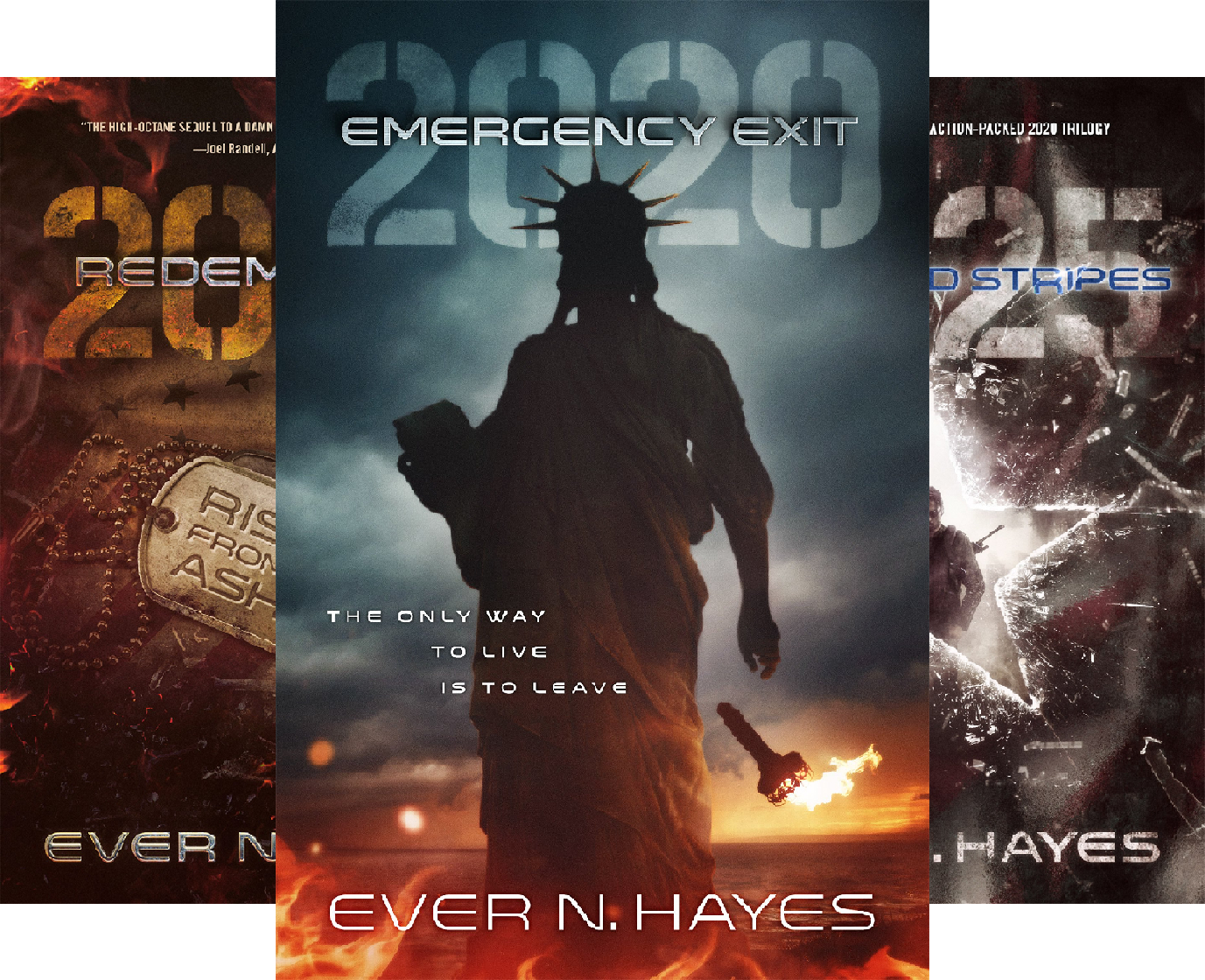 2020 Trilogy by Ever N Hayes FREE on Kindle @ Amazon

From Book 1: GET OUT…WHILE YOU STILL CAN

Ryan Miner lost his wife, Sophie, four years ago. Her death nearly killed him. But, in a way, it also saved him. His parents, his kids, their friends--it saved them, too.

It brought them to his cabin in the remote wilderness of northern Minnesota that second week of October, in 2020. They were there to celebrate what would have been Sophie's 40th birthday.
All things considered, life was good.

Then…death came…again. A coded message on the radio spoke of a massive chemical attack. Over ninety percent of the country…dead!!
First, a toxic apocalypse; and now, a military force is sweeping the country to finish off…EVERY…LAST…American.