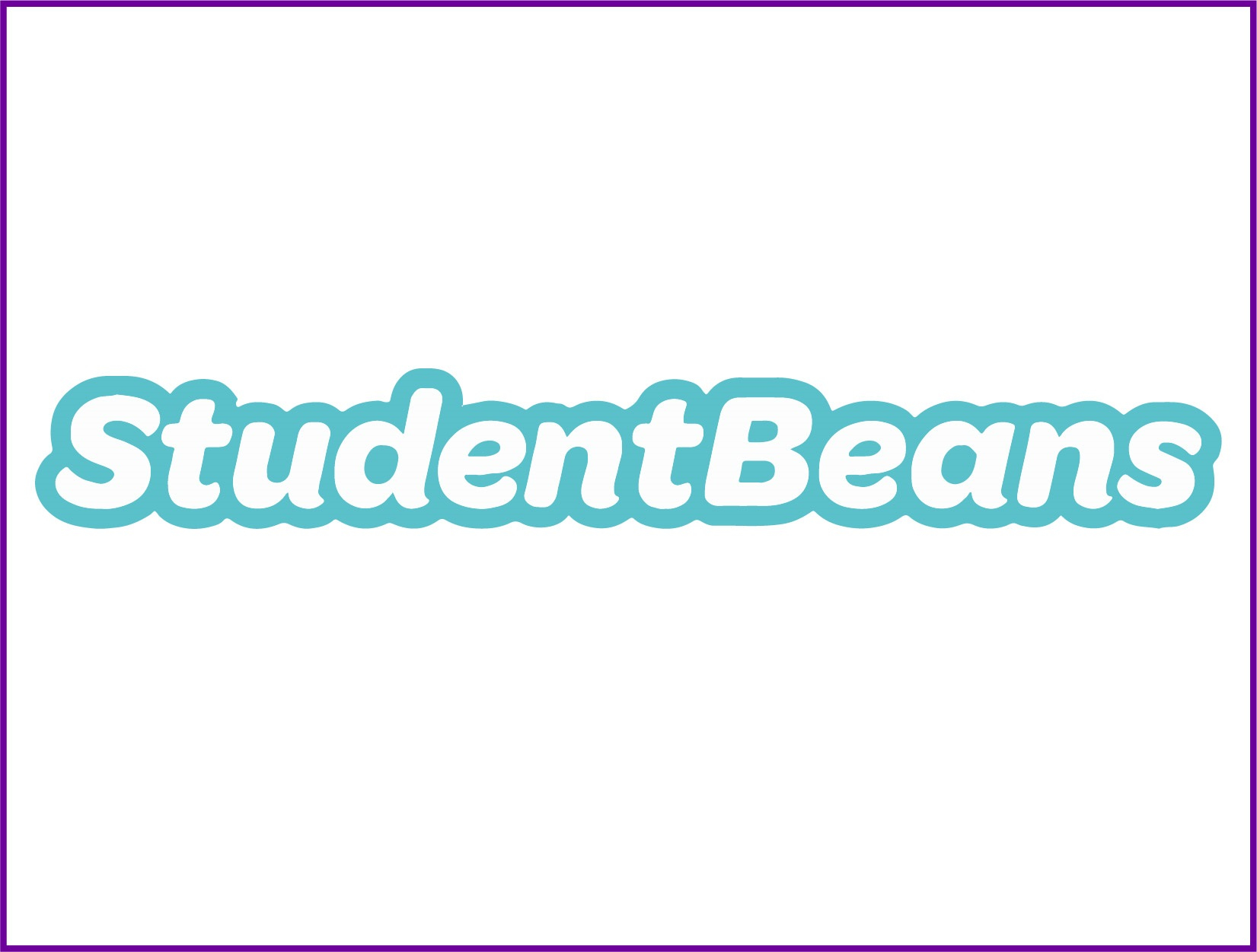 A very good discount off all Samsung QLED TV's direct from Samsung for Students and staff at companies like Tesco who have online discounts.

Currently 25% off all QLED TV's until 31/10, includes 5 year warranties on them.
In addition there is 10% off Soundbars and an extra offer of 50% cashback redemption on soundbars bought with a TV (cashback only on the soundbar), which also enters you into a comp to win a holiday and 10 Rakuten UHD rentals worth about £50 for everyone who claims. - Some people are reporting that they have had problems claiming cashback due to the 25% off, T+C's state not in conjunction with any other offer

Prices before discount are on a par with all retailers so these prices are probably cheaper than any Black Friday deals.

edit - soundbar purchased is being returned as it had connectivity issues, already replaced it with a cheaper one which should return some cashback. Their next day delivery is very good, emailed and texted a delivery window and a call shortly before to say they will be half an hour.

You shouldn't be able to get topcashback as the basket reverts to full price when you click through, but when I was on the payment page via the staff/student link, I opened TCB and opened the samsung referral link in a new window, then continued payment on the staff/student link and TCB tracked at £32, but expect that to be declined.

I'm reluctantly ditching my perfectly good Panasonic Plasma, but at 385 watts, its expensive to run.

PostTweetShare Share with WhatsApp Share with Messenger
Community Updates
Student Beans DealsStudent Beans Discount Codes
If you click through or buy, retailers may pay hotukdeals some money, but this never affects which deals get posted. Find more info in our FAQs and About Us page.
New Comment Subscribe Save for later
67 Comments
17th Oct 2019
Someone buy me on then Great deal for those who can get the discount. Was eyeing up the Very LG ones with 20% back and 12 months to pay for it. Want an OLED or QLED
17th Oct 2019
How do you get 5 year warranty?
17th Oct 2019
Shame I’m not a student. Ready to buy one of these but looking for a deal
17th Oct 2019
I didn’t think you got cash back with these offers?
17th Oct 2019
How do you try through company discount?
17th Oct 2019

How do you get 5 year warranty?

How do you try through company discount?

Your company has to offer discounts, if you a Tesco staff member you have to log onto the tescorewardgateway, where there are loads of offers like 5% off Ikea gift vouchers, 8% off currys/PC world, 6% off B&Q , Apple discount etc
17th Oct 2019

Ask for a email. They do come in and out of stock. You can also ask on chat and they usually tell you when they are back in stock.
17th Oct 2019 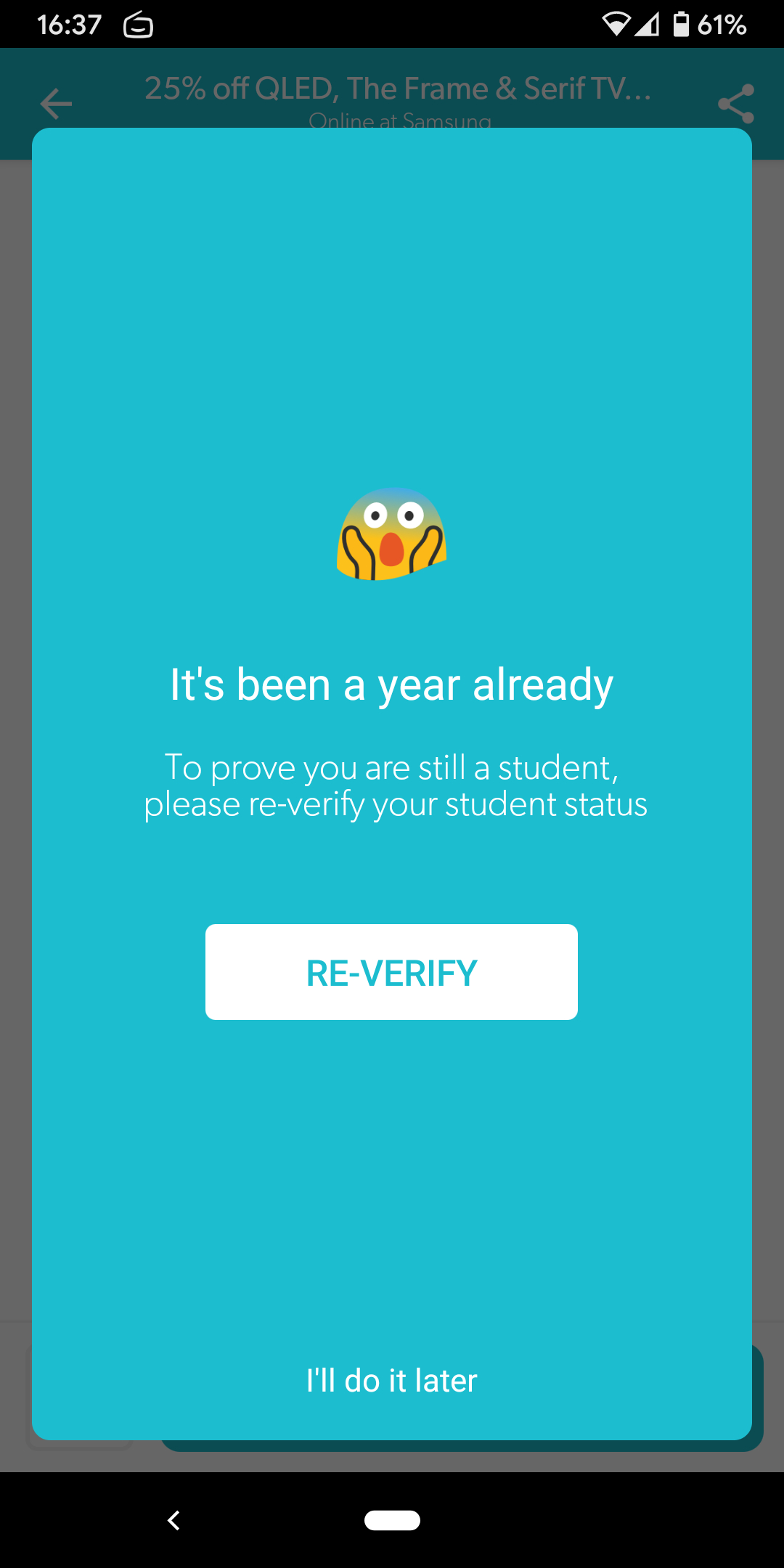 They are very different things. Either way, Black Friday around corner if you can wait for best deals.
17th Oct 2019
I highly recommend Samsung QLED range.top notch TVs with really vibrant colours and deep blacks.well worth the money!
17th Oct 2019
already posted here with lots of discussion

Would be absolutely fine. I bought the 65" q85 last night. You log into the website, find the offers section of the website and then activate discount by putting in Unidays login details. All the prices then change to reflect student discount.

It mentioned something when I looked earlier that you have to send them receipt and proof of being a student within 30 days to redeem but is this only if you buy from a physical Samsung store?
17th Oct 2019
QLED is just marketing hype, targeting the people who really want an OLED panel but who can't afford it.

The problem is that the quantum dots in current QLED TVs do not emit their own light. Instead they simply have the light from a backlight passed through them, in just the same way that an LCD layer does on non-QLED/LED backlit sets.Quantum dots still improve colour vibrancy and control over LCD, but this isn’t the next-gen, game-changing technology that Samsung is suggesting with its QLED branding - it’s more a refinement of a technology the company was using in 2016.
17th Oct 2019

Go for qled if you watch TV for long time

Because of screen burn?

Simple rule: QLED is best if you watch tv with the curtains open or bright lights on, OLED is best in a dark room.
17th Oct 2019

It doesn't matter. You just described the best viewing experience not something to avoid burn in. To avoid burn in TVs must be turned off several times a day
18th Oct 2019

Far from marketing hype.. QLED has far greater HDR thanks to the backlight which is over double what a OLED can achieve.. OLED is great if you only use your tv a few hours per day and watch in a dim/dark environment. The Samsung Q90 also has superior screen-glare reduction. It’s all dependant on what you will be using the tv for mostly. Both have pros and cons OLED is actually cheaper than the big qleds right now
18th Oct 2019
courtesy of my student nephew - just ordered a 55" Q85R saving £425
Edited by: "bargainnicka" 18th Oct 2019
18th Oct 2019
Even with 25% off they're not exactly a bargain.
18th Oct 2019

Think you need to understand the range and technology fully. The top end QLED are better than OLED in many ways and unfortunately they are more expensive too, so your statement isn’t true. OLED has some advantages, so there isn’t a clear better TV. But for me the fact that the qled is so much brighter and anti reflective in my living room makes it loads better than OLED.
18th Oct 2019

Nope, I'm afraid your post is opinion and not fact.

Samsung falsely presents QLED as a self emissive technology rather than an LCD panel that uses a colour enhancing Quantum Dot sheet overlaid on a backlight. Therefore, it cannot be a true QLED TV since it does not actually use quantum-dot light-emitting diodes.

And there's more scare mongering nonsense about OLED further up in this thread too.

Never said anything about the technology! Read the reviews, watch them on you tube. Top end qled are brighter than OLED - FACT. They are more expensive- FACT.
I quoted the original poster that said people who bought qled only got them because they couldn’t afford OLED.
18th Oct 2019

Even with 25% off they're not exactly a bargain.

Yep, more expensive than those quality Polaroid ones knocking about with 1 year warranty.
18th Oct 2019

Of course in comparison to other recent deals. The RRP is inflated therefore the 25% discount is not as great as it sounds.
18th Oct 2019
Last year's promotions on the premium qled tvs that included the Galaxy S9, S9 plus or the Note 9 (dependent on TV model purchased) was a great offer. If they repeated this promotion with the Galaxy S10 I'd be on it in a flash.
Edited by: "PhoenixWright2" 18th Oct 2019
18th Oct 2019

Could you link some of these reviews? From what I've seen some reviewers, like HDTVtest, think that OLED is still best - particularly Panasonic/LG.
Edited by: "cascadde" 18th Oct 2019
19th Oct 2019

Like I say there isn’t a clear winner. It depends on what is important to you. I had a LG OLED in my front room and it just wasn’t bright enough, so that’s a advance of qled. I don’t game, but input lag is far better on qled, so it will be better for some. Blacks will always better on OLED, so that my be important to others. Screen burn is possible on OLED, so may be a issue for some.
It’s all down to preference really, things like the one connect box and built in Apple play are nice on the Samsung but it does lack things like Dolby vision.