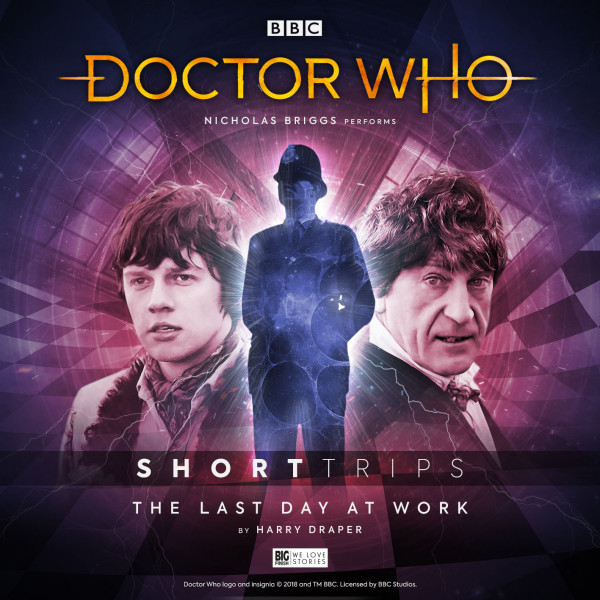 Until now, the android armies, the powerful space stations, the mind-control rays, have gone unchecked to disastrous effect.

...But then what happens?


7X. Doctor Who - Short Trips: Landbound
He was the captain of a ship once. Since being stripped of his authority, he is lost. Landbound. Then he meets a kindred spirit, a man who has also lost something.

In a small seaside town, both Ronald Henderson and the Doctor want to move forward, but one of them must first come to terms with his past...

8X. Doctor Who - Short Trips: The Last Day at Work
Constable Bernard Whittam is in for a special evening. Finally retiring from a lifetime in the police force, he’s celebrating with friends, family and the woman he loves. It’s all perfect. Apart from the noise in his head, the wheezing, groaning noise that has haunted his entire life. That and the unusual gatecrashers.

It’s going to be a night to remember…


9X. Doctor Who - Short Trips: The Best-Laid Plans
Dracksil Forg sells ideas. For the right price, he’s got a solution to every possible problem. His reputation is impeccable, and whilst his ideas aren’t flawless, he has a 100% money-back guarantee.

Dracksil has started selling to a new type of customer. They are dictators, warlords; species having trouble conquering galaxies or controlling populations. However, for these clients, Dracksil’s ideas keep falling apart.

Duration: 39 minutes
bigfinish.com/rel…130
PostTweetShare Share with WhatsApp Share with Messenger
Community Updates
Big Finish Deals
New Comment SubscribeSave for later
6 Comments
26th Apr
Thanks
26th Apr
All of these are good, but The Last Day at Work is unbelievably good.
26th Apr
Thank you
26th Apr
Thanks
27th Apr
Not heard of Bigfinish before. But these sound good. From the looks of it they are to do with Patrick Troughton, a little before my time but will definitely take him over the millennials.
6th May

Big Finish Audios are amazing, 4th Doctor is especially good. They can be quite expensive but keep an eye out as they do offers and freebies quite often