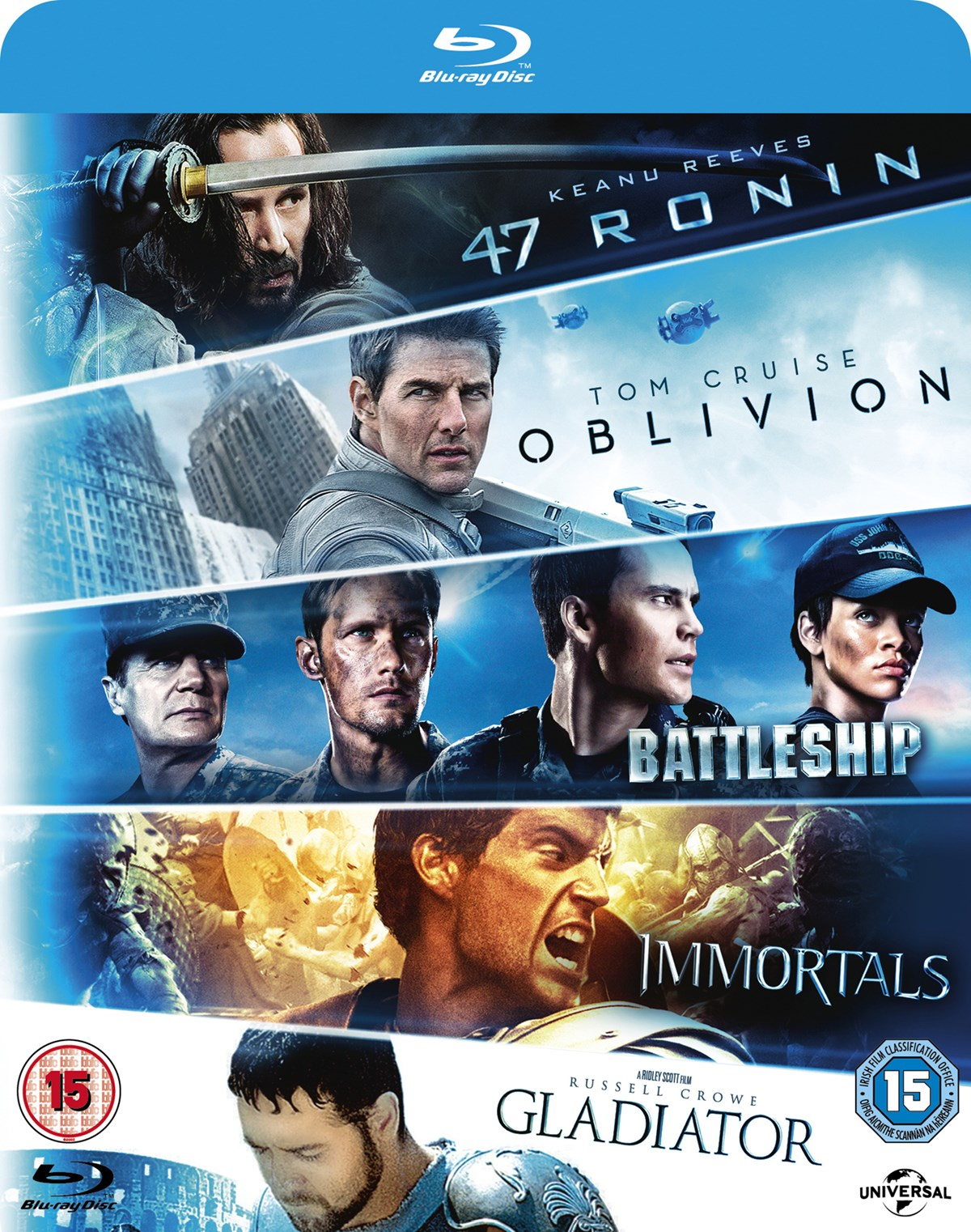 In '47 Ronin' (2013), with the underhand machinations of their rival Lord Kira (Tadanobu Asano) blamed for the death of their master, a group of abandoned ronin recruit British-Japanese outcast Kai (Keanu Reeves) to help plan their revenge. Vastly outnumbered, but inspired by the teachings of Kuranosuke Oishi (Hiroyuki Sanada), Kai and the other ronin engage in a bloody battle with forces under the command of Kira's loyal subordinate Mizuki (Rinko Kikuchi).

In 'Oblivion' (2012), 60 years after Earth is subjected to an alien attack that decimates the environment, forcing survivors to live in colonies high above the clouds, drone repairman Jack Harper (Tom Cruise) is nearing the end of his deployment to retrieve remaining resources from the planet's surface. But Jack's world is suddenly turned upside down when he discovers a group of humans led by Malcolm (Morgan Freeman) still surviving amidst the rubble.

In 'Battleship' (2012), when US Navy personnel are confronted by an unknown alien structure during war-game trials, they quickly realise the enormity of the threat facing them. As the aliens unleash a terrifying barrage of destructive force on the Earth's population, Admiral Shane (Liam Neeson), captain of the USS John Paul Jones, finds himself caught up in the fight of his life as he leads a fleet of ships into battle against the seemingly invincible extraterrestrial armada.

In 'Immortals' (2011), the power-hungry King Hyperion (Mickey Rourke) has laid waste to Greece in his search for the legendary Epirus Bow, a weapon of limitless power that, in the wrong hands, could bring about the end of human life. Ancient law dictates that the Gods must not intervene in human conflict, and so they remain powerless to stop Hyperion and his merciless hordes - until young peasant Theseus (Henry Cavill), secretly chosen by Zeus (Luke Evans/John Hurt), steps forward to save the day.

In 'Gladiator' (2000), after the death of Emperor Marcus Aurelius (Richard Harris), Commodus (Joaquin Phoenix) betrays the Emperor's beloved General Maximus (Russell Crowe) and takes the throne for himself. Maximus is sold as a slave and then trained as a gladiator, keeping himself strong with thoughts of revenge. Will he suffer the ultimate humiliation and die for the entertainment of his enemy or will he survive the rigors of the arena and find a way of exacting his revenge?
PostTweetShare Share with WhatsApp Share with Messenger
Community Updates
Zoom DealsZoom voucher codes
If you click through or buy, retailers may pay hotukdeals some money, but this never affects which deals get posted. Find more info in our FAQs and About Us page.
New Comment Subscribe Save for later
6 Comments
3rd Jan
Heat! But is there an option to pay more for Gladiator so you don’t get the other tripe with it?
3rd Jan

Amazon. £7.32.
3rd Jan
Bargain box set. For me all entertaining apart from 47 Ronin.
3rd Jan
The 10% signup code hasn't worked for me the past couple of times even when creating a new email address and account with zoom. Are they tying it to billing address?
3rd Jan
Heat for the value, though I've never really understood the almost random choice of films in some of these compilations! Makes sense when it's a common actor or director. Definitely worth it if you like at 2/3 of them with the obvious stand out classic.
3rd Jan

You are of course, referring to Battleship. I have to say I love this movie, pure popcorn fun.

And yeah, Gladiator is OK