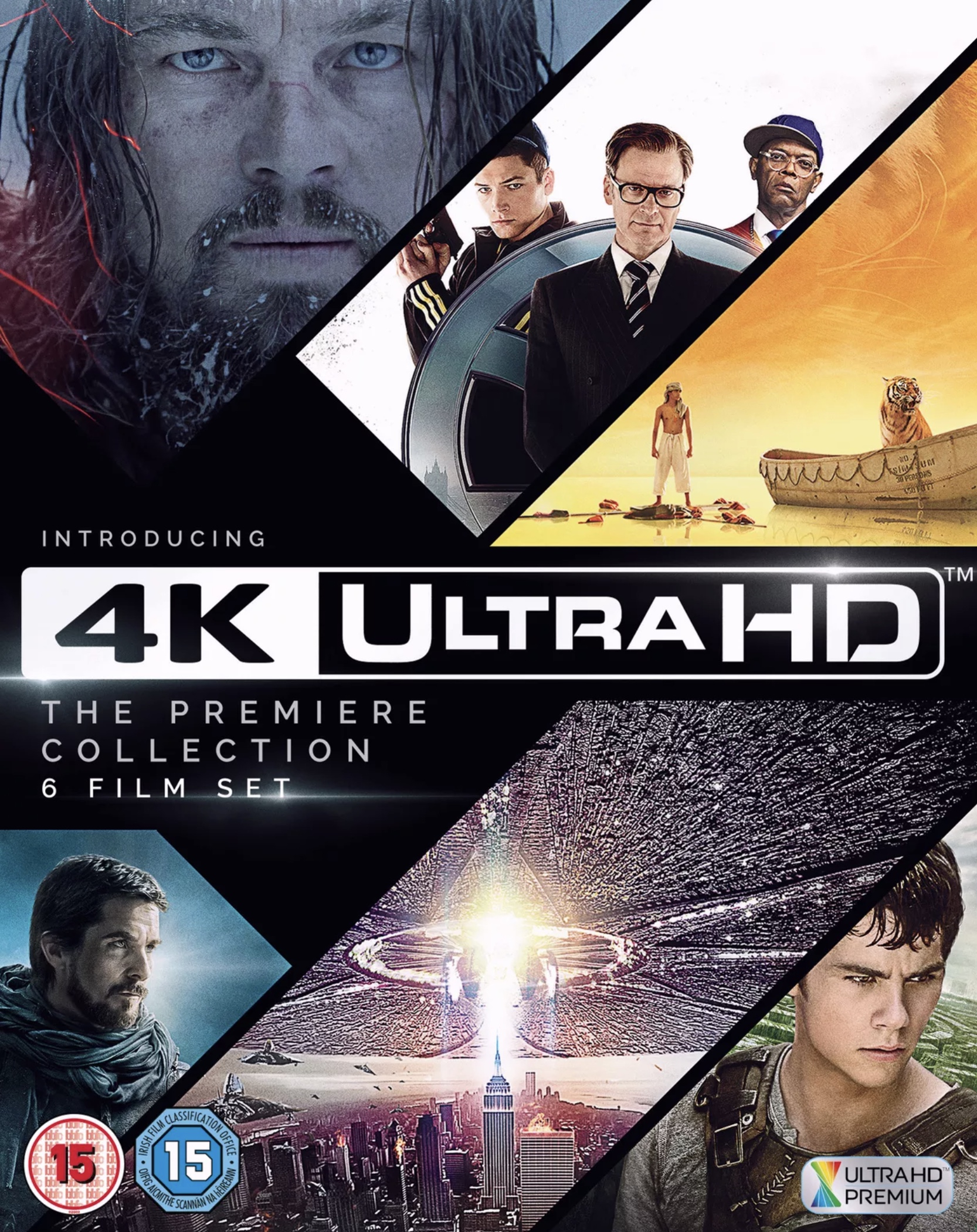 if you would prefer to buy from eBay for a few pence more
rover.ebay.com/rov…559

Containing six incredible films that will ensure your experience 4K Ultra HD to the fullest including:

The Revenant
Inspired by true events, The Revenant is an epic story of survival and transformation on the American frontier. While on an expedition into the uncharted wilderness, legendary explorer Hugh Glass (Leonardo DiCaprio) is brutally mauled by a bear, then abandoned by members of his own hunting team. Alone and near death, Glass refuses to succumb. Driven by sheer will and his love for his Native American wife and son, he undertakes a 200-mile odyssey through the vast and untamed West on the trail of the man who betrayed him: John Fitzgerald (Tom Hardy). What begins as a relentless quest for revenge becomes a heroic saga against all odds towards home and redemption. The Revenant is directed, produced and co-written by Alejandro G. Iñárritu.

Life of Pi
Embark on the adventure of a lifetime in this visual masterpiece from Oscar Winner Ang Lee, based on the best-selling novel. After a cataclysmic shipwreck, an Indian boy named Pi finds himself stranded on a lifeboat with a ferocious Bengal tiger. Together, they face nature’s majestic grandeur and fury on an epic journey of discovery.

The Maze Runner
In this heart-pounding survival thriller based on the best-selling novel, Thomas (Dylan O’Brien of MTV’s Teen Wolf ) wakes up trapped in a massive, ever-changing maze with a group of boys who have no memory of the outside world. Facing dangerous obstacles at every turn — especially the deadly Grievers that roam the concrete corridors at night — Thomas and the others must race to piece together clues in order to discover their true purpose…and find a way out before it’s too late!

Independence Day
A disparate ensemble of heroes band together to defeat the alien invaders who are bent on exterminating mankind with formidable firepower. On July 2nd, communications systems worldwide are sent into chaos by a strange atmospheric interference. It is soon learned by the military that a number of enormous objects are on a collision course with earth. At first thought to be meteors, they are later revealed to be gigantic spacecraft, piloted by a mysterious alien species. After attempts to communicate with the aliens go nowhere, David Levinson, an ex-scientist turned cable technician, discovers that the aliens are going to attack major points around the globe in less than a day. On July 3rd, the aliens all but obliterate New York, Los Angeles, and Washington. The survivors set out in convoys towards Area 51, a strange government testing ground where it is rumored the military has a captured alien spacecraft of their own. The survivors devise a plan to fight back against the enslaving aliens, and July 4th becomes the day humanity will fight for its freedom. July 4th is their independence day...

Exodus: Gods and Kings
From acclaimed director Ridley Scott (Gladiator, Prometheus) comes Exodus: Gods and Kings, the epic tale of one man’s daring courage to take on the might of an empire. Using state-of-the-art visual effects, this spectacular adventure brings new life to the story of Moses(Christian Bale) as he defies the Pharaoh Ramses (Joel Edgerton), setting 400,000 slaves on a monumental journey of escape from Egypt and its terrifying cycle of deadly plagues.
PostTweetShare Share with WhatsApp Share with Messenger
Community Updates
Amazon DealsAmazon discount code
If you click through or buy, retailers may pay hotukdeals some money, but this never affects which deals get posted. Find more info in our FAQs and About Us page.
New Comment Subscribe Save for later
11 Comments
28th Nov 2019
Format says blu ray. Picture is 4k. What's the odds of receiving blu ray?
28th Nov 2019
I'm gonna wait for 8k.
28th Nov 2019

I knew I would have to explain this...

I linked what u normally see when selecting format and usually just blu ray means not 4K hence why there's a separate selection for 4k. That's where my question came from.
28th Nov 2019

How was Spiderman?
23rd Jan

I didn't buy it