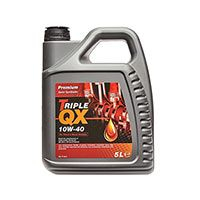 I should add that it would probably work fine in most cars ... As in the cars would start and drive fine. It's just it's a semi synthetic 10w40 and doesn't offer the protection of a fully synthetic 5w30 and now there's the newer 5w20 stuff that's coming on offer for ford ecoboost engines!
Edited by: "Superman_turbo_pro_3000" 2nd Feb
2nd Feb
Good chainsaw oil
2nd Feb

Haha. I didn't expand the notes ‌ but yea exactly.

So many people who don't service their car would be much better off swapping the black treacle in their engine for this stuff - regardless of what specification is meant for their cars.

The number of times you see cars out on the roads belching smoke out and personally I'm just watching and thinking "CHANGE YOUR OIL, LAZY #*&'$+^#..."
2nd Feb

That's fine probably should have put it at the top. I usually put 5w30 in my banger but at 145000 miles this stuff will be fine for mine and will probably suit others ‌
2nd Feb
Chain oil
2nd Feb

lot of mowers use a straight 30... best check
2nd Feb
Thanks for sharing... I have 1 old banger this will be useful for.
2nd Feb

lot of mowers use a straight 30... best check

Any 4 stroke engine oil will do the job, not to mention that multi weight oils are universally proven and just offer more protection when it's cold.

Even vegetable oil can allow a basic engine to run; 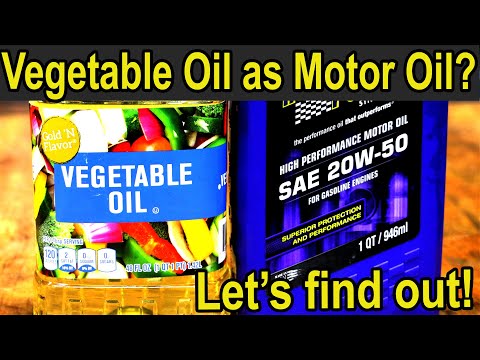 Is there any scientific non-anecdotal evidence that in-spec but cheap oil has killed an engine or reduced engine performance, lifespan or efficiency?
2nd Feb
For me-if you have a new/expensive/fast car or new engine build i'd pay good money for new oil-otherwise something like this would do. I've just bought a new (well new for me) '09 Focus Econetic with probably 100k miles on her and i've just got the 5w30 from the other deal for its service/oil change. When i had my mk1 Escort with newly built Crossflow engine i used Valvoline Racing oil every change.
2nd Feb

It's a fair point you make and I agree
2nd Feb
10w not best for winter starting but OK for older cars. 40 actually better for July heatwave traffic jams. Still better to change this every 5000 miles in newer car than do a more expensive 0/5w every 10000
2nd Feb
Mix with some gearbox oil all good
2nd Feb
5w-40 the way to go. 5w-20 is literally like putting water in your engine. 100k and your engine gone
2nd Feb
3.03% topcashback as well.

Car oil mustn't be used for motorcycles with wet clutches (most bikes). Wet clutches actually sit within the engine oil and car oil is too "slippery" and will lead to the clutch slipping (I'm no scientist, but i know this is true).

Some of the vintage BMW 'boxer engine' bikes have a separate clutch oil, and ducattis used to be famous for dry clutches, but I think most newer ducattis and newer BMW bikes require motorbike oil. Shell/Motul/Castrol seem to make motorbike specific oils.
2nd Feb

I purchased my 2008 400cc burgman from SUZUKI main dealer, when I asked about oil, they said just use normal 10w40 car oil, do not waste your money on special oils and they declined selling me any. Worked fine for 4 years.
2nd Feb

A 400cc burgmam is a 'Maxi Scooter' so it will have a dry clutch and variator drive train, hence why the dealership will have said its ok to use car oil.

I get the same 'advice' from motorcycle workshops (who sell expensive bike-oriented oils) and of course the manufacturers themselves.

Given the conflict of intererest, I'd like to know the facts and statistics behind this to make up my own mind.

Is there any scientific evidence which demonstrates that cheap in-spec 'car' oils shouldn't be used with motorcycles wet-clutches?
2nd Feb
What I do is buy a 5L of 10w40 and a 5L of 5w30 semi synthetic which is £20 for 10L using the discount code and do a 60/40 mix of both and change twice a year using the mix heavier with the 10w40 in the summer and the mix heavier with the 5w30 for through the winter.
Mixing the two just gives you an averaging out of the gravities, I run an old 2.0 Hyundai which is basically a detuned Mitsibushi evo engine. Been doing this with various cars for over 20 years now with no issues whatsoever. Obvouusly if you are running something fancy and funky then you need to follow the recommended path.
3rd Feb

"A car engine oil aims to reduce friction between moving parts in order to provide good fuel economy and efficiency. A motorcycle engine oil requires balanced friction characteristics as it needs to lubricate the wet clutch, which in turn transfers engine power to the drivetrain. If the friction level is too low, the clutch will not be able to engage and will cause slippage."

"Motorcycle oils and passenger car oils are very similar, with the exception of a couple of areas that are key to motorcycle operation. . . . "

"Is car oil bad for bike engines? I've got a cheap mate who insists on using basic supermarket car oil in his bike, no matter how many times I tell him it's not a good plan...

Usually yes, especially in a motorcycle with a wet clutch. Wet clutches depend on a precisely-defined friction coefficient of the oil whereas engine oils for cars try to reduce friction to a minimum in order to reduce fuel consumption and emissions. In a motorcycle this results in a slipping clutch."

"Can I use car oil in a motorcycle?
Car oil is designed to work in the engine, with a different oil in the gearbox. And the clutch is usually dry. Besides the fact that bike engines usually rev a lot higher, the oil in the engine also has to have additives that help it work with the much higher loads of a gearbox. Added to that, further additives will be used in order to work with the wet clutch inside most bikes."


I can understand the temptation to save a few quid trying to use car engine oil in a motorbike, but for the sake of saving maybe £10 why jeopardise your drivetrain?

Ultimately on a motorbike (with a wet clutch) you are putting your life at risk by using the wrong oil which isn't something I recommend to anyone.

Stay safe and use the correct oil for your bike.
3rd Feb

I've asked the same question on many a forum and no-one has ever been able to provide any scientific evidence, but you always get the same old comments of "crap oil, buy magnetic," etc, usually from those who have never researched oil classifications and have no understanding of standards and what the API, etc. mean.
3rd Feb
After reading the many posts above. Don't mix oils or put this in or that in. Look at your cars handbook and select your required oil from that.

changing every 5k miles is very destructive for the environment. just use the correct oil and change at the correct mileage (don't worry about the length of time unless you have a new car and want to maintain warranty) for your car eg 10k or 12k miles.
3rd Feb

Not as simple as that I'm afraid. Fresh oil means better mpg and better emissions so running a car with old oil is worse for the environment in that respect. Also if you dispose old oil properly via recycling centres its recycled into useful stuff not just thrown away. With regards 'correct oil' this will be different in Scottish Highlands as opposed to central London as depends on summer winter high lows, altitude and most common driving style, i.e. Motorways as opposed to town traffic.
5th Feb
Anyone received their order?
I have not received it and when I look at `my orders` on the ECP website it has disappeared.
I got the order confirmation email etc but it seems to have been removed from my order history.