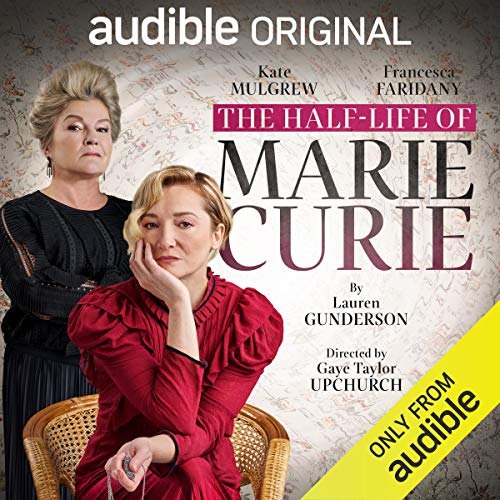 Some interesting audiobooks are free here to pick up on Audible.

Description
In 1912, scientist Marie Curie spent two months on the British seaside at the home of Hertha Ayrton, an accomplished mathematician, inventor, and suffragette. At the time, Curie was in the throes of a scandal in France over her affair with Paul Langevin, which threatened to overshadow the accomplishment of her second Nobel Prize.

Performed by Kate Mulgrew and Francesca Faridany at the Minetta Lane Theatre, this play by Lauren Gunderson is an ode to two remarkable women who, despite tremendous personal and professional obstacles, continued to devote their lives to scientific innovation and social change. 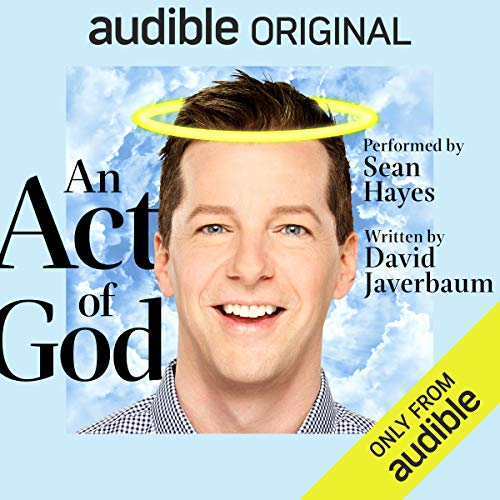 An Act Of God

The One with the first and last word on everything has finally arrived to set the record straight. After many millennia, and in just 90 minutes, God (assisted by his devoted angels) answers some of the deepest questions that have plagued mankind since Creation. 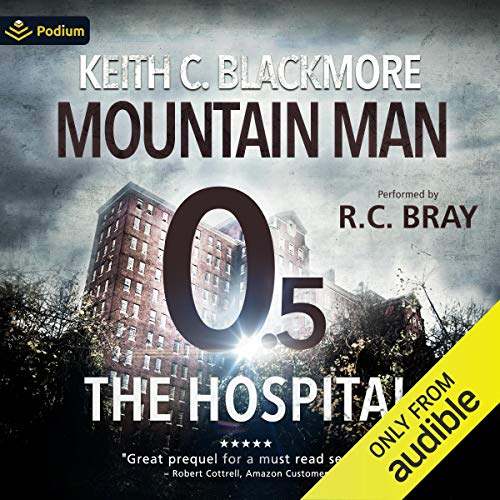 "Mountain Man" Augustus Berry is a survivor in undead suburbia. He scavenges what he can from what's left over. He is very careful in what he does and where he goes, taking no chances, no unnecessary risks, and weighing every choice... until he decides to visit the hospital at the edge of town, and experiences terror the likes he's never encountered before. A short story of approximately 9500 words. The first story of the "Mountain Man" series. Contains language and graphic violence. If you enjoy this, check out the rest of the series. 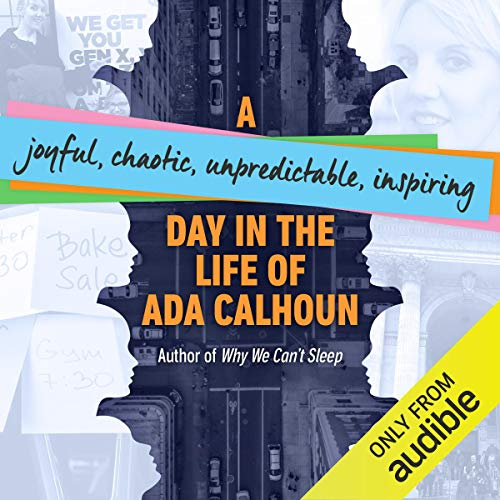 A Joyful, Chaotic, Unpredictable, Inspiring Day in the Life of Ada Calhoun

Follow along as Ada Calhoun and Audible editor Courtney Reimer—both Gen X women living the chaos and joy Calhoun chronicles in her new work, Why We Can't Sleep — go about their busy days to illustrate the universality of the modern midlife crisis. You’ll hear the many sounds of a life fully lived amid commuting, dining, parenting, and preparing for all the obstacles family and career might throw in the way. 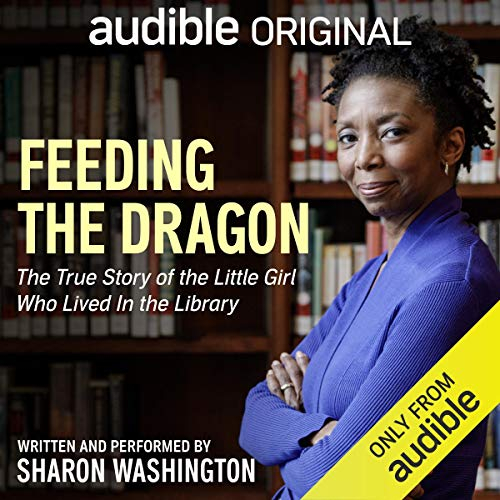 For a book-obsessed kid with a big imagination and a flair for drama, could anything be luckier than living in a library? Capturing her remarkable childhood and its impact, Sharon Washington's autobiographical Off-Broadway show brings its sense of wonder and bittersweet realism into your home and heart as an enthralling audio experience. Only from Audible, Feeding the Dragon celebrates the role of books in opening Washington's mind to worlds of possibilities - including a career in acting. 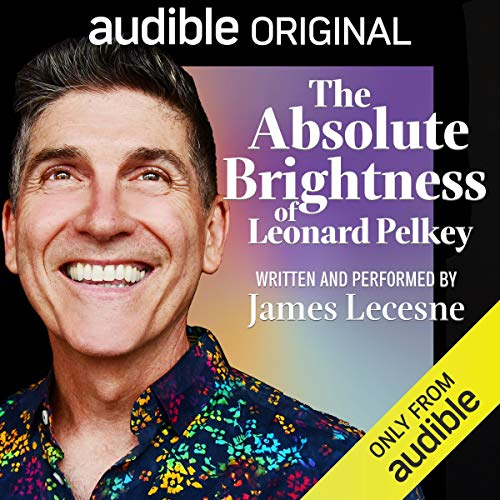 The Absolute Brightness of Leonard Pelkey

Writer of the Academy award-winning short Trevor, founder of The Trevor Project (a 24-hour nationwide crisis hotline for LGBTQIA+ youth), and stage and screen actor, James Lecesne performs his hit off-Broadway play, The Absolute Brightness of Leonard Pelkey. This live performance of a powerful police procedural comes to life through the artistry of James Lecesne and is accompanied by the original music of Duncan Sheik. James portrays every character in a small Jersey Shore town as he unravels the story of Leonard Pelkey, a tenaciously optimistic and flamboyant 14-year-old boy who has gone missing. A luminous force of nature whose magic is only truly felt once he is gone, Leonard becomes an unexpected inspiration as the town’s citizens question how they live, who they love, and what they leave behind. 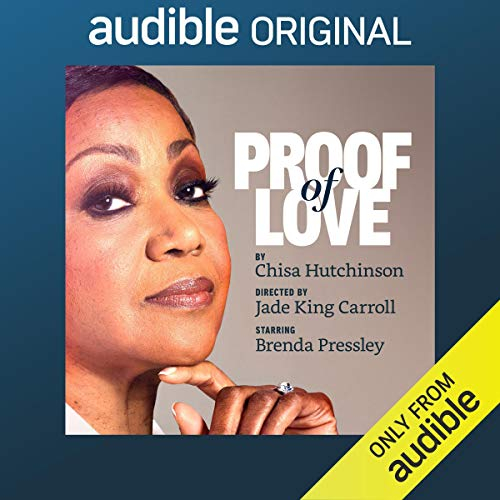 Constance thought she had a happy life and a loving husband. Suddenly, a tragic accident splinters her upper-class black family—and forces Constance to face uncomfortable truths about her marriage and herself. Proof of Love is the explosive, funny, and moving new one-woman play by Chisa Hutchinson, member of the first class of talent supported by the Audible Playwrights Fund. 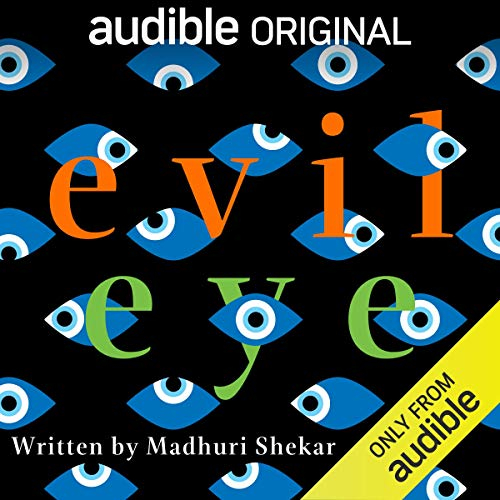 Usha is convinced that the Evil Eye, a curse that brings continuous misfortune, was cast upon her daughter, Pallavi, in the womb. What else could have possibly left her driven, career-oriented daughter edging closer and closer to 30 without a prospective husband? Determined to set Pallavi on the right path, Usha arranges date after date with potential suitors—but after yet another setup fails, it seems her efforts are proving fruitless. But in an unexpected turn of events, Pallavi becomes her own matchmaker when she meets—and quickly falls for—Sandeep, a young Indian-American entrepreneur. And though she expects her mother will be elated with her finally finding a man, Pallavi is distraught and confused to find her mother growing increasingly suspicious of Sandeep’s motives…and his true identity. 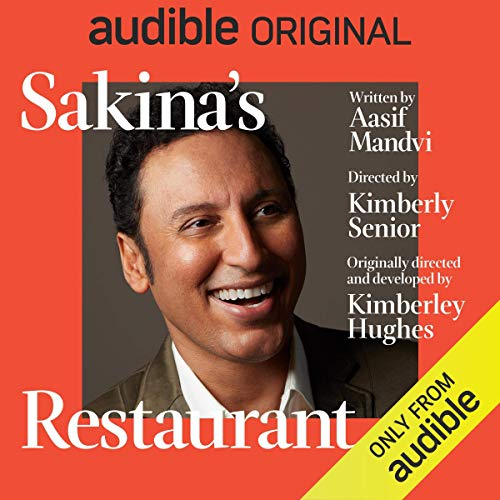 Sakina's Restaurant breathes new life into an age old story: the emotive tale of an immigrant coming to New York in pursuit of the American dream.

Actor, comedian, and writer Aasif Mandvi originally performed his Obie Award-winning solo show off-Broadway 20 years ago. This past October, the iconic play was reimagined and produced by Audible for a limited run at Minetta Lane Theatre in Manhattan's West Village.

You are welcome - hope all goes well with you ?
22nd Mar
Pile of bones not showing free for me, thanks for the others
22nd Mar

Pile of bones not showing free for me, thanks for the others

Strange, definitely showed free when I posted, but now doesn't - thanks for letting me know - fixed now
22nd Mar

You are welcome - hope all goes well with you ?

Yeah good thanks mate, just staving off cabin fever mate with a little mental work to keep busy (studying, sorting files) and hukd (building steam, epic, kindle and audible libraries up with freebies) to have a little fun.

All well buddy, just this semi lockdown with kids at home and no school etc is a bit hard to manage, but trying to keep the chin up and hoping we will be able to all overcome this soon.
22nd Mar

Feel for you buddy but it'll be over soon, summer will be here and we'll all feel relieved.

We've (all) just got to slow down this fast pandemic so our valued health services can cope.
Edited by: "Maevoric" 23rd Mar
22nd Mar

Lets hope so mate, really scary spread right now
22nd Mar
Amazing thank you. Will have to have a gander for free kids audiobooks too keep us all entertained and calm
22nd Mar
Cheers heat added
23rd Mar
There used to be a fair few free audible books - does anyone know how you can search for them or are they mostly gone now?
23rd Mar
Thanks matwalaboy. I've never really got into audiobooks, as my mind tends to wander, which doesn't happen when reading, which I love. These books gives me the chance to have another go, without splashing the cash.
Cheers!🌞
23rd Mar
23rd Mar
Heat
23rd Mar
Very good buddy
23rd Mar
Can I just say this is a way for you to join audible then it goes onto subscription payments. I only buy audible though these new originals are a way to entice people to subscribe I think. Maybe I’m wrong but that’s my exper