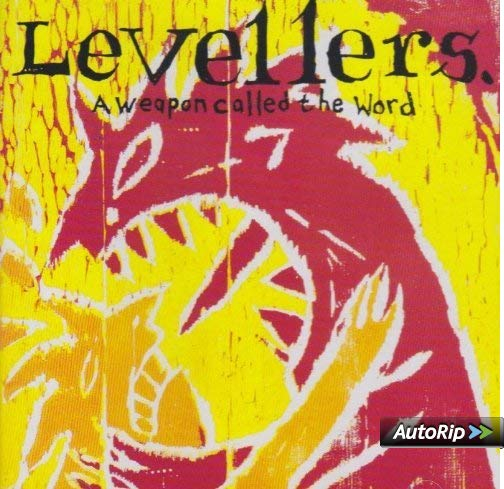 The Levellers record label, On The Fiddle Recordings, is re-issuing the band’s debut album “A Weapon Called The Word” which was originally released by the French label Musidisc in 1991. Having already gained a considerable reputation as a formidable live band with a couple of EP’s under their belts, the release of “A Weapon Called The Word” signified the beginning of a career that has, so far, spanned two decades. The stand out songs from the album such as “Carry Me”, Together All The Way” and “England My Home” are still being played regularly in the live set today. “A Weapon Called The Word” is the only Levellers album to feature contributions from founding member Alan Miles who was subsequently replaced by current vocalist and multi–instrumentalist Simon Friend.

4. Together All the Way

5. Barrel of the Gun

7. I Have No Answers

10. The Ballad of Robbie Jones

I second that, I have seen them live too many times to count.
11th Feb
Ok I’ll say it - I prefer Levelling The Land
11th Feb
Loved this lot whilst growing up, not sure why people got snotty about their music.
11th Feb
They were great live - they are most probably still great live - but 15 years was that song for me. Have some old memories heat
11th Feb
Well there was robbie jones he used to walk so tall you know he hurt noone at all, chased the girls around the world danced them round the danceflooooooor..... ahh, formative years.

My first concert was these guys with Back To The Planet supporting (another ace band, recently knocking out new stuff again)
11th Feb
They're all public school boys
12th Feb
Ordered yesterday, came today but it's the black vinyl version.