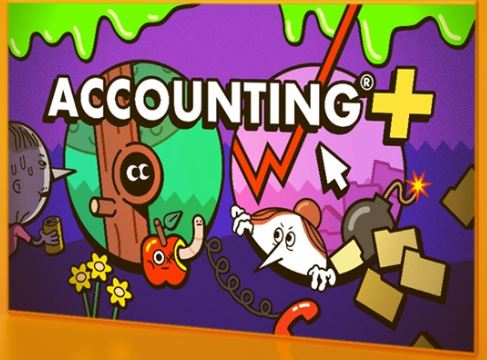 Daily deal is back for the oculus quest and supposed to be a pretty good game.

How long have these goggles been pressing into my flesh? What began as a small game jam between William Pugh (The Stanley Parable), Dominik Johann (Minit) and Justin Roiland (Rick and Morty) is now—two years later—an aberration of warped technology, weird worlds and strange, disturbing creatures. Since its debut, Accounting has tripled in size, mutated into an intricate labyrinth of forbidden virtual realities. With countless more secrets to discover if you have the stomach to brave the dangers of new characters brought to life by a cast of comedic legends (Rich Fulcher, Reggie Watts, and Justin Roiland). DANGERS - If you die in VR, you die in real life. - Do not play after midnight. - Achievements linked to unforgivable acts of human corruption. - A way better soundtrack than a VR game soundtrack has any right to be. - Subtitles and translations for 9 languages. Wow, internationally dangerous! - The vacuum of space. Yeah that dangerous. - And unfortunately: The Cops.
PostTweetShare Share with WhatsApp Share with Messenger
Community Updates
Oculus Deals
New Comment SubscribeSave for later
13 Comments
5th Jun
At 6.99 it is worth a buy but think of it more as buying a cinema ticket or something.
5th Jun
Picked it up in the last sale. Wouldn’t recommend, can complete it in about 20 minutes and the “comedy” is stupid.
5th Jun
No idea how it got good ratings in the store. I guess if you LOVED sausage party you might perhaps like this. The humour is pushing the definition of the word and it had nothing else going for it. I paid less than this price and felt I wasted my money.
5th Jun
Its really good,was enjoying a lot and then......it ends,suddenly,game over apart from playing through again to get different endings.The game was so short,i felt ripped off even though i got it cheap.
5th Jun
Had this for a while but still not got round to playing it.
5th Jun
Death lap for under a tenner as I have racket fury already seems money better spent. Got 6 days to decide too. Voted hot as reasonable discount though. Cheers OP.
5th Jun
Marmite game. Off the wall irreverent humour. Personally i thought it was very funny. Admittedly short but there are secret levels. Well worth the sale price. As with every other Quest game btw, if you don't like it you can get a refund within 14 days of purchase on the provisor you've not played it for more than 2 hours- so nothing to lose really!
5th Jun

Agreed. I can't stand the "joke" which is basically that characters endlessly shouts at you while you're trying to play.
5th Jun

Cheers for the heads up on the package deals, they weren’t showing for me before.
5th Jun

No worries can’t see how much it is but they always seem better value than individual games too.
5th Jun
Buy it, play for less than 2 hours and you can get a full refund. It's pretty much a no quibble guarantee.
5th Jun

Very true I never seem to manage to play enough in the 2 hour or more than often 2 week timespan. Also had a bd experience with support that I can elaborate on.
6th Jun
such a weird game. have it on psvr