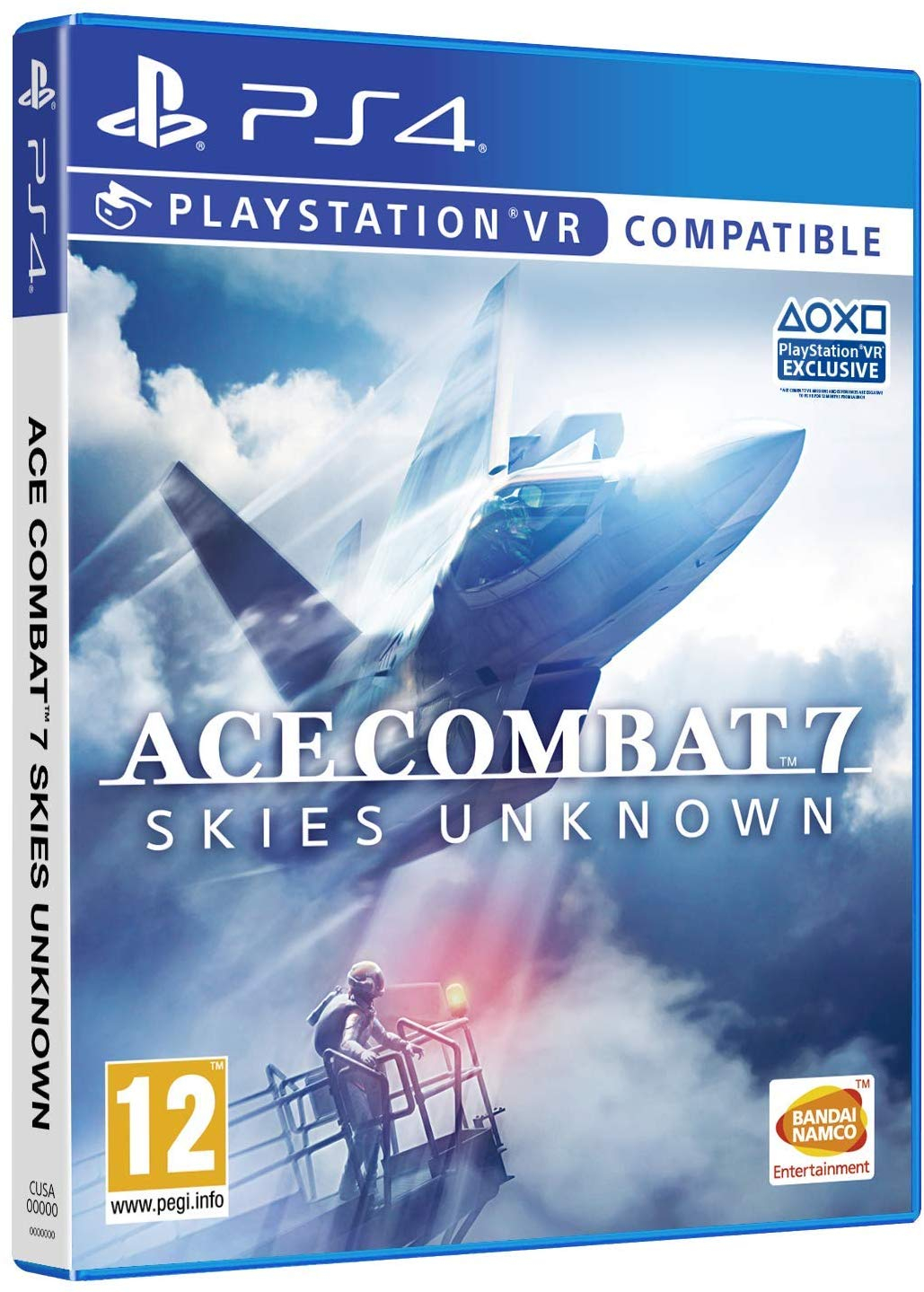 Putting gamers in the cockpit of the most advanced war planes ever developed, ACE COMBAT 7: Skies Unknown delivers a fierce air combat experience through photorealistic visuals, intense dog-fighting action, a multitude of authentic and futuristic aircraft to fly, an immersive storyline, and even virtual reality! 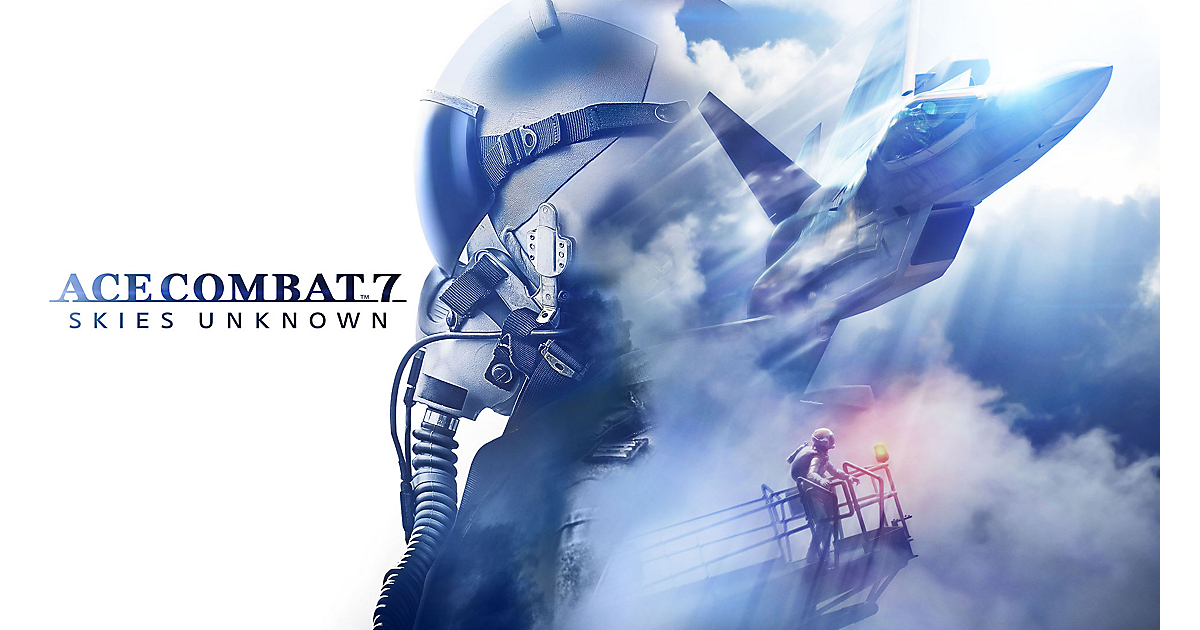 To be frank with you, this is one the few games on PS4 that I'd say it is worth the money you pay for. There is no other game like this on the platform and graphically it is just a gorgeous looking game. It is not a VR only game. The normal campaign is around 15-20 hours long (depending on your play style) and then there is online mupltiplayer too.
27 Comments
29th Jan
Heat - Picked this up in the Xmas PSN sale but not played it yet
Edited by: "BubaMan" 29th Jan
29th Jan
Still needs to be cheaper for me. Only a couple of VR missions? If they were all VR this would already be in my collection...
29th Jan

To be frank with you, this is one the few games on PS4 that I'd say it is worth the money you pay for. There is no other game like this on the platform and graphically it is just a gorgeous looking game. It is not a VR only game. The normal campaign is around 15-20 hours long (depending on your play style) and then there is online mupltiplayer too.
29th Jan
Certainly a very impressive looking, and technically accomplished game. Handles and plays perfectly. I just got bored after maybe 10 missions, clearly air combat just isn't for me.
29th Jan
This is Afterburner for the current generation.
29th Jan

This is Afterburner for the current generation.

The Ace Combat series has been out since the mid 1990's.
29th Jan
I think it’s worth a score for the 3 VR missions. Hope they add more. Makes you feel like maverick! Looking up and round at the enemy as they flyby is incredible especially with the speakers at full blast and the water on the glass as you burst through the cloud is also really good. Could never play the normal screen version now.
29th Jan

This is Afterburner for the current generation.

The Ace Combat series has been out since the mid 1990's.

Totally aware of that, but it is today's Afterburner.
29th Jan
I do enjoy the recent act combat, as I played infinity on the ps3 as well. Not a huge fan of the MP though, as it just turn into 8 planes doing big circles whilst spamming homing missiles. I ended up playing a few missions using on screen controls whilst remote playing in my phone away from home. Despite quite the input lag, and generally making it hard as to manoeuvre with on screen controls, I ended up winning a 6 person battle royale.
29th Jan
Great price! Great game, campaign is short but enjoyable and warrants replay with different planes/loadouts. MP is fun for a while, especially when you get some of the MP parts on the aircraft tree. I got about 94 hours of enjoyment out of this one according to PlayStation highlights. Worth the money!
29th Jan
How active is the MP ? Wouldn’t mind trying for the platinum.
29th Jan
Playing at the moment. Tough as nails bit great fun. Saving the VR missions for last as I know I won't want to play in 2d after.
29th Jan
Sods law got it yesterday from Amazon £24.99🥴
29th Jan
YES! Thanks Mixi! I was contemplating on getting the digital version around a month ago as couldn't find anyone selling it for £20 or less!
29th Jan

Worth Contacting customer services to see if they will price match

They don't do price match anymore spoke to them in November about something. Thanks anyway 🍺
29th Jan
It's still £49.99 on the play store 😯
1st Feb
This game is good esse. Nice one.
1st Feb
Great Game!!! The Vr is amazing
1st Feb
Pretty sure this game only runs at 40fps on the PS4 and 30 the xb1. It's only worth it if you have the pro and X consoles as they boost frame rate without that it's terrible to play. 60 fps on the pro and X
Edited by: "dandoc2" 1st Feb
1st Feb
I remember going to the Trocadero in the 90's just to play the G-LOC R360 game, no flight game has come close since.
Edited by: "snatch_master" 1st Feb
1st Feb
Theres a play more pay less promo too, knocked £1 off for me (5%) so deal should be updated to £18.95
Edited by: "snatch_master" 1st Feb
2nd Feb

Just send it back?
2nd Feb
The story in this is terrible, horrifically bad even for a jap production. The gameplay is pretty good but the protect x from y sub missions get mega boring fast.
2nd Feb
Is it worth buying with controller thing
3rd Feb
Out of stock now.