Per camel was priced at 399.99, so might be worthwhile holding out over the coming days, who knows

Seems like a good price compared to equivalent 49" monitors.

Great for those sim racers limited to a single screen setup Vs triples.

3840 x 1080 pixels
PostTweetShare Share with WhatsApp Share with Messenger
Community Updates
Amazon DealsAmazon discount code
If you click through or buy, retailers may pay hotukdeals some money, but this never affects which deals get posted. Find more info in our FAQs and About Us page.
New Comment Subscribe Save for later
Top comments
23rd Nov 2019

it was a pricing error. I ordered one that didn't go through when it happened.

Kicking myself for not grabbing at this price; where was HUKD
23rd Nov 2019

it was a pricing error. I ordered one that didn't go through when it happened.

There is a thread on here somewhere I am sure.
23rd Nov 2019
I have a 34” 21*9 Predator. I wouldn’t want anything bigger for 1st person. You’d end up playing in windowed mode as you don’t take in the peripheral detail. Driving, flight and general productivity though would be good. That’s a lot of monitor for the £
23rd Nov 2019

Hmm I guess it is then

But surely that's more like the real world no? We dont take in all the detail of our real peripheral vision do we?
24th Nov 2019
That’s why it’s “peripheral”, but it just struck me playing eso that the 130 or so degrees of horizontal FoV humans have, at the distance I was from my monitor was about right, if not too wide. An even wider monitor at that seating distance when trying to show what a human sees just didn’t feel right. YMMV. Not knocking the monitor or the deal (hot).
29th Nov 2019

Same here, agree with your post
29th Nov 2019
These sort of monitors are kind of like hummer limos.... it would turn your head sure, but you wouldn't want to actually own one as they're about as practical as a pet elephant
29th Nov 2019

No I'll stick with 16:9 and 21:9 custom resolutions for those rare occasions. Though I can appreciate why something like this would appeal to a hardcore race/flight sim fan.
29th Nov 2019
I'm just imagining half life 2 on this.
29th Nov 2019
Can it be used/mounted vertically? would make reading HUKD threads more enjoyable
29th Nov 2019
1080p though...
29th Nov 2019

I thought that, it would feel like I had a was looking it through Tackanka's helmet (Siege pun)!

I've recently bought a 43" 32:10 monitor. I use it for work, where it functions as two 1920x1200 screens, and for gaming, where I use the full resolution at 120Hz. Has built in USB hub so everything just switches from work laptop to personal PC by switching inputs. No annoying bezel to worry about when playing FPSs. Can't fault it so far!
29th Nov 2019

Come on man, gaming on something like this is nothing short of a chore. Besides the fact that the vast majority of games are designed to be played at no more than 16:9, your neck would be utterly trashed from an average gaming session due to the fact that your central vision is limited to a 30° field, so your head would be spinning around like a flippin lighthouse
29th Nov 2019

Dimensions look massive. I don't undertand how laptop screens are so thin, and yet most monitors have a massive footprint. Saying that though, that monitor looks nice
30th Nov 2019

For CS:GO I do limit the monitor to 16:10 as I'm more interested in maintaining as high frame rate as possible and my PC hardware is not the newest.

For any casual FPS game, RPG, racer, space game - you name it- the super ultrawide gives you insane immersion. The extra real estate is mostly peripheral - you're not actually turning your head to the left and the right...

I got a Samsung C43J892 from eBuyer, I think it was a little bit cheaper than this deal. I mostly picked it for the KVM (USB hub) support, gaming is secondary for me these days (but I wanted at least 120Hz).

It has "picture in picture" and "picture by picture" support. So yes, you could put two inputs side by side, e.g. a PC and Mac. Then, plug your keyboard, mouse, headset, webcam, trackpad etc. into the monitor itself (there are 3 USB ports to use I think, but I guess you could use a hub as well). There's two upstream USB ports so you plug one into your PC and one your Mac. Then the USB devices switch to the correct system when you switch sources. If you are using picture-by-picture to view both, there is a dedicated button to switch the USB from one system to the other. Also, if your (for example) laptop supports it, you can plug in via a single USB-C port and get charging, display and USB devices in one cable (I haven't personally used this as I use HDMI and DisplayPort).
30th Nov 2019

The is something called mid and far peripheral vision. 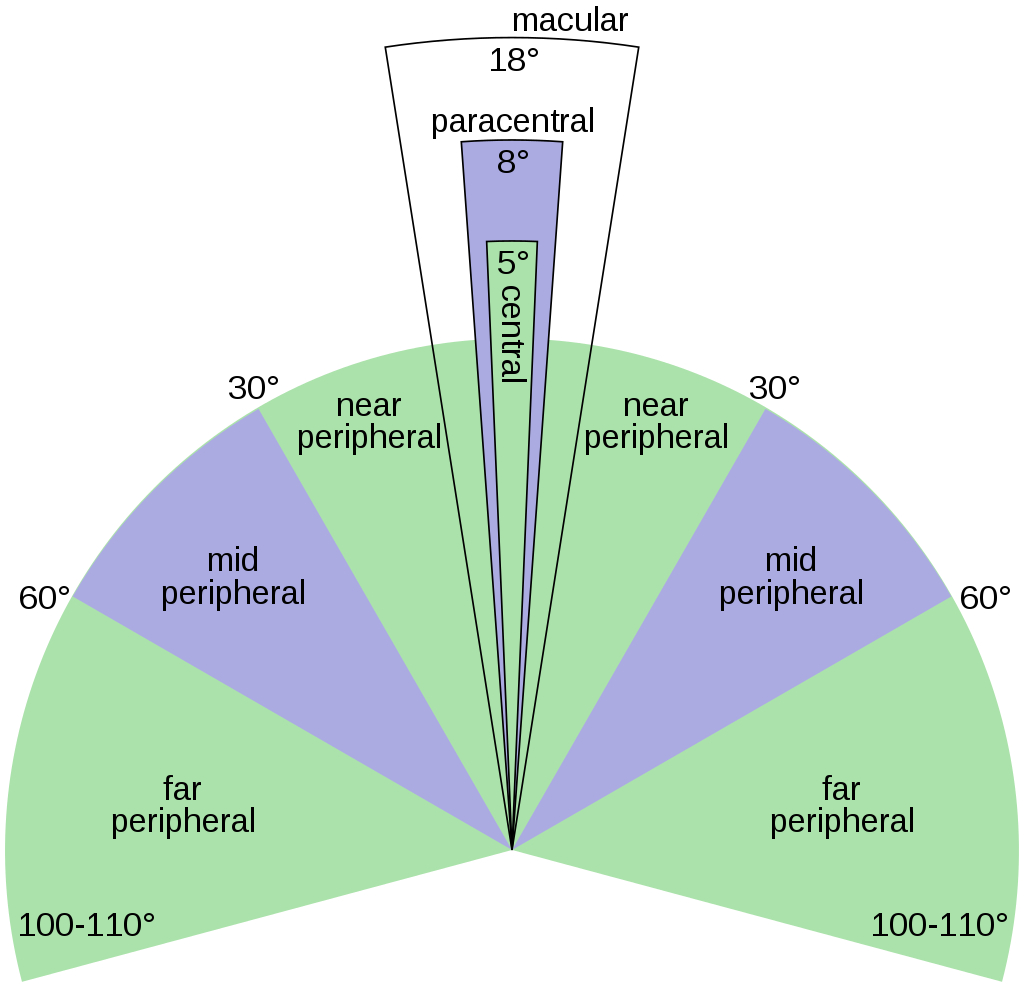