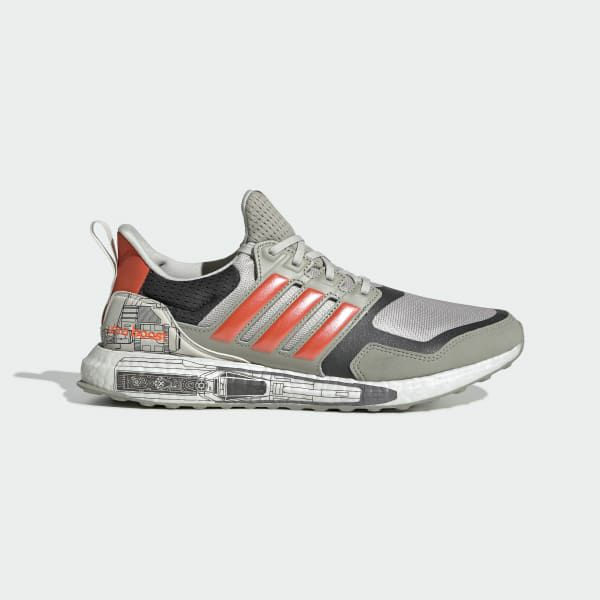 It’s that time of year again: the next instalment in the Star Wars series is coming, and to celebrate, adidas has produced this X-Wing inspired sneaker. Underneath, its an UltraBOOST, and employs all the shoe’s classic production techniques, including a Stretchweb outsole and adidas’ own torsion system. Technical mesh and leather overlays are used to fashion the uppers for a look that’s performance based yet premium. The showstopper, though, is the outline of the X-Wing on the midsole which is partnered with pearlescent orange tri-stripe branding that further alludes to the spaceship.

Does anyone know where I can get these in size 11?

Tattoine
18 Comments
15th Aug
Does anyone know where I can get these in size 11?
15th Aug

Does anyone know where I can get these in size 11?

Does it light up?

Nah sold out, I tried there

I hate to tell you but... there was a battle and... Alderaan is gone, destroyed by the empire.
15th Aug
Got excited for a second and once again find only sizes available are for children and Peter Pan. Do these ever go on offer in normal sizes?!?
15th Aug

Oh. OK dont go looking for Ultraboosts there. Got it. Thought I felt a tremor or something...
15th Aug
So tempted.. picked up the R2D2 Nite Joggers last week, and just had a pair of Air Max 720 x undercover delivered this morning can I really justify another pair
15th Aug

Nah sold out, I tried there

I find your lack of faith disturbing.