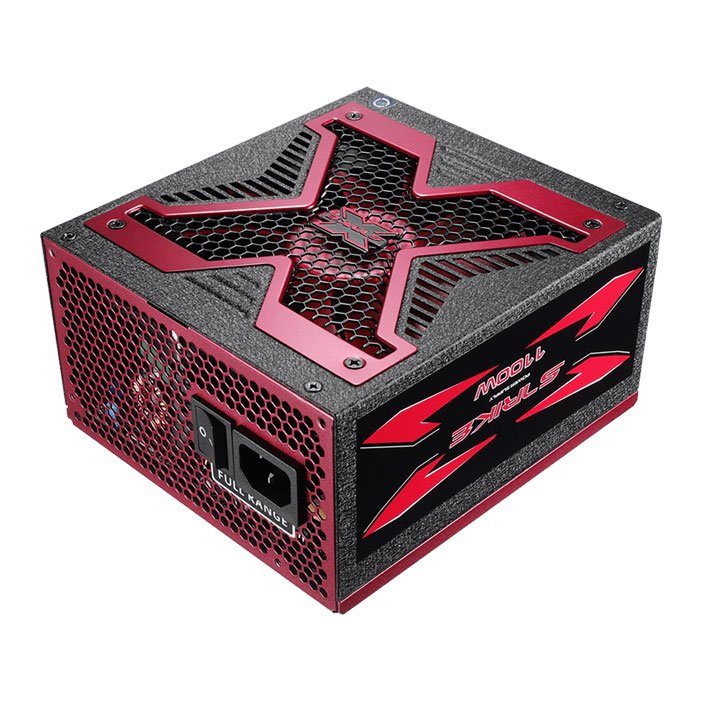 This new deal from Scan looks very interesting if your looking for a high wattage, semi modular power supply.
PostTweetShare Share with WhatsApp Share with Messenger
Community Updates
Scan DealsScan voucher codes
If you click through or buy, retailers may pay hotukdeals some money, but this never affects which deals get posted. Find more info in our FAQs and About Us page.
New Comment Subscribe Save for later
Top comments
5th Dec 2019
I would not touch this Aerocool PSU with a barge pole. Their newer P7 series are much better.

edit: guys, do the math. This gutless wonder costs 100 quid, if it expires after its warranty period of 2 years that's a £50/year cost. A reputable PSU like the Corsair RMx 1000W costs £170 but is warrantied for 10 years, that's only £17/year. Yes, you might get lucky and the Aerocool lasts 10 years... you also might get unlucky and it kills everything connected to it.

The PSU is the one component you never ever skimp on. A good one will last you through many system upgrades, a bad one will shorten the life of your components, assuming it doesn't destroy them. Not to mention many of these super-high-wattage-but-super-cheap PSUs aren't capable of putting out anywhere near what they claim.
Edited by: "Ian_Kemp" 5th Dec 2019
27 Comments
5th Dec 2019
I would not touch this Aerocool PSU with a barge pole. Their newer P7 series are much better.

edit: guys, do the math. This gutless wonder costs 100 quid, if it expires after its warranty period of 2 years that's a £50/year cost. A reputable PSU like the Corsair RMx 1000W costs £170 but is warrantied for 10 years, that's only £17/year. Yes, you might get lucky and the Aerocool lasts 10 years... you also might get unlucky and it kills everything connected to it.

The PSU is the one component you never ever skimp on. A good one will last you through many system upgrades, a bad one will shorten the life of your components, assuming it doesn't destroy them. Not to mention many of these super-high-wattage-but-super-cheap PSUs aren't capable of putting out anywhere near what they claim.
Edited by: "Ian_Kemp" 5th Dec 2019
5th Dec 2019

I would not touch an Aerocool PSU with a barge pole.

looks like the XFactor has thrown up over this thing

hahahhaha and it doesn't have the X Factor either ..
5th Dec 2019
Not sure why a questionable power supply is focusing on aesthetics over function..
5th Dec 2019
Would rather have a cheaper lower wattage coolermaster or corsair as it wont catch fire.
5th Dec 2019

Aerocool psu's look good but thats where it stops. They use cheaper caps on their ranges and despite it being gold rated for efficiency thats where it stops. They use a company called andyson to manufacture them and so far most built by them are poor.
5th Dec 2019
How do you define a cheap capacitor?
Have you known of any Aerocool psu's to fail due to this?

Difference is with higher-tier manufacturers like Corsair, a bad PSU is the exception rather than the rule. With lower-tier players like Aerocool, it's not.
5th Dec 2019
According to reviews the P7-750 is a worthy psu, it was that or spend £200 on a fanless psu.

Every PSU company has made some bad PSUs and some good ones. Aerocool seems to have a bad reputation but doesn't mean they haven't made some good PSUs. I wouldn't get defensive about it. Also... the P7 is listed as tier 1 anyway so if you think it's bs then that's a bit contradicting to your point
5th Dec 2019
I read around 5 reviews, did some further reading, I was happy with the specs.
I'm not defensive at all (about a psu !!!), this guy rates stuff without even owning the gear, that is all I know through what has been said on this forum.

Has he got in degree in this field?
5th Dec 2019
Grading PSUs by tier has been around for years. All based on actual test on build quality, component quality and actual power delivery ability.
Many PSU suppliers outsource their manufacture to other companies who then just brand them. Depending on where in the range that PSU sits, it could be a cheap component model or the dogs danglies.
A PSUs efficiency rating is only based on power consumed vs power output. That doesn’t cater for longevity or stability.
5th Dec 2019
Depends also how much you are prepared to spend.

Got this as well, nice connectors, they do not make them that way anymore.
velocityreviews.com/art…63/
5th Dec 2019

You have a valid point.

The PSU listed here, the Strike-X 1100W is... not great. It's a unit from 2012 (no, that's no a typo) with poor ripple suppression and almost no reviews around the web. It's probably not as bad as some of Aerocool's earlier units, but I would not bet on it being able to sustain 1100W. And I would not allow it in my system.

But around 2017, Aerocool decided to focus more on making good products and the Project 7 series is the fruit of that. The P7 PSUs are based on a well-reviewed Andyson platform that is proven to hit 80+ Titanium levels and backed by a 7-year warranty (for some reason Scan only shows 1 year). I would happily use an Aerocool P7 power supply unit in my personal system. (I'm also interested to know what you paid for yours - I assume you bought on Black Friday, although I don't recall seeing that model listed as a special on Scan's website at that time.)

Hence my blanket, flippant statement "I would not touch an Aerocool PSU with a bargepole" was incorrect, and I have edited it to more accurately reflect that I would avoid this particular model of PSU. Aerocool has made mistakes in the past and they are now making an effort to rectify them, it takes time to build up a reputation (particularly if said reputation was poor beforehand) and I most certainly do not want to discourage the company from trying to continue to improve and release good products.

So honestly, thank you @Gort1951 for keeping me honest. My intention was not to spread inaccurate information, but rather to warn people who might think they are getting a bargain, when they are actually getting a lemon.
5th Dec 2019
Bought it about a week before Black Friday, think I paid £87 from CCL.
x570 Motherboard will be next.
5th Dec 2019

I would like to see a bad seasonic power supply actually. Even one sold under a different name? Please supply links..
6th Dec 2019
STRIKE X'?
Considering 1100 watts from that same size form factor box I would doubt it could be done reliably for that money. I cannot find a review of this particular unit but Kitguru reviewed the 800 watter.
kitguru.net/com…ew/
Oh dear.. Teapo capacitors, bad ripple suppression on the 5 v rail (thats the one that goes 'bang' when you turn the machine on, a common fail on cheap units so that doesnt look good),
The efficiency fell short of the stated silver.
I do have serious doubts about this firms entire range.
Overclockers U.K. stated (for the bronze 'integrator' units) the return/fail rate on the shop builds was very low,1.5 or 3%, cant remember which, sure you can find it)
But. Their standard warranty on a cheap gamer rig was only 12 months and the vast majority of sales would have been 4/6 thread intel cpu's, GTX 1060/ 500 watt integrator psu pc's.
The truth always comes out in the small print. (specs)
Basically as soon as overclockers U.K. built a 'cheap' RX 580 rig they put a 600 watt integrator in it.
I think we can transfer overclockers experience (and lack of confidence) over to this 1100 watt unit and call it unfit for purpose TBH.
Nobody should spend that much on such a short lived product.
Anybody who NEEDS 1100 watts PSU shouldnt be looking at AerowGnk.
6th Dec 2019

In your dreams.
guru3d.com/art…tml
If you are talking about a 700w psu you are still talking la la land, the pc spends most of its time doing practically nothing so for an i9 /5700XT I would indeed buy a 550 ish watt gold power supply.
Overclocking an i9 would do practically NOTHING in gaming with a 5700XT. _
(Might as well buy a 3600/3700X?)
No, nobody buys an i9 to play kids MMO's at 350FPS. The 7600k , 8350K, 9600k would do that.
The 5700XT might not be a great match, I doubt it has been tried.
But nobody running your proposed combo needs a 700 watt power supply.
8th Dec 2019
Ive ordered one for my new build... to achieve gold standard the caps and stuff need to be to a certain standard.
I don't need anywhere near 1100W but talking to their sales guys off the cuff its a deal because they've ordered like LOADS for a project build for the MoD.Lets see...