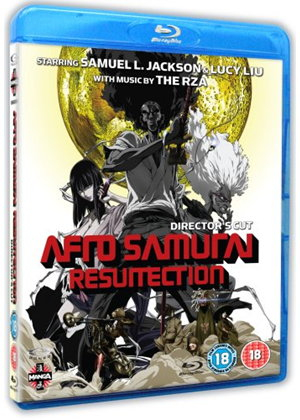 £3.99£6.4939%Base.com Deals
Community support0
Get deal*Get deal*
Community support
0Get deal*Get deal*
Posted 11th May
Samuel L. Jackson voicing Anime. Surely it doesn't get better than this.
PULP FICTION's Samuel L. Jackson once again brings his trademark cool to this feature-length animated sequel to the hip series. After having finally come to the end to the bloody trail he cut to avenge his father’s murder, Afro (Jackson) can’t enjoy a life of peace for long before some of the collateral damage he left in his wake strikes back with her own brand of vengeance. Lucy Liu and Mark Hamill also lend their voiced to his strikingly animated mash-up of samurai life and hip-hop culture featuring the musical talents of RZA.
PostTweetShare Share with WhatsApp Share with Messenger
Community Updates
Base.com DealsBase.com discount code
New Comment Subscribe Save for later