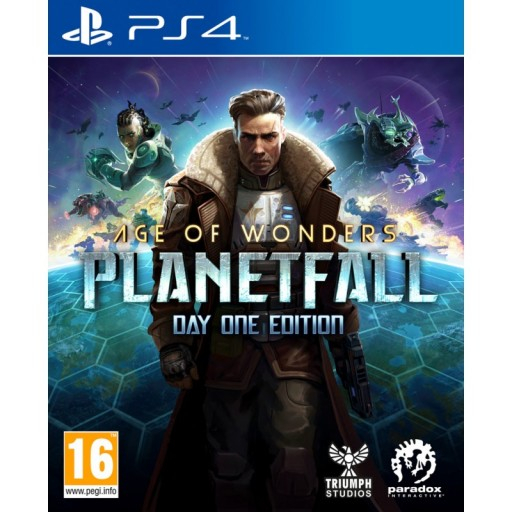 Age of Wonders: Planetfall Day One Edition [PS4]/[Xbox one] £8.95 @ The Game Collection

DESCRIPTIONPARAGON NOBLE PRE-ORDER BONUS
In Age of Wonders: Planetfall, players will explore the remnants of the Star Union, once a vast empire connecting thousands of worlds, but its people have been left isolated and stranded following the Collapse. Hundreds of years later, separation has turned siblings into divergent factions, out to rebuild the world as they see fit.
Emerge from the cosmic dark age of a fallen galactic empire to build a new future. Build an empire with one of six unique factions, ranging from the militant Vanguard to the dinosaur-riding Amazons and the cyborg-zombies of the Assembly. Progress through each faction’s missions using wits, military strength and diplomacy, exploring planetary ruins and encountering other survivors as the history of a shattered civilization unravels. Fight, build, negotiate and technologically advance a path to utopia in a deep single player campaign, on random skirmish maps, and against friends in multiplayer.

Game Features
PostTweetShare Share with WhatsApp Share with Messenger
Community Updates
The Game Collection DealsThe Game Collection promo code
New Comment SubscribeSave for later
4 Comments
8th Apr
Has anyone played this? I love XCOM and like a good strategy game, so wondering if this is worth a Furlough Adventure
9th Apr
I've played briefly on pc if you like xcom and strategy games in general u will like this.ivr ordered as good price for PS4!
22nd Apr
Bought it at £10.95.

I bought this recently and love it I played loads of Age of Wonders 3 too!

This is basically a mix between Civilisation-like city building/expansion and X-Coms turn based battles. You also build armies that you can level up, etc.