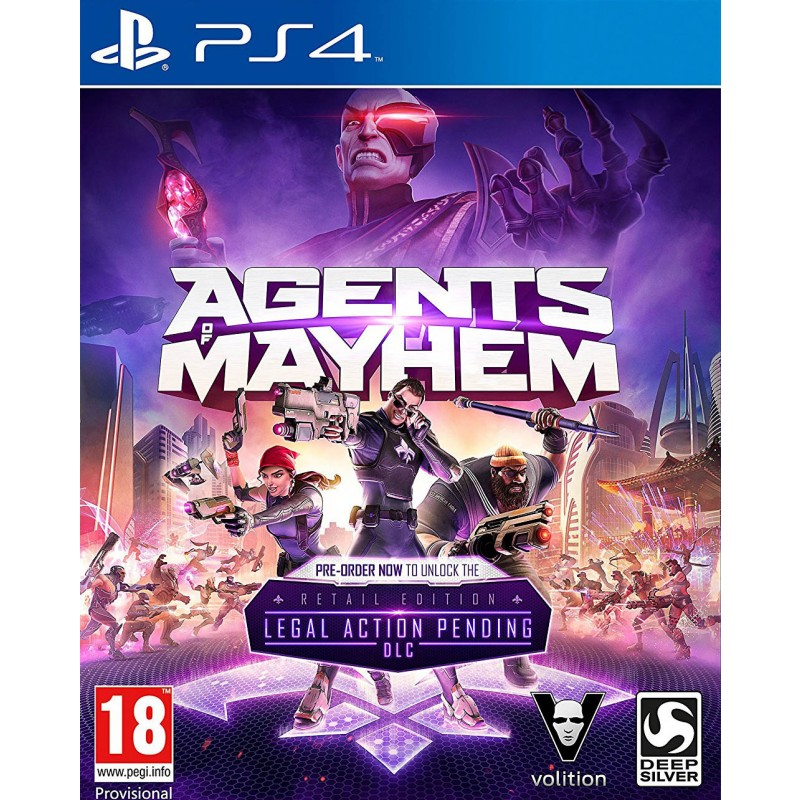 Cheapest price I've seen for this game, might be worth a go since I've been wanting to play a silly sandbox recently and Crackdown 3 has been delayed... again ‌ Xbox One version

Game Description:
After the horrors of Devil’s Night, the world was left in ruins from the devastation that the shadowy supervillain organisation LEGION had left in its wake.
They needed heroes.
They got the Agents of MAYHEM.
In a case of bad versus evil, this elite band of often unstable misfits, armed with a variety of crazy weapons, work under the watchful eye of Persephone Brimstone, ex-LEGION lieutenant, and her girl Friday, to bring down LEGION and its mysterious leader, the Morningstar.

Explore the city of Seoul with a team of three interchangeable agents, each with their own distinct look, sense of humour, weapons, and skillset. Players can build their team however they choose, switching from Daisy, a mini-gun wielding, beer-swigging, foul-mouthed derby girl, to Rama, an immunologist with a futuristic bow and energy arrows, to Red Card, a psychotic football hooligan with a temper that can literally clear a crowd.
With a toy box of twelve unique agents to choose from, players can jump between notable TV star/pretty boy Hollywood, to sky pirate and internationally infamous thief Fortune, as the mission demands.

So kick back, cue the action music and find out how to create your A-Team of agents!