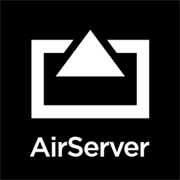 
Miracast on the Xbox has been one of the most anticipated features. With AirServer 2.0 we are proud to introduce Miracast from Windows 10 devices to the Xbox One!


And thats not all, AirServer also supports multiple Miracast connections at the same time!


With AirServer running on the Xbox, you can wirelessly mirror your iOS devices, Macs, Chromebooks, Androids or Windows 10 PC's over to the Xbox without needing to install any 3rd party software on your source devices.


Since AirServer also supports background audio, Gamers with iPhones can use this feature to beam over their favorite music into their favorite games with AirServer is running in the background!
PostTweetShare Share with WhatsApp Share with Messenger
Community Updates
Microsoft (Microsoft Store) DealsMicrosoft (Microsoft Store) promo code
New Comment SubscribeSave for later
Top comments
24th Nov 2017
Guys seriously. You can cast content from your phone to the xbox via the local cast app. But you need to download the media app on the xbox. Enable local cast to pick up xbox and other device. Dont pay for crap! You can cast films from movie hd or cartoon hd to ur xbox via linking it in with localcast . Injoy
15 Comments
24th Nov 2017
This looks interesting but just says not available on my device where id click to purchase....
24th Nov 2017

I’m guessing on your Xbox itself
24th Nov 2017
Guys seriously. You can cast content from your phone to the xbox via the local cast app. But you need to download the media app on the xbox. Enable local cast to pick up xbox and other device. Dont pay for crap! You can cast films from movie hd or cartoon hd to ur xbox via linking it in with localcast . Injoy
25th Nov 2017
Exploiting people for things they think they need and making them pay for it when there's freeness out there
25th Nov 2017

Are you talking about Wireless Display App which is only available to Xbox One Insiders (beta testers) and which doesn't work very well if at all......???
25th Nov 2017
I just use allcast on my android devices to cast to xbox.
25th Nov 2017

I just use allcast on my android devices to cast to xbox.

Don't think so, the wireless display was for screen mirroring, it doesn't work anymore. Seems to have been made redundant at the minute - even for beta dash testers.
Casting from phone/laptop can be done via standard apps as said above but screen mirroring can't - as far as I'm aware!
25th Nov 2017

Does this also work with airplay?

I find VLC and the Xbox media player are great for watching the latest downloaded 3D films on the projector.
25th Nov 2017

Local cast is a free app to all from your mobile store. And the xbox media app is free from the xbox store. And works brill
25th Nov 2017

Im confused with your comment. Really interested though. As i have a xbox. Moviehd great for 3d. Have a 3d sharp tv which is awfull compared to sony. Trust me! Sony is unreal. I have a projector too. Is there a youtube video on this i can watch please?& thanks in advance
25th Nov 2017

Using something like allcast to cast videos works perfectly well yeah or even just right clicking on a video on windows, the only advantage with this is airplay mirroring and personally for me mirroring from chrome and android, kinda fills in the rest of the stuff that Chromecast can do and Xbox can't
25th Nov 2017
Not knocking the app or anything but the last line in the description could be a deal breaker for some...
"• Miracast is only enabled when the Xbox is connected to the network using an Ethernet cable."

Edit.
I apologise if this is off topic but this site is about saving money and this may save some for someone.
I noticed this has a trial and thought I'd try it out. Using a Samsung Note 3 I tried several different media players with both Showbox and Terrarium TV and both were so Laggy they were almost static with audio like a detuned radio so I Immediately switched to Allcast and all was fine. No idea why, but it didn't work for me.
Edited by: "jomarkwh" 25th Nov 2017
25th Nov 2017

Use VLC to watch a downloaded 3D movie which is placed on a USB stick.

Choose either side by side or over and under whatever format it is and sit back and watch glorious 3D.

I highly recommend The Young and Prodigious T.S. Spivet. It is absolutely mind blowing the 3D on that film.
27th Nov 2017

@mastablasta you use VLC to stream to the Xbox?