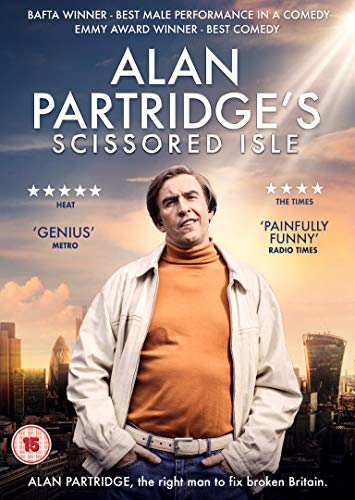 Next best price is £11.49 at Base so even if you don't have Prime, this is a great price and there's a reason this won both and Emmy and a BAFTA!

Steve Coogan returns in his iconic role winning him the BAFTA for Best Male Performance in a Comedy. Scissored Isle also won the International Emmy for Best Comedy.

Leaving behind his comfortable existence and vast detached house, Alan takes a journey of redemption. He journeys into an unreported Britain inhabited by the very people he had offended to ask whether, in this once united kingdom, a ‘schasm' has formed - a schism or chasm, between the haves and the have-nots (or haven’ts).

From supermarket staff to payday lenders, disaffected street gangs to food scavenging ‘freegans’, Alan pledges to move among them; to understand them; to see the world through their eyes. And - god willing - along the way become a better citizen, a better man and a better, more sought-after broadcaster.
PostTweetShare Share with WhatsApp Share with Messenger
Community Updates
12 Comments
Post a comment