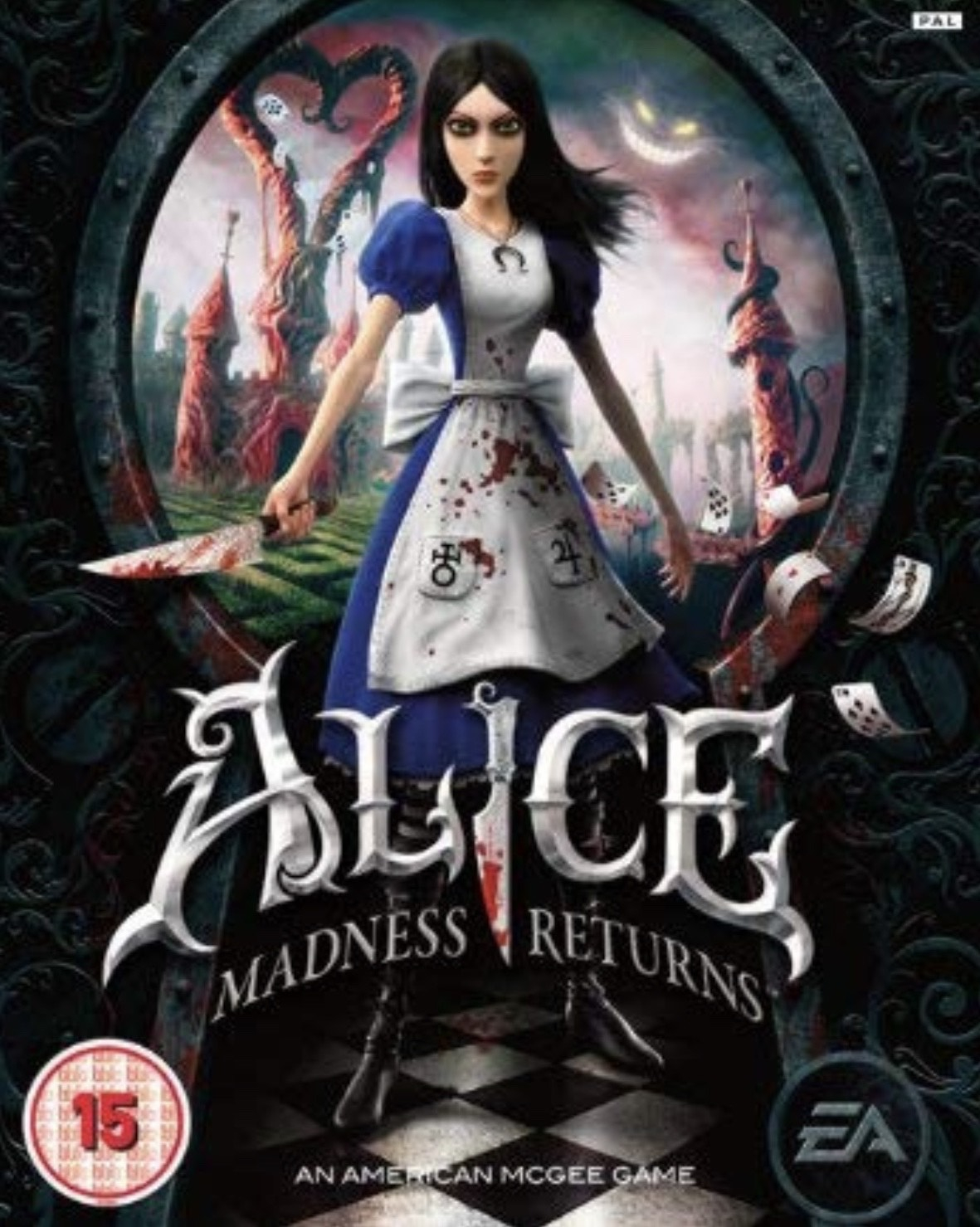 Alice Madness Returns delves deep into the dark and violent side of the imagination, creating a nightmarish Wonderland where Alice must face the demons that haunt her visions. Visit the grim reality of Victorian London and then travel to the beautiful yet ghastly Wonderland to uncover the root of Alices madness and discover the truth behind a deadly secret, kept hidden for years.

Eleven years ago a horrific fire took Alices family from her and left her mind horrifically scarred. Afterwards she was confined to Rutledge Asylum, where she struggled to confront her demons by slipping further into her fantasy world of Wonderland. Now, after ten years, she has finally secured her releaseyet she still bears the heavy psychological burden of that tragic event.With her mind in tatters, she is unable to resolve the fear prompted by her strange memories, dreams, and visions. Perhaps shell do better in Wonderland. She always has. She travels there, seeking what the real world cant provide: security, knowledge, and the truth about the past. But in her absence, Wonderland too has suffered. Something has gone horribly wrong, and now a great evil is descending upon what once was her beautiful refuge. Can Alice save Wonderlandand herselffrom the madness that consumes them both?
PostTweetShare Share with WhatsApp Share with Messenger
Community Updates
Xbox.com Store DealsXbox.com Store voucher codes
If you click through or buy, retailers may pay hotukdeals some money, but this never affects which deals get posted. Find more info in our FAQs and About Us page.
New Comment Subscribe Save for later
Top comments
25th Oct 2019
This game is still worth the £40 I originally paid for it 👌🏾
25th Oct 2019
Classic
35 Comments
25th Oct 2019
Classic
25th Oct 2019
Top game m8
25th Oct 2019
Utterly fascinating and charming game
25th Oct 2019
luv this, already got it and this reminds me to start another playthrough
25th Oct 2019
This game is still worth the £40 I originally paid for it 👌🏾
25th Oct 2019
I remember playing this on release. What a game
25th Oct 2019
Great game
25th Oct 2019
Don’t forget to download the original Alice add-on with it!
25th Oct 2019
Loved this one! Great price too. HOT !!
26th Oct 2019
Is this on EA Access?
26th Oct 2019
Playable on pc?
26th Oct 2019
Great game.
26th Oct 2019
Can't seem to buy this using my existing credit, is this a 360 game issue?
26th Oct 2019

Can't seem to buy this using my existing credit, is this a 360 game issue?

Make sure to use google app and search engine, I contacted Microsoft and they say safari is sometimes the issue
26th Oct 2019

Can't seem to buy this using my existing credit, is this a 360 game issue?

Unless Microsoft fixed this, I think 360 games can only be purchased with account credit/gift cards from an actual Xbox 360 console.
If you want to buy backward-compatible titles from an Xbox One console or the Microsoft website you need to use a different payment method, like credit card or PayPal. (Even if you just want to claim the "free" 360 Games with Gold titles you need to have a different payment method registered to your account).

luv this, already got it and this reminds me to start another playthrough

Likewise, I've got this on Steam and currently reinstalling. Reckon it's gonna look pretty sweet on a modern GPU with visuals, resolution and PhysX cranked to the max!

No - this is the 360 version, which will run on the Xbox One via backwards compatibility. If you want the PC version you will have to get it on Steam or Origin. It's also included with EA Access on Xbox One or Origin Access on PC.

Don’t forget to download the original Alice add-on with it!

Is the add on American McGee's Alice playable on Xbox One?

I've seen a few YouTube videos which seem to indicate it is but the title is absent on backwards compatible lists.
27th Oct 2019

Yes, will add this to description

uk.webuy.com/pro…%2a
27th Oct 2019
Great game! It was a little clunky in the platforming sections, but that didn't detract from the experience and joy of playing through and exploring the messed up world Alice was in. Definitely grab this if you've never played it before 👌🏻
27th Oct 2019
Who the **** is Alice?!
28th Oct 2019
Heat added.
28th Oct 2019
Thought this was on PC for a second and got excited. Great game though!
28th Oct 2019
never played this but i will deffo try it soon !!