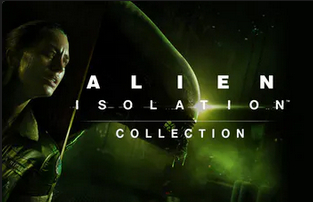 Bloody stonking deal on a great classic game with all the DLC included. Still £34.99 on steam!


Alien: Isolation: Discover the true meaning of fear in Alien: Isolation, a survival horror set in an atmosphere of constant dread and mortal danger. Fifteen years after the events of Alien™, Ellen Ripley’s daughter, Amanda enters a desperate battle for survival, on a mission to unravel the truth behind her mother's disappearance.
Alien: Isolation Corporate Lockdown DLC: Choose from playable characters B. Ransome, Ellen Ripley, Axel Fielding or Hughes and attempt to escape from the Sevastopol Station in this single player expansion. This DLC includes three maps; Severance, Scorched Earth and Loose Ends. Corporate Lockdown also includes Gauntlet Mode, where players are prompted to complete all three missions back-to-back without dying.
Alien: Isolation Trauma DLC: Set during the events of Corporate Lockdown, Trauma sees players take control of chief medical officer K. Lingard, collecting medical supplies for her camp as well as destroying any of her existing research on the Xenomorph alien to prevent it falling into the wrong hands. The DLC features the Reoperation, Crawl Space and Overrun maps – and players can also opt to play as Amanda Ripley, Dallas, Ellen Ripley or Ricardo – instead of Lingard.
Alien: Isolation - Safe Haven DLC: In Safe Haven, players control Hughes in what was the first DLC which introduced the Salvage Mode. After finding the only safe room in the Sevastopol Station, you’ll be tasked with venturing out of your comfort zone in order to gain supplies – dodging certain encounters with not-so-friendly Xenomorphs.
Alien: Isolation - Lost Contact DLC: Guide Axel Fielding on a mission through challenging tasks during his fight to survive. Play through the second all-new Salvage Mode map, featuring Lorenz Private Wards and the Emergency Power Plant.
Alien: Isolation - The Trigger DLC: Play as deputy Ricardo, member of the Colonial Marshal Bureau, as he is sent by marshal Waits on a dangerous quest to place explosives in the Sevastopol Station to, hopefully, kill the Xenomorph Drone slaughtering the station's remaining population. Journey through the Damage Control, The Package and Blast Seat maps as Ricardo, K. Lingard, Amanda Ripley, Dallas or Dennis Parker.
Last Survivor DLC: Playing as Ellen Ripley - the sole survivor - it is down to you to complete the last mission on board the Nostromo. Players must set the ship into self-destruct mode and attempt to reach the escape shuttle before it's too late.
Crew Expendable DLC: Play as Dallas, Parker or Ellen Ripley and find a way to isolate the Alien - overcoming the terror that confronts them.
PostTweetShare Share with WhatsApp Share with Messenger
Community Updates
Fanatical DealsFanatical Discount Codes
New Comment SubscribeSave for later
9 Comments
23rd Apr
FYI free on xbox game pass for PC atm.
23rd Apr
£7.52 @ Gamebillet

The VR mod is pretty good on this.

Started playing this only recently, and all I can say is I'm glad I don't have a VR headset to tempt me to try that. Not a game to play just before bedtime.
24th Apr
What an amazing game! Even today the graphics are outstanding!
26th Apr
Price has reduced to £7.69 until 4pm on 27th April as it is now their Star deal.
26th Apr
Wait so what happens if you own the game but not the DLC? Can I still redeem it?