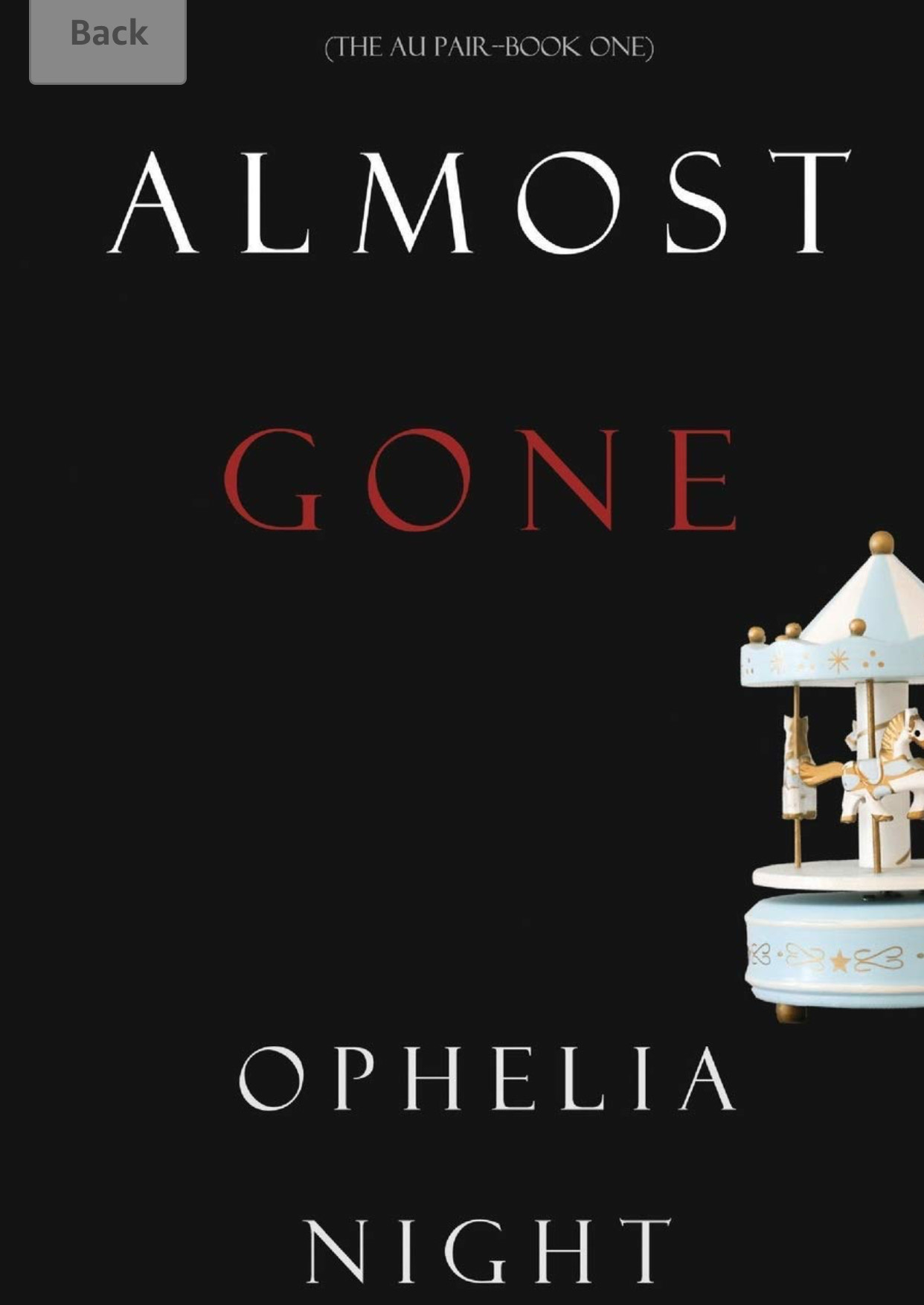 ALMOST GONE (THE AU PAIR—BOOK #1) is the debut novel in a new psychological thriller series by debut author Ophelia Night.

When 23 year old Cassandra Vale accepts her first job as an au pair, she finds herself placed with a wealthy family in a rural estate outside of Paris, and all seems too good to be true. But she soon discovers that behind the gilded gates lies a dysfunctional family, a twisted marriage, troubled children, and secrets too dark to air.

Cassandra is convinced she’s finally found a fresh start when she takes a job as an au pair in the idyllic French countryside. Just beyond the Paris city limits, the Dubois manor is a grand relic of the past, the family its picture-perfect occupants. It’s the escape Cassandra needs—until she uncovers dark secrets that prove things aren’t as glamorous as they seem.

Beneath the opulence lies a dark web of malice, one Cassandra finds all too familiar, triggering dreams from her own violent and tortured past, one from which she desperately runs. And when a grisly murder tears the house apart, it threatens to take down her own fragile psyche with it.
PostTweetShare Share with WhatsApp Share with Messenger
Community Updates
Amazon DealsAmazon discount code
If you click through or buy, retailers may pay hotukdeals some money, but this never affects which deals get posted. Find more info in our FAQs and About Us page.
New Comment Subscribe Save for later
2 Comments
24th Dec 2019
Link takes you to paperback at £8.99 so make sure you choose the kindle version.
24th Dec 2019

Thank you, link changed so goes to kindle version now.