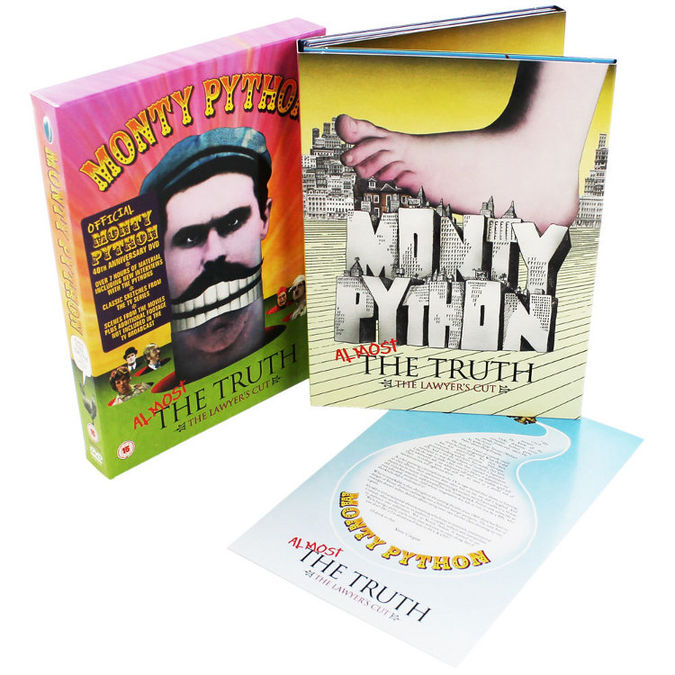 The interviews are illustrated by a generous helping of clips and classic moments from the original Flying Circus TV series, the films Monty Python & The Holy Grail, Monty Python's Life Of Brian & Monty Python's Meaning Of Life and their classic live performance at the Hollywood bowl.

Release Date 26 October 2009
PostTweetShare Share with WhatsApp Share with Messenger
Community Updates
Universal Music DealsUniversal Music voucher codes
New Comment Subscribe Save for later
4 Comments
22nd Jan
Cheaper on Amazon.
22nd Jan
Too soon
22nd Jan
Despicable attempt to get heat for a deal off of the death of a human being. Never understand why people think it’s ok to do this.
23rd Jan

Need more than a death to find it funny to be honest....