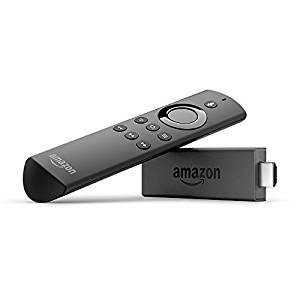 PostTweetShare Share with WhatsApp Share with Messenger
Community Updates
Black Friday 2020 DealsTesco DealsTesco vouchers codes
If you click through or buy, retailers may pay hotukdeals some money, but this never affects which deals get posted. Find more info in our FAQs and About Us page.
New Comment Subscribe Save for later
45 Comments
15th Nov 2018
Gen 2
15th Nov 2018
Not bad but I reckon it'll go cheaper.
15th Nov 2018
Gen 1 didn’t Alexa remote - just a standard remote
15th Nov 2018
Has this version got more processing power in comparison to the gen 1? My gen 1 is really laggy at times when exploring the menus
15th Nov 2018

Still inconsistent with how fire tv stick naming works
15th Nov 2018
First generation Edit
On November 19, 2014, Amazon released a smaller version of the Fire TV called the Fire TV Stick. Codenamed “Montoya”,[15] it is an HDMI-port plug-in device that replicates much of the functionality of the larger Fire TV.[20] Its hardware is slightly different, it has 1 GB of RAM, 8 GB of internal storage, weighs 0.9 oz. (25.1 g) and it uses a Broadcom BCM28155 dual-core 1.0 GHz Cortex-A9 processor and a Broadcom VideoCore IV GPU. Wireless hardware includes a dual-band 802.11 a/b/g/n Wi-Fi with 2x2 MIMO and Bluetooth 3.0 [18][21] The Fire TV Stick is bundled with a remote control, in either of two variants; one with voice search on the remote and one without.

Perfect thanks man, now just to go for it or wait to see if they get reduced any further!
15th Nov 2018

Is there no way to remove the £4

Yeah, buy it in the store
15th Nov 2018
a very warm welcome to hukd newbie.thanks for taking the time to share your deal with us today.looks like you have settled straight in.have some heat cracking find.
15th Nov 2018

They have them in store too.

My nearest Tesco is 35 miles away. Joys of the country side. Rely heavily on online shopping. Good to know it's in-store though if I struggle to find another one at this price.
15th Nov 2018
Silly question time hear from someone who has no clue about these plug in streaming sticks, can you watch live TV on them or is it stuff you can watch on any laptop?
15th Nov 2018
Nice one
15th Nov 2018

Yeah, buy it in the store

You can also watch live TV via the terrestrial catch up apps BBCi player etc.
15th Nov 2018
Just been to Tesco Surrey Quays and they still want £40 for it
15th Nov 2018

Starts tomorrow.....Amazon will have this at midnight surely.
15th Nov 2018

If you Google the tutorials on how to download the apps like showbox, mobdro etc then it's all there. There is also the option to pay for Amazon prime and access Amazon material but It's not a must. All the usual apps like Netflix, IPlayer & youtube are on the stick too.
15th Nov 2018
Does this have now tv? I’m watching that on my Xbox but I need the hdmi for my Apple TV.
15th Nov 2018

No now TV, I found the best item to get I player, itv hub, all 4, sky go, Netflix, amazon video was on 2nd hand xbox of ebay plus wireless adapter
15th Nov 2018

rd generation Edit
On October 3, 2018, Amazon has announced on Fire TV Stick 4K, with all-new Alexa Voice Remote, which will include for the first time buttons for volume, power, and mute. Amazon scheduled the release date for October 31, 2018, which will also introduce the new remote control as a standalone product.[19]

The Fire TV Stick 4K delivers Ultra HD and HDR streaming through an HDMI dongle that costs $50. It is the first media stick to support Dolby Atmos, Dolby Vision and HDR10+ that promises higher video and audio quality to compatible audio systems and TVs. The device also syncs with Amazon’s Alexa Voice Remote with features like Bluetooth, “multi-directional” infrared and buttons for power, volume and muting. Furthermore, Amazon announced that in-app Alexa control will be featured in more specialized video service, such as AMC, HBO Now, A&E, VH1 and Sony Crackle, among others.

The Fire TV Stick 4K also has a 1.7GHz processor, faster than the 2017 Fire TV, and a 4K streamer with dangling “pendant” designs. Amazon states smoother response times and faster loading in this edition of the Fire TV Stick. Germany, India and the UK releases the Fire TV Stick 4K on November 14th and Japan receives it by the end of 2018. [24]
15th Nov 2018

If you check price trackers, last year it dropped again to the same price. Basically they knock £15 off.
I've been using the 2nd gen stick for 1 year now and it's great. I'll be buying the 4K one though. It should drop to £35, well worth the money.