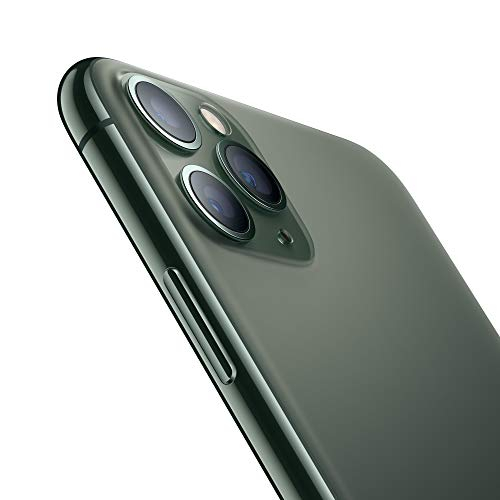 Amazon Spain - IPhone 11 Pro only for £950 , It is listed for 1109 euros ,I think its a great deal.
PostTweetShare Share with WhatsApp Share with Messenger
Community Updates
Amazon Spain Deals
If you click through or buy, retailers may pay hotukdeals some money, but this never affects which deals get posted. Find more info in our FAQs and About Us page.
New Comment Subscribe Save for later
Top comments
21st Nov 2019

I love the way people use the phrase ‘for a phone’ as if smartphones these days are just like curly-corded Binatone landline handsets.

These aren’t phones anymore: to many people they’re the sole internet and multimedia device, and they’ve replaced laptops and tablets. I have a MacBook at home that I never even use because I do everything on my phone. 20 years ago I spent £1800 on a PC. I use my phone far more than I have ever used a laptop or PC.

I remember a friend of mine getting a 64GB iPhone 5 and thinking that was an absolutely crazy amount of storage.

To be honest 64GB is still quite a lot for me. I think it depends on how you manage your phone though: I have a 512GB phone (purely because I’m on an Annual Upgrade and it cost the same as the 64GB one) and I’m not even using 30GB because I clear my photo and video library every week once they’re backed up to Google Photos.
21st Nov 2019

I love the way people use the phrase ‘for a phone’ as if smartphones these days are just like curly-corded Binatone landline handsets.

These aren’t phones anymore: to many people they’re the sole internet and multimedia device, and they’ve replaced laptops and tablets. I have a MacBook at home that I never even use because I do everything on my phone. 20 years ago I spent £1800 on a PC. I use my phone far more than I have ever used a laptop or PC.

I agree. I want to maintain my pictures on my iPhone and Netflix library and I can't when most phones let me do it.

I feel like it’s the best phone in the market right now and it’s insanely expensive, especially when you have to buy the mid tier storage of 256 as 64 is just pointless.
But, No other phone gives a great camera with a powerful chipset as powerful as A13. I’ve been looking for it. Honestly. Can’t find it. I’m strongly inclined to get p30 pro for £280 as available from o2 refresh.
21st Nov 2019

The ability to browse internet and multimedia content is hardly an argument for the sky high price when a £100 phone can do the same. a smartphone is just a phone now because technology progress and those are basic function we expect in any phone
21st Nov 2019
Rather pay £329 I just paid for the xr from o2
21st Nov 2019

You could argue the same about any premium product versus a cheap product. Value is subjective really as it’s a balance of cost, budget and desire for a given product.
21st Nov 2019

Which is definitely the way to go. But unless you are paying for it then google uploads your photos and videos at lesser quality than what your phone is capturing (4k video will drop to 1080p). Most people likely won’t mind or notice but worth mentioning for those unaware.
21st Nov 2019

Not been my experience at all! All iPhones make it VERY easy to store photos and videos on the cloud with thumbnail indices on the handset. I have something over 30Gb on iCloud.
21st Nov 2019

I've stopped paying for Google storage to upload at full resolution as I couldn't tell the difference. I think it only shrinks pictures over 16mp so it will be largely unnecessary for most people anyway.

I tend to stick to 1080p when recording videos anyway, although if this is critical then of course you could pay more for a Google One storage tier to get them uploaded to 4K.

I think if I felt the need to cache a lot of data on my phone permanently then I wouldn't be looking at a 64GB model anyway.
21st Nov 2019

Do you have a link. I couldn’t see the offer

Its the Very credit offer. It should be on the highlights of this site
21st Nov 2019

Do you have a link. I couldn’t see the offer

See hotukdeals link - you WILL need a Very credit account as and their deal is 6-months "Buy Now Pay Later"
Edited by: "BrianM" 21st Nov 2019
21st Nov 2019
This is the one thing I don't like about this site. People commenting and rating deals based on their opinions of a product, rather than whether it's cheaper than elsewhere. Even as an Android fanboy, I would say: we get it, you're not an Apple fan and are happy with your Xiaomi or whatever, congrats. But it just means people who are only after a particular brand don't get to see deals they're interested in

That said I don't think this price is that good when you can get a new iPhone Pro for £200+ less from eglobal when there's sales on, with the standard worldwide Apple warranty and the safety of payment with PayPal
Edited by: "genusgiver" 21st Nov 2019
21st Nov 2019

That's like saying "why pay more for a Jag when a Skoda will do, they both get you from A to B".

Yes, both are cars but obviously some people want a nicer experience

And if it's something you use a lot, why not spend more if you can afford it and will value the better experience?
Edited by: "genusgiver" 21st Nov 2019
21st Nov 2019
Selling my brand new iphone 11 pro max midnight green 256gb with receipt from carphone warehouse for £1100
21st Nov 2019

I largely agree. I quite like conversations about phones, but there are a lot of people on this site whose primary concern is that:

A) the phone is too expensive (even at less than RRP)
B) There isn't enough storage
C)They don't like the manufacturer.

I think constructive criticism of a device is healthy - particularly if the criticism comes from a current or previous owner - but I agree that sometimes people get tied up in knots with their own prerogatives.

To answer the common criticisms above:

A) if it's too expensive, don't buy it. Doesn't detract from the deal if there's a saving on the RRP for a prospective buyer
B)If there isn't enough storage then you wouldn't be buying the phone. 'Enough' storage varies from person to person: you wouldn't buy a cone of chips and complain that it isn't a large chips.
C)if you don't like the manufacturer then why are you looking at the deal in the first place? Just stay away and leave the deal for those who do.
21st Nov 2019

I use mine even more than that 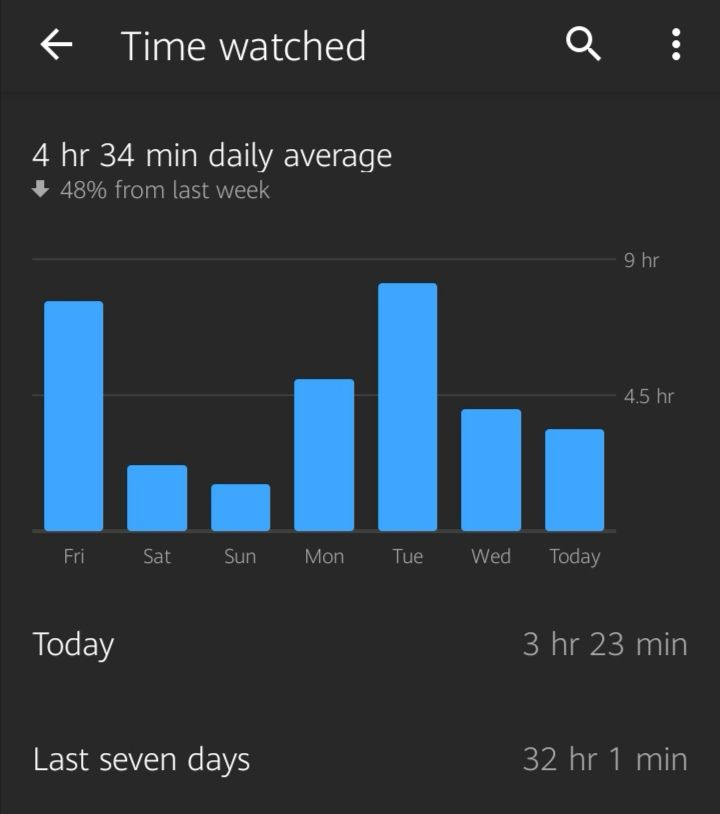 Technically but its not really a fair comparison is it? the different between Jag and skoda is huge from engine to brake to interior trim whereas different between phone is pretty miniscule. for example anyone would be hard pressed to find any different in performance between iphone X to iphone 11 to iphone 11 pro. a android half the price would still have the same CPU and oled screen as a £1000 flagship.

anyway all i am saying is smartphone is just a phone nowadays, multimedia function is too basic a function to be use to justify high price. hell i am planning to get a iphone next
21st Nov 2019
Nearly a grands worth of mugger bait. Mug buy
21st Nov 2019

Obviously I am not saying there is not people out there that can make do with 64GB storage. It just would not work for me.

And when dropping about £1,000 on a phone that bigs up its camera quality (high quality = large file sizes), it should be a factor people consider.
21st Nov 2019

I agree with some of this. But I disagree with point B.

Someone getting this phone may well be coming from a 2-5 year old phone. The file size differences between that phone and this will be something that some people are unaware of and should take into consideration.

If someone is used to taking hundreds of iPhone 7 photos/videos and not filling up there 64GB. They may well be surprised at how quickly 64GB disappears taking the same number of photos/videos using an iPhone 11 Pro camera.
Edited by: "RYANdeals" 21st Nov 2019
21st Nov 2019

If I can live with 64GB I reckon most others would be able to too. It actually goes an awfully long way if you’re not downloading videos or recording loads of 4K. Given that 4K is not the standard resolution for videos and that people would have to proactively change the setting I would also expect anyone doing that to be savvy enough to know that it will take up more storage. Photos on the 11 will be the same average size as on the 7 due to the megapixel count being the same.

iOS also has some very good means of saving internal storage too - such as caching content to iCloud and moving apps to the cloud if they’ve not been used for a while.
21st Nov 2019

I think the fact we can discuss this shows that it is something worth highlighting.

I also find it crazy someone would buy this top spec phone, at this cost and want to record in 1080p? If you have to consciously choose to not use the specs the phone sells itself on to avoid filling up memory, then that is a certainly a negative that is worth consideration for any potential buyers.
Edited by: "RYANdeals" 21st Nov 2019
21st Nov 2019

I choose 1080p because it usually results in more stabilised video. It also uploads quicker. I don't make video recordings to hang them on my wall so as long as the quality is good I'm not bothered about the resolution being incredibly high.