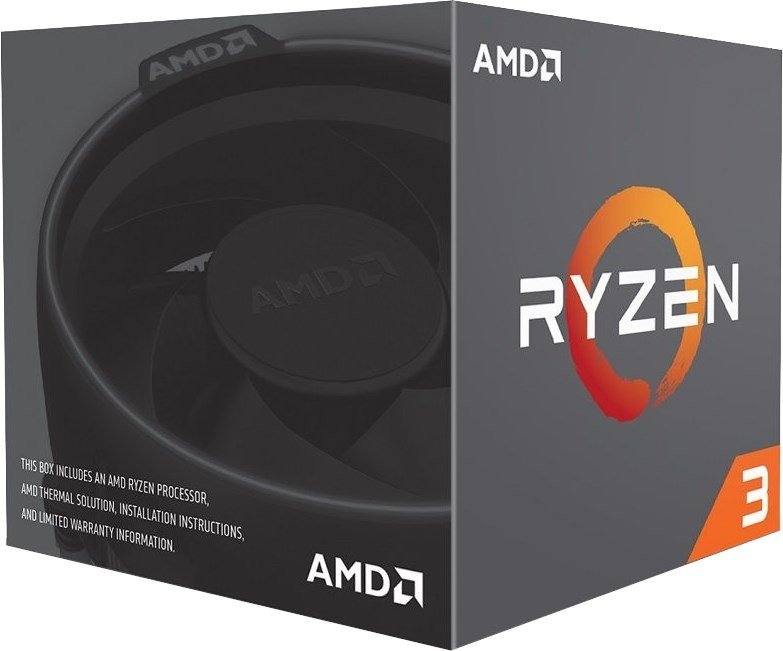 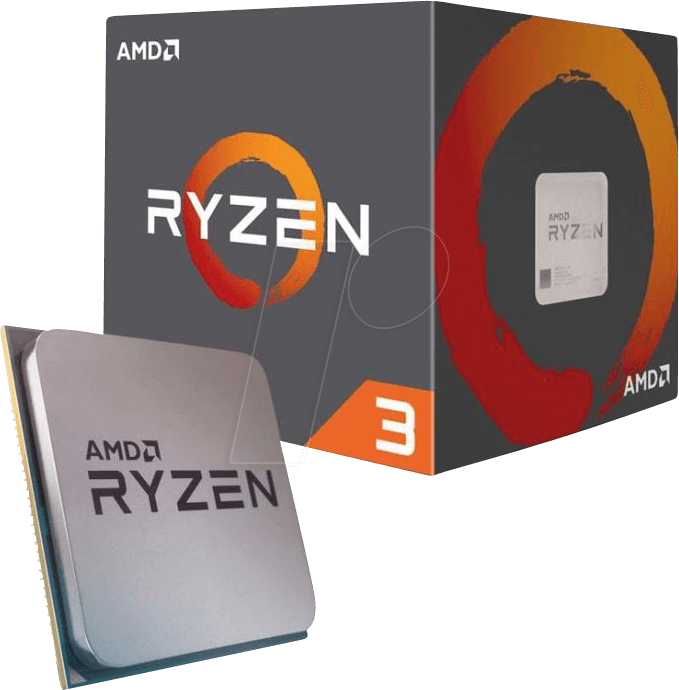 Key Features:
PostTweetShare Share with WhatsApp Share with Messenger
Community Updates
CCLOnline Deals
New Comment Subscribe Save for later
16 Comments
7th Jan
Can't really argue at the price for those on a tiny budget. However given the need to add a graphics card to any system you are putting this in then there is a bit of head scratching to be done. Cheapest graphics card you can lay your hands on still puts the combo at £75ish, for some situation you might as well get the 2200G instead.
7th Jan
I wonder if they will move this to the 12nm process as per the 1600 AF?
7th Jan
Heated, good price for this, probably about the right price point at this time as it's getting on a bit, could work out better than an APU if you can find a good deal on a discrete card to use with it e.g. the 570/580 cards are often discounted heavily. Pair this with a used 580 for around £100 and have a decent 1080P gaming set up for around the same or less than some of the newer APUs cost and good as AMDs APUs are they still don't match a discrete card like the 580....
7th Jan
This is great for anyone coming from really old late 00s / pre Sandy/Ivy systems. Start with this, good am4 mobo, 16GB ram. Migrate current video card, even. The point is to take that step onto the new platform then upgrade it piecemeal later. This is a viable option for those on older systems and AMD enabled this with AM4's upgradability. Good price for this still-decent quad core.
7th Jan

Got to agree with this. Turns out this benchmarks about 7% worse than my 3570k (and that's without the decent OC mine has) so I might as well save up a bit longer.
7th Jan
This reminds me of the Intel g3258. Cheap but very decent for a low budget med setting 1080p rig. Mainly for games like csgo/Fortnite and MMOs.
7th Jan

It depends, if you are willing to get a used RX 570, can get one around £75 easily enough. That paired with a Ryzen 3 1200 will easily destroy the 2200G or even the newer 3200G in gaming performance, but of course that combo will not be as cheap.
7th Jan

You are assuming people who are buying this need graphical horse power with that statement though. My point was made that in "some situations you might as well get the 2200G" Then there is the lottery with warranty buying a second hand part, I'm fine with it, but when you are on this kind of budget if it turned out to go faulty then that might mean the end of someones system and hard earned PC out of action for a good while.
7th Jan

Aye true, I just did a build like that for someone who is not after the graphical horsepower so of course, R3 1200 + 570 would not have been a wise choice. For gamers though, I would say that getting the used card is not an awful option. I used to be scared of used parts a bit but I have only had like a handful of bad cards out of like 30+ cards that I have bought from eBay. 3 of which were from the same seller!

Pretty much, from my experience, the chances of getting hosed are surprisingly low on eBay, especially with their money back guarantee
7th Jan

Agreed, I love the second hand market place, but when buying for others I always warn them if it goes belly up in 3-4 months etc then you are usually out of luck.

I just finished a build for a 14 year old lad, he's saved pocket money, birthday money and Christmas money from last year to get a build, without having to sell his Xbox. Got a second hand 2700X for £105 instead of the R5 2600 we'd budgeted for, so no warranty issues as the build date was early 2019, and we also went with a second hand SSD, a Samsung 860 EVO 1TB for £60 that had 180 hours of power on time and only 200GB written.

He thought I was going to charge him £50 to build it and test it but I did it for free.

Agreed, I love the second hand market place, but when buying for others I …Agreed, I love the second hand market place, but when buying for others I always warn them if it goes belly up in 3-4 months etc then you are usually out of luck.I just finished a build for a 14 year old lad, he's saved pocket money, birthday money and Christmas money from last year to get a build, without having to sell his Xbox. Got a second hand 2700X for £105 instead of the R5 2600 we'd budgeted for, so no warranty issues as the build date was early 2019, and we also went with a second hand SSD, a Samsung 860 EVO 1TB for £60 that had 180 hours of power on time and only 200GB written. He thought I was going to charge him £50 to build it and test it but I did it for free.The savings made went towards getting the RX 5700 instead of the GTX 1660, so a massive upgrade for the games. He's now aiming for a 1440p 144Hz monitor as his next upgrade, as we ended up with an old 30" Dell 3007 from Gumtree for £50 from an office clearance, which works but has some dead pixels near the top left corner, but otherwise is great as it's 2560x1600.

Yeah you can't really go too wrong with used CPU's, if they work today they will probably work well for a long time to come! I have actually had to return like a handful of CPU's to CEX for various reasons but I think people are more likely to trade a dying to CPU to them than they are to sell a dodgey one on eBay.

I'm slightly jealous as his builds faster than mine (lol), Still though it's nice that you did it for free since fifty quid will mean a lot more to him than it will to you or I, Although I typically help parents get PC's for their kids and they tend to give me more than requested ;).

It won't do anywhere near 144 fps in most AAA titles at 1440p, be he's smart with his money and knows that he'll change the GPU long before the monitor and that a monitor can't be upgraded to add more Hz or more inches, without buying and selling and losing a lot in the process.

I've flashed the 5700 to an XT and did a small undervolt so it performs much better then it did it out the box. I've also just sourced a Kraken G12 kit for it, and just need a little AIO and it'll be great, trying to keep it under £30.
7th Jan

Ahh that sounds great, I was thinking of upgrading my 1070 to a 5700 or XT but finding it hard to justify for 1080p 144hz or 1440p 144hz which I plan on moving too in the next couple of months. I suppose it should work nicely enough for him if he is into more esport style games if that's all he plays.

Do you think it will be worth voiding the warranty for the gains you would see by using the AIO? I think it might be if hes got a blower reference model but probably not if hes got a good AIB card.
7th Jan

It's an MSI card, the warranty is usually fine as long as you preserve the stickers. Sent back an GTX 1080 that had the same thing done which had a sudden death and they didn't say anything, they replaced it with a brand new card.

1070 is still a solid card, I'd get the monitor first then get the GPU just in case there are new cards out.
7th Jan

Ahh that's good to hear, they probably don't check the cards most of the time. The warranty sticker is the one reason I have not changed the paste on my card although I have had absolutely no reason to. With that in mind, I suppose I would suggest going for it as long as the memory and VRM's are cooled effectively.

I think I am going to get the monitor soon and then wait for something like an RTX 3070
23rd Jan
Up to £97 now...amazon have also jacked their price back up also, may be running out of stock to sell
Edited by: "Screamopilla" 23rd Jan