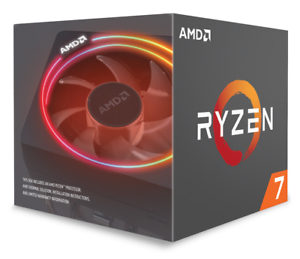 
For a limited time, purchase a qualifying new AMD Ryzen™ processor and get a code to claim either Borderlands 3 or The Outer Worlds for PC from AMD! Info

AMD are back with a bang! The AMD Ryzen 7 2700X races away from it’s competition with a massive base clock speed of 3.7GHz. With the ability to push that to 4.3GHz through the XFR boost feature, playing your favourite games has never been so easy!

AMD have increased the amount of cores and threads with the new Ryzen range, which will significantly improve your gaming experience and productivity. The AMD Ryzen 7 2700X weighs in with a whopping 8 cores and 16 threads, so you will be able to smash through new titles and enjoy stunning 4K visuals.

Take the AMD Ryzen 7 2700X and pair it a 400-chipset series motherboard to unlock the Store MI technology, which vastly improves data transfer rates for any storage in your PC and allows you to edit and share your own media at amazing speeds. 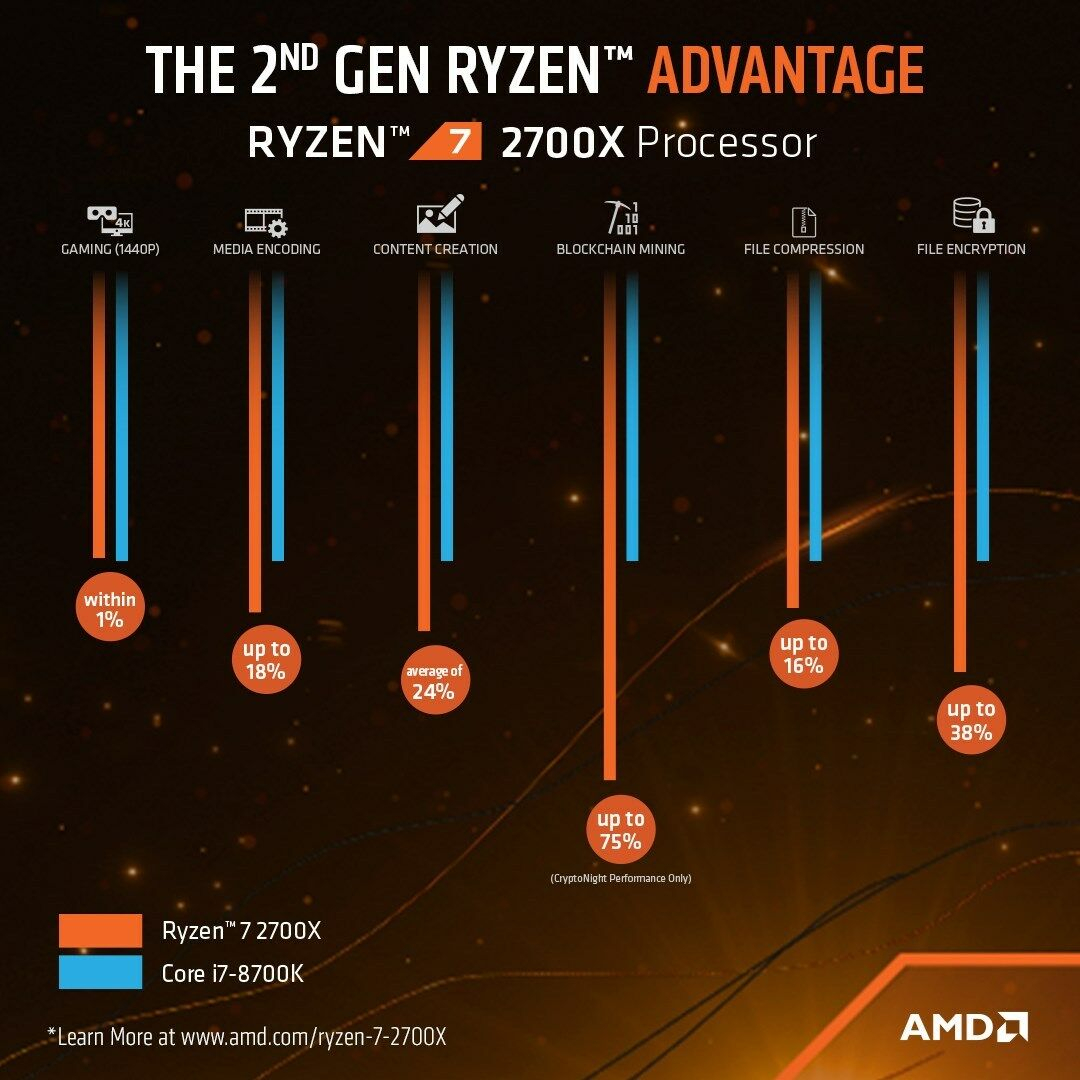 No idea - i just try to post a good deal if i see one. Have you posted any deals yet?
14 Comments
4th Feb
Is this site the CCL ebay store now?
4th Feb

No idea - i just try to post a good deal if i see one. Have you posted any deals yet?
5th Feb
Ah, the fine art of rhetorical questions!
Edited by: "Sanzai" 5th Feb
5th Feb

Do you think? I cannot make my mind up between the two to be honest.... But the Games, either or of them two are good games and have value?
5th Feb

I wouldn't pick a CPU based on a few free games.
My opinion here is that the 3600 will be better at gaming, while the 2700X will be better at more multi-threaded applications having 2 more cores and 4 more threads.
The 2700X has the better cooler, so buying the 3600, you might need to account for buying a better one, say £30/40.
Edited by: "rev6" 5th Feb
5th Feb

Performs within a few % of a 3600. Performance difference is negligible but you get two extra cores.

When I say I can't make my mind up, I have both here and cannot decide which to keep and which to move on. 2700X is great in synthetic benchmarks, but a LONG way behind in gaming. Benchmarks like Future PassMArk put the 3600 streets ahead also. But, no games with the 3600. If I wer ebuying either today, I would go with the 2700X I suppose. The other killer is the terrible memory controllers on the zen+ architecture. It really is annoying. on 3600, just plug anything in, XMP it and away it goes. Nowhere as good as Intel, but still, much, much better... I had to water cool the 2700x also as the stock cooler was blowing its head off.... 3600 is fine on stock cooler, although I am using the RGB Cooler that came with the 2700x on it.. So yeah, better cooler, free game and a £25 lower pricepoint to start with makes it a no-brainer. Mind you, these 1600AF's are mighty good value to be fair...
5th Feb

It's not a long way behind in gaming, an example

I'd say 2700x with that cooler, the game, and lower price. Its the better buy, but folks are a bit blinded by the new tech effect.
Edited by: "zeb.mattey" 5th Feb
5th Feb
The 3600 is the better option for both newer and older titles.

There are many older games that are still heavily single core but graphically heavy. Eg COH2.

See post above yours for performance gains, they're tiny. New games will be more likely to use more cores, closing the gap. At 1440p it's 2.5% average in fps.
6th Feb

My point is that some older games are very single thread heavy. Hence work better on CPU's with better single core performance.

A selection of games is not ALL games.
6th Feb

These games you speak of will be torn apart by a 2700x or 3600 lol, it makes no difference