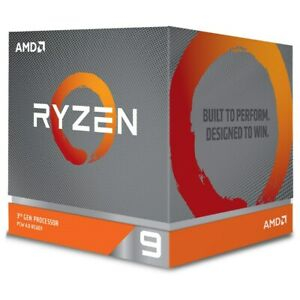 ebay.co.uk/itm…705
PostTweetShare Share with WhatsApp Share with Messenger
Community Updates
EBay DealsEBay discount code
If you click through or buy, retailers may pay hotukdeals some money, but this never affects which deals get posted. Find more info in our FAQs and About Us page.
New Comment Subscribe Save for later
Top comments
10th Dec 2019

Anyway nice price for a ridiculously powerful processor
11 Comments
10th Dec 2019
Will this need to be kept in the freezer all the time?
10th Dec 2019

Anyway nice price for a ridiculously powerful processor
10th Dec 2019
You just wanted to post something with "dodeca", right?
11th Dec 2019
Just a brief update, you definitely get the games and Xbox codes too.
11th Dec 2019

Just a brief update, you definitely get the games and Xbox codes too.

cheers for this information. I messaged CCL to check if you also get the games with the OEM one for 429 but havent heard back yet. If you do also get the games with that one then the 40£ saving is very tempting indeed.
11th Dec 2019
also, for anyone interested. You can also get another £4.69 off this price if you use topcashback. only 1.01% cashback but its free money as topcashback is completely free!
12th Dec 2019

Let me know what you hear on that one. If its possible to grab the extra games with the OEM model as well, which is £60 pound less the one listed here, then I'll bite on that OEM version.
Edited by: "RoronoaZoro" 12th Dec 2019
12th Dec 2019

If i don't get an email back by tomorrow midday Ill give CCL a call and enquire on the phone then report my findings on here. Fingers crossed!
12th Dec 2019
Gave CCL a call to ask about the OEM and Retail versions of the 3900x.
I posted this information on the OEM deal too but people on this deal may find this helpful in making a decision too.

RoronoaZoro hopefully this information helps out

Some information regarding the OEM 3900x on CCL eBay - directly from CCL via Phone.

- The 'OEM' CPU is exactly the same as the retail but without the retail packaging or instructions.
- Includes the stock Wraith Prism Cooler.
- Includes the exact same 3 year warranty as the Retail version, No restrictions.
- Supposedly does not include the 2 games & XB Game Pass. (However, gupsterg and Rimuru have both said on the OEM deal that they got the AMD Rewards code so results may vary.)

So in conclusion: Buy the £429.99 OEM 3900x instead of this retail version if you do not care about the games or the retail box ( maybe you already have the games), OR, if you are willing to take the risk of possibly not getting the AMD Rewards Code as the AMD Rewards promotion is, and I quote, "not advertised on the listing".

Personally, I am not willing to take the chance for only £40 in savings. (Plus I kinda wanted the retail box for better resale value)
Hope this helps someone make a decision.