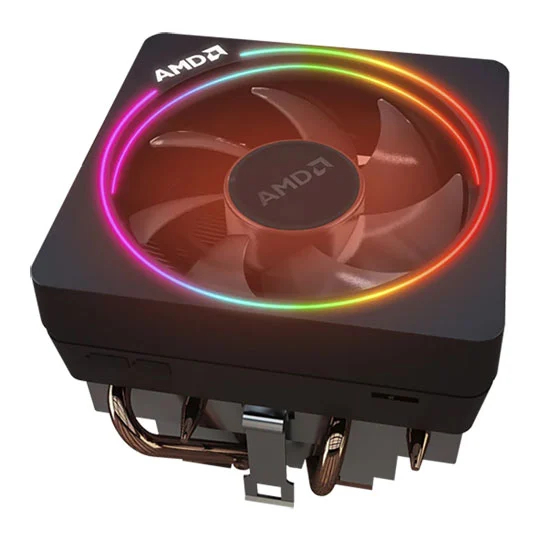 Nice offer on this decent cooler, might suit someone. 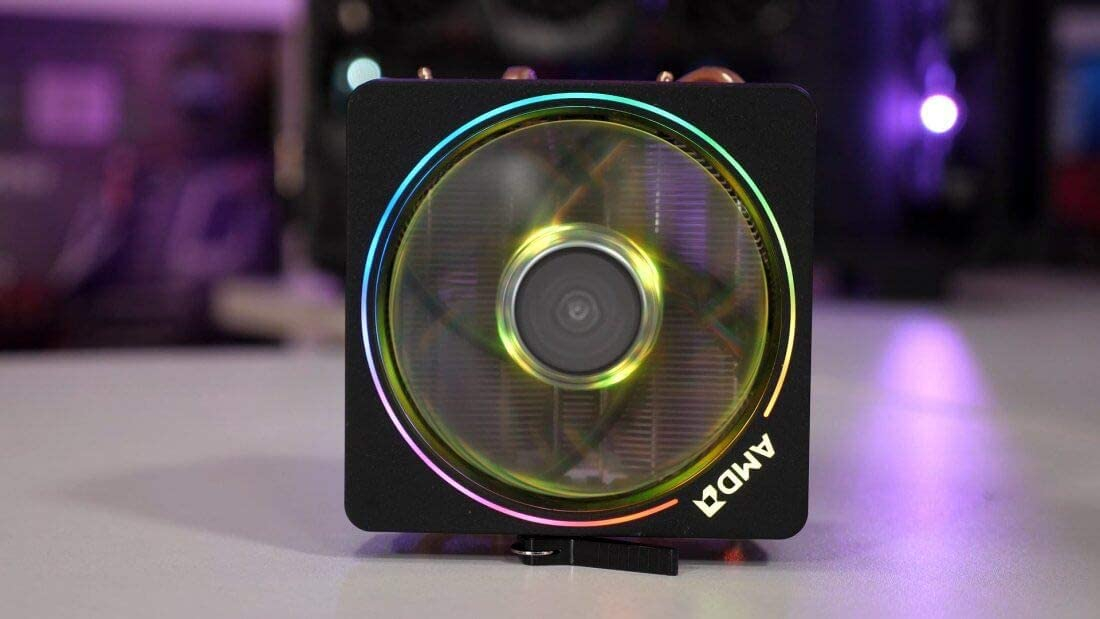 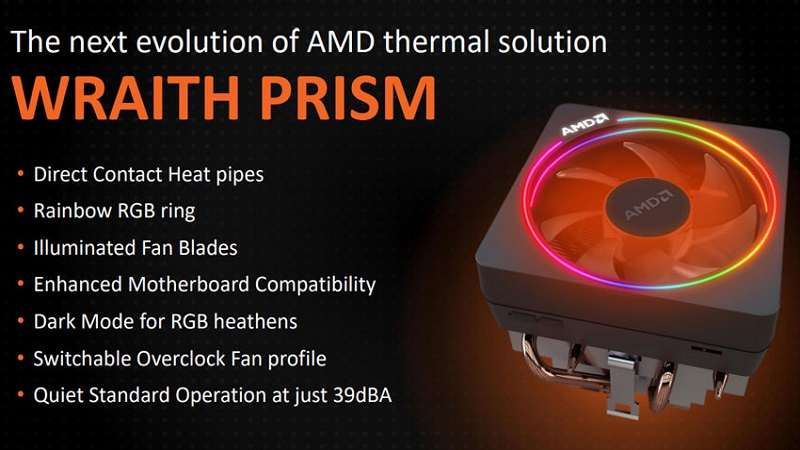 The Premium AMD Wraith Prism CoolerThe AMD Wraith Prism goes where no stock cooler has gone before with per-RGB LED control around the illuminated light ring and transparent fan blades. We’ve also added support for Razer Chroma, so you can enjoy ambient in-game effects that react dynamically to every action and event.

But the Wraith Prism isn’t just a pretty face; we’ve increased motherboard and RAM compatibility by minimizing the profile and added direct-contact heat pipes and fan overclocking control to increase thermal effectiveness, too.

Features
Official Genuine AMD Branded Product OEM
Brand New with Thermal Paste Pre-Applied by AMD
Aluminum heatsink with copper core base
4.13-inch fan - RGB programmable LED with compatible motherboards
4-pin power connector (9-inch length, approximate)
Supports Motherboard Socket: AM4 / FM2 / FM1 / AM3 / AM2 / 1207 / 940 / 939 / 754
PostTweetShare Share with WhatsApp Share with Messenger
Community Updates
Scan DealsScan voucher codes
New Comment SubscribeSave for later
18 Comments
13th Apr
Is this better than the stock cooler that comes with the 3600?
13th Apr
I tried to like mine ( pretty lights lol) but so much happier after getting an aftermarket cooler. Too hot and noisy.
13th Apr

Is this better than the stock cooler that comes with the 3600?

Yes.
13th Apr
mine have be doin fine so far, got it with 3700x. temp around 65 degree when gaming. But depends on rest of ur setup on the system.
13th Apr
Save yourself some money and go for something like an artic freezer 34 esports duo. £35 on amazon currently. I bought a new motherboard, cpu and ram recently. To try and keep costs down I left the stock AMD wraith cooler (which isn’t much different) in operation for a while but quickly regretted it! The CPU was getting up to around 80-100 degrees whilst gaming due to the fact it’s basically blowing air straight in to to the side of the case instead of out of the case. With my new cooler even with heavy loads and gaming sessions I’m sat at a max of 70 degrees and avg 64 degrees.
Edited by: "jehyburd" 13th Apr
13th Apr

Take off side panel? But careful you dont kick it
13th Apr

Take off side panel? But careful you dont kick it

Go for something with a much better design to dissipate the heat! 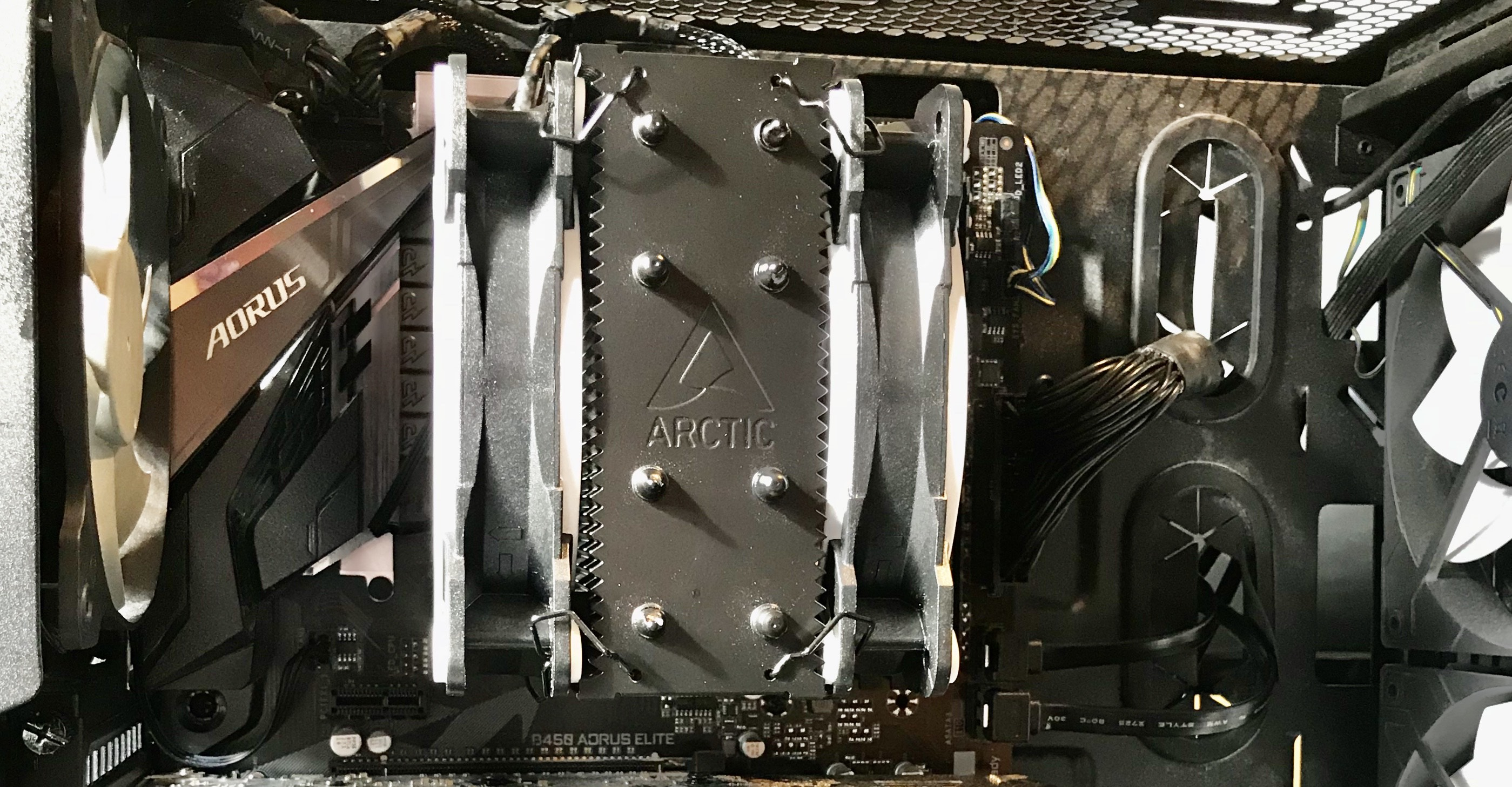 13th Apr
Dont bother with these AMD fans, although they do cool they are NOISY AF. for 10 quid more you can get a basically silent fan or just buy a noctua... 6 years warranty will last you for 2 PCs.
13th Apr
I just uninstalled my stock cooler, if anyone wants one for £12 shipped let me know
13th Apr
These are the best stock coolers available, however for an aftermarket cooler this isn't the best choice, dont get me wrong though this is a good cooler for its price both aesthetic and performance wise but it can be a bit loud..
13th Apr

Save yourself some money by spending £14 more? Stealth and Spire are similar, this is quite a bit different.
13th Apr
Not a good choice aftermarket, I've got this on my 2700x. Loud and not that great, looks epic though.

Another vote for the Artic Freezer here. The single-fan version normally retails for around £20, and they're quieter, better at cooling, and they allow you to keep a directional thermal flow through your system. These coolers are alright as a freebie in the box, but I definitely wouldn't recommend anyone buy one specially.

If anyone does want one of these though, PM me, and you can have mine for the price of a £15 donation to my mate's NHS PPE JustGiving campaign.
14th Apr
Voted hot for the price.


But, as others have said as an upgrade honestly spend a few quid more and just buy a Noctua.
14th Apr
Bought because my mobo doesn't have an RGB header. For those who don't know, you can control the RGB through the USB header using AMD's software. Heat added as this is usually 50% more expensive.
16th Apr
If you have room in your case, get a dark rock pro 4. You’ll thank me later
30th Apr
I’d spend the extra and get a Scythe Mugen 5 or a FUMA. If you have the space that is.