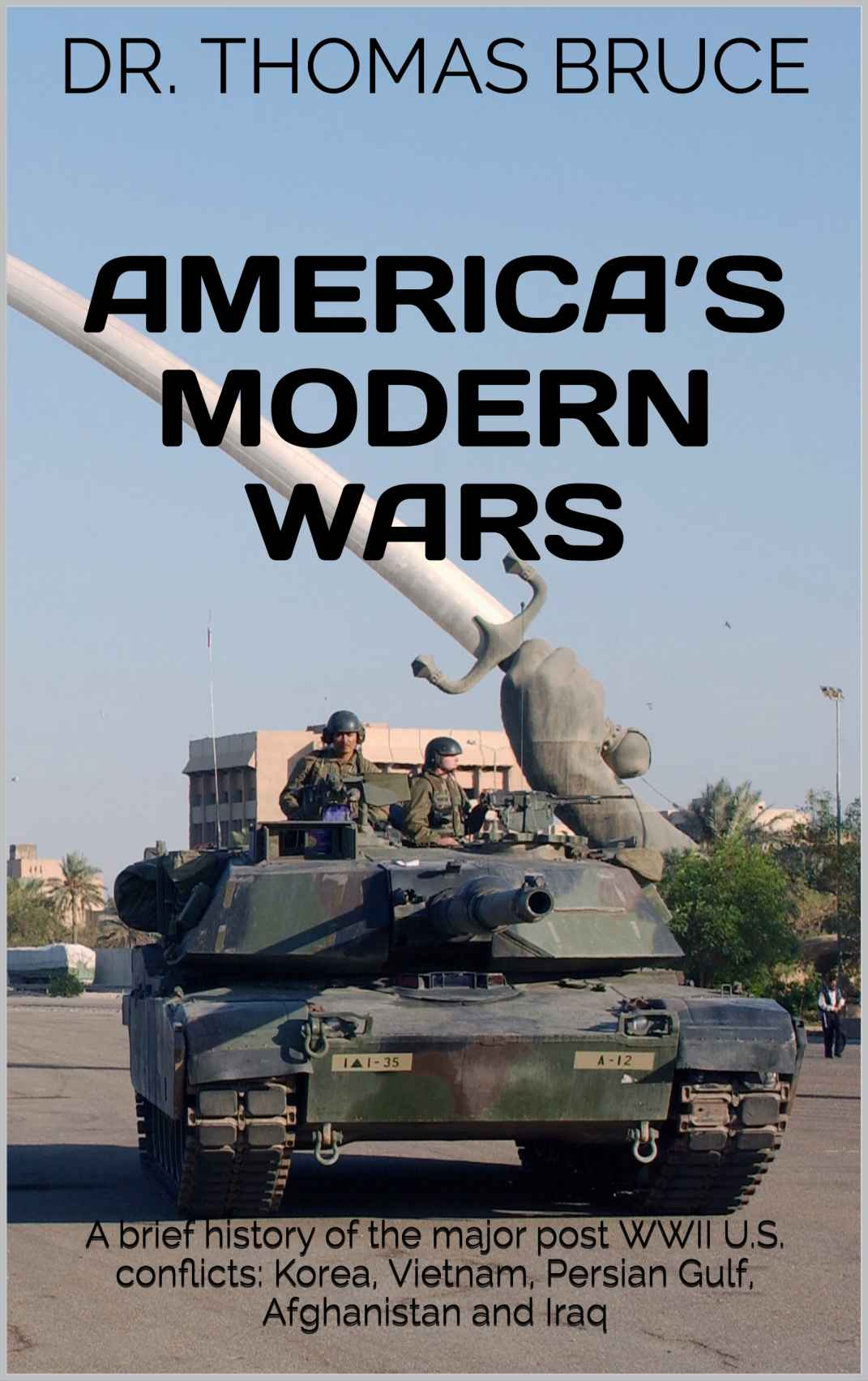 "Following World War II America made a bold stand against the ambitions of an aspiring USSR. Taking the lead with the recently formed NATO and UN in resisting Communist incursions, the US found itself entrenched in the Korean War, fighting the North Koreans, Chinese and Russians simultaneously. Soon afterward America once again assumed the role of resisting Communist expansion, becoming involved in the quagmire of Vietnam. With a new century approaching and the ever changing worldwide political situation resulting in the relative collapse of Communism around the world, the US was to find itself embroiled in a newly evolving style of warfare in the never ending conflict of the Middle East. Liberating Kuwait from Saddam Hussein during the Gulf War, the United States soon returned to the region, invading Afghanistan in response to the attacks on the World Trade Center, and attacking Iraq to depose Hussein and thwart his ambitions for a greater Iraq"
PostTweetShare Share with WhatsApp Share with Messenger
Community Updates
Amazon DealsAmazon discount code
New Comment Subscribe Save for later
Top comments
7th Jan

Come to peace and forget about wars.

Lest we forget...
7th Jan
should be edited to say Banking Corporations War with over 58 countries in 60 years
7th Jan
Best way to preserve the peace is to prepare for war.
7th Jan

Actually the best and most intelligent
way to preserve peace is to talk and respect each other.
7th Jan
I like the well-meaning comments about peace above, but the fact is, peace today is maintained by the threat of war. Fear isn't the best method of imposing peace, but it's all the world knows.
7th Jan
RRP £26.42?!
7th Jan
This book must be open-ended and have lots of future amendments planned.
7th Jan
Was it written by an American or someone rather more impartial?

I think, based on your theory, that I will enroll on a Kung Fu course. My wife will respect and fear me more and will therefore lead to a far better relationship. ..
7th Jan
clue, it's about cheap oil.
7th Jan

However Uncle Sam didn’t let anyone to get prepared for the war and before they are get prepared, they are invaded by force.
8th Jan
never been more relevant
9th Jan
Thanks OP.🌞

Lets hope Trump can be persuaded that starting a war to ensure he wins the next election, is a wee bit too extreme......even for him. Fingers crossed, eh?!
9th Jan

Nah he bottled it,talks a good talk that’s about it.....
9th Jan

He took out a terrorist,he’ll be in heaven on the top table
9th Jan

The one with angels and chocolate