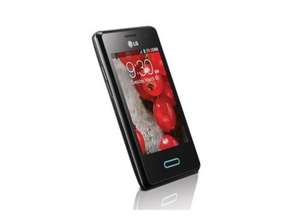 Before you go any further, this is probably most relevant for Spotify Premium users. It is also not necessarily a 'deal' per se, as we have nothing yet to compare it with, but we have established a benchmark price to work from if this idea raises its head again in future.

What in God's name is a Spotifone you ask?

Well, this morning my 16gb iPhone was, once again, full to the brim with data - pictures, apps, videos and Spotify songs.

Fortunately I had a few episodes of Masterchef that I could delete on iPlayer - I find there's nothing more satisfying than banishing Greg Wallace with the same glee he demolishes puddings - but the 8gb of Spotify files is crippling my iPhone.

As a consequence of not wanting to constantly delete things on my phone just to make space for Spotify data, I wondered if there was a way of creating a cheap and cheerful 'Spotifone', so I can delete Spotify from my iDevice and re-download all that data to a standalone device.

The first alternative was to go simple and buy an iPod that was capable of running Spotify.

The result? Brutal. £199 gets you a current 16gb iPod touch, with no expandable memory.

We've set the benchmark though. How far under £199 can we get in the search for a device with a large memory and will accomodate the Spotify App.

After about 3 seconds thinking, I decided Android was the way to go. Why?

a) People are more familiar with Android than Windows phone as a rule.

b) There are myriad Android handsets to choose from, giving us the best chance of making a cheap Spotifone.

What does a Spotifone comprise?

The idea of this thread is to see if anyone can put together the two items to make a decent Spotifone for the cheapest price.

Remember, this is not about the beautiful quality of the phone, or the pixels on the screen, or its spectacular features. It's about:

"Can it run Spotify?"
"How good is the battery?"
"Has it got a headphone jack?"

This is my attempt:

The LG L3 II, currently reduced to £39 with Tesco Mobile:

It might be a deeply average phone, but it runs Android smoothly and the battery is awesome.

So come on HUKD, can you beat that? It's meant to be a bit of fun and I appreciate it's quite specific, but it'll be interesting to see what we can come up with. I'll update the thread as and when.

*please note there is obviously going to be discrepancies between mobile carriers. This isn't supposed to be a thread for that. As long as the phone can update Spotify over Wifi, we're in business.

Arguably a better phone for £44.95 more if you're interested in a bigger, better screen. Courtesy of Da11as.

If you have an nus card you get spotify premium for £4.99