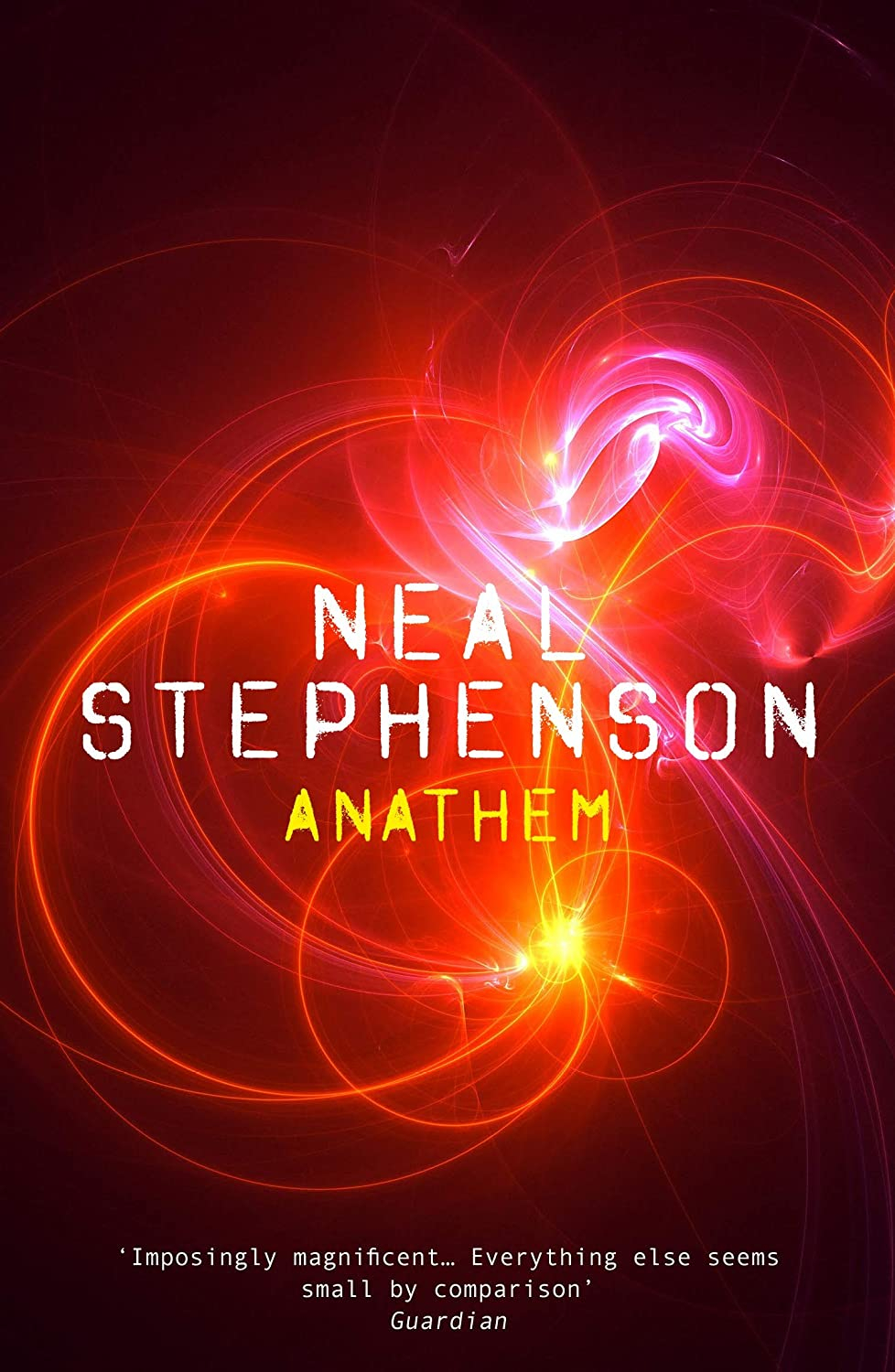 £0.99Amazon Deals
3
Get deal*Get deal*
3Get deal*Get deal*
Posted 17th May
Anathem, the latest marvellous invention from the author of Cryptonomicon and the Baroque Cycle trilogy, is a magnificent creation - a work of great scope, intelligence, and imagination that ushers readers into a recognizable - yet strangely inverted - world.

Fraa Erasmas is a young avout living in the Concent of Saunt Edhar, a sanctuary for mathematicians, scientists, and philosophers, protected from the corrupting influences of the outside world by ancient stone, honoured traditions, and complex rituals. Over the centuries, cities and governments have risen and fallen beyond the concent's walls. Three times,during history's darkest epochs, violence born of superstition and ignorance has invaded and devastated the cloistered community. Yet the avout have always managed to adapt in the wake of catastrophe, becoming out of necessity even more austere and less dependent on technology and material things.

Now, in celebration of the week-long, once-in-a-decade rite of Apert, Raz and his colleagues prepare to venture beyond the concent's gates - at the same time opening them wide to those outside. But before the week is out, both the existence he abandoned and the one he has now embraced will stand poised on the brink of cataclysmic change.

Powerful unforeseen forces jeopardize the peaceful stability of the life of the concent as, one by one, Raz and his colleagues, teachers, and friends are summoned forth from the safety of the concent in hopes of warding off global disaster. Suddenly burdened with a staggering responsibility, Erasmas finds himself a major player in a drama that will determine the future of his world - as he sets out on an extraordinary odyssey that will carry him to the most dangerous, inhospitable corners of the planet... and beyond.
PostTweetShare Share with WhatsApp Share with Messenger
Community Updates
Amazon DealsAmazon discount code
New Comment Subscribe Save for later
3 Comments
17th May
Loved this book - after getting through the first 100 pages or so.
17th May
Fantastic

Stephenson’s one of the best
17th May

Loved this book - after getting through the first 100 pages or so.

guess I need to try again then