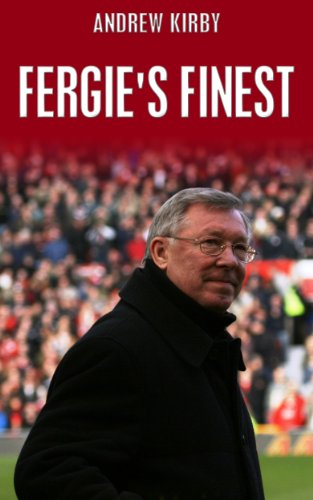 Paperback is £7.99. Good Reviews
Sir Alex Ferguson was one of the greatest football managers of all time.

Over 26 years in charge of Manchester United, his passion for winning and tactical flair made them the most successful club in the Premier League. Under his guidance, United won an eye-watering 38 trophies, including 13 league championships.

But who were the greatest players of the Ferguson era?

Over 185 players debuted for United under Ferguson and more than 200 players wore the red jersey for Fergie.

They included legends of the modern game from David Beckham to Ryan Giggs, from Roy Keane to Bryan Robson, and from Eric Cantona to Cristiano Ronaldo.

But which were the Greatest Eleven?

Was Paul Scholes the best player in the heart of the midfield? Or Bryan Robson?

With interviews from football writers and former players, this book considers the leading contenders for each position in Sir Alex Ferguson’s First Eleven.

It is the one book that every Manchester United fan - and indeed every football supporter - will want to read.

Andrew J Kirby’s sports writing has featured in BBC Sport magazine, and on the Radio Five Live website. He has held a Manchester United season ticket for the entirety of the Sir Alex Ferguson reign at Old Trafford, and regularly follows the Reds across Europe and beyond.

He also writes award-winning crime fiction as AJ Kirby, and has published five novels including Sharkways and Paint This Town Red, which was shortlisted for the Guardian's Not the Booker Prize 2012.

China and Essex will be straight onto this!

...what?
9th Apr
Had enough of that scum over the years, not a chance I would allow it in my house. MOT