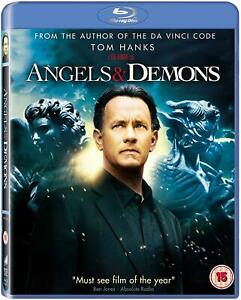 Product InformationANGELS AND DEMONS re-teams director Ron Howard and star Tom Hanks for the sequel to their international blockbuster adaptation of Dan Brown's novel THE DA VINCI CODE. Although the book Angels and Demons was written before the novel THE DA VINCI CODE, the movie transpires after the events of the earlier movie. Hanks stars as Professor Robert Langdon, the most respected symbologist in the United States, who uses his knowledge in order to decode a symbol on the skin of a murder victim. The clues put him on the trail of an international conspiracy involving the Catholic Church. Ewan McGregor and Ayelet Zurer also star in the Sony Pictures production.
PostTweetShare Share with WhatsApp Share with Messenger
Community Updates
EBay DealsEBay discount code
New Comment SubscribeSave for later