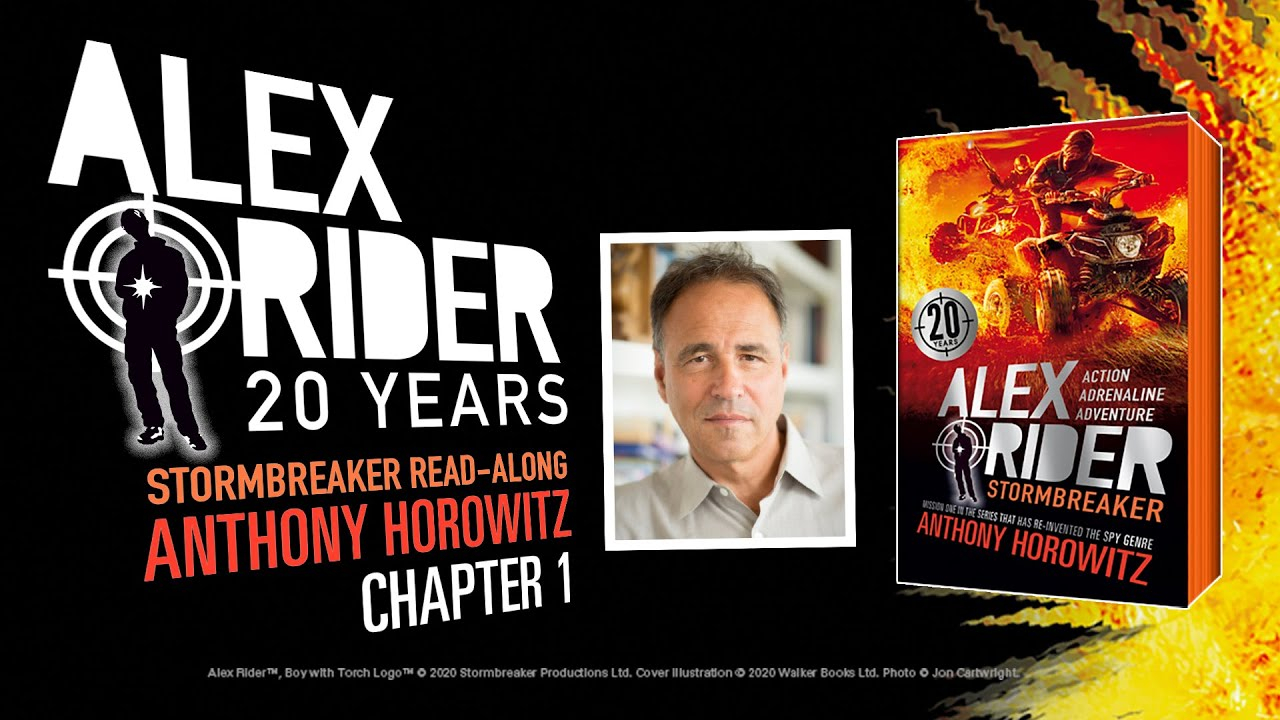 Anthony Horowitz, is reading his first Alex Rider novel, Stormbreaker a chapter at a time. There are three chapters currently available with the rest to follow.
In the first book in the number one bestselling Alex Rider series by Anthony Horowitz, fourteen-year-old Alex is forcibly recruited into MI6. Armed with secret gadgets, he is sent to investigate Herod Sayle, a man who is offering state-of-the-art Stormbreaker computers to every school in the country. But the teenage spy soon finds himself in mortal danger.

Review'Is there anyone in Britain who will not enjoy this fabulous junior James Bond adventure?' --Daily Mail

'A fabulous story that crackles with suspense and daring and shows that a bit of cheek will take you a very long way […] A great, pacy read.' --Love Reading


About the AuthorAnthony Horowitz is the author of the number one bestselling Alex Rider books and The Power of Five series. He has enjoyed huge success as a writer for both children and adults, most recently with the latest adventure in the Alex Rider series, Russian Roulette and the highly acclaimed Sherlock Holmes novel, The House of Silk. His latest novel, Moriarty, is also set in the world of Sherlock Holmes and was published in October 2014. Anthony was also chosen by the Ian Fleming estate to write the new James Bond novel which will be published next year. Anthony has won numerous awards, including the Bookseller Association/Nielsen Author of the Year Award, the Children's Book of the Year Award at the British Book Awards, and the Red House Children's Book Award. In 2014 Anthony was awarded an OBE for Services to Literature. He has also created and written many major television series, including Injustice, Collision and the award-winning Foyle's War.
PostTweetShare Share with WhatsApp Share with Messenger
Community Updates
YouTube Deals
New Comment Subscribe Save for later
8 Comments
25th Apr
My favourite author as a youngen, Diamond Brothers series is fantastic, my kids are reading through it now.
25th Apr
Thanks!
26th Apr
Just for clarity...this is a deal to watch a man reading his own book?

Next we'll be watching people take a dump so we don't have to do it ourselves... the mind boggles.
26th Apr

It is a deal, as the audiobook costs £13 and this is free.
26th Apr
First book that got me into reading back when I was a teenager. Very well written, and very enjoyable!
26th Apr
Thanks!
5th May

What's next...? Watching someone pretend to be someone else, whilst saying words written by yet another person?
6th May

Ermm nowhere close to my point but you can have a 2 out or 10 for trying.