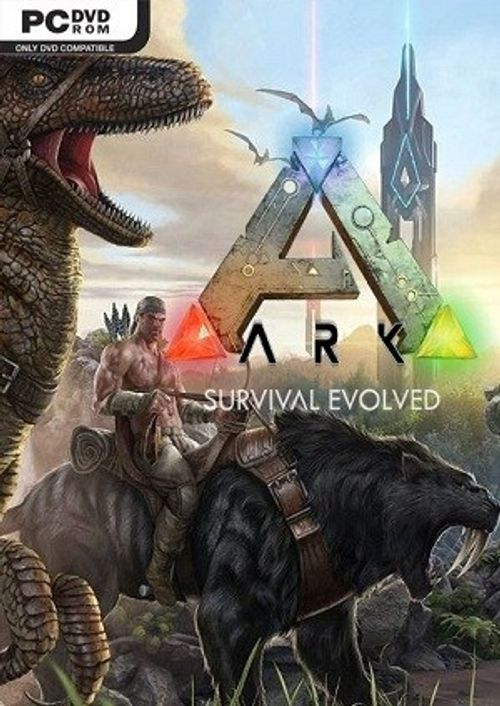 As a man or woman stranded naked, freezing and starving on the shores of a mysterious island called ARK, you must hunt, harvest resources, craft items, grow crops, research technologies, and build shelters to withstand the elements. Use your cunning and resources to kill or tame the leviathan dinosaurs and other primeval creatures roaming the land, and team up with or prey on hundreds of other players to survive, dominate... and escape! 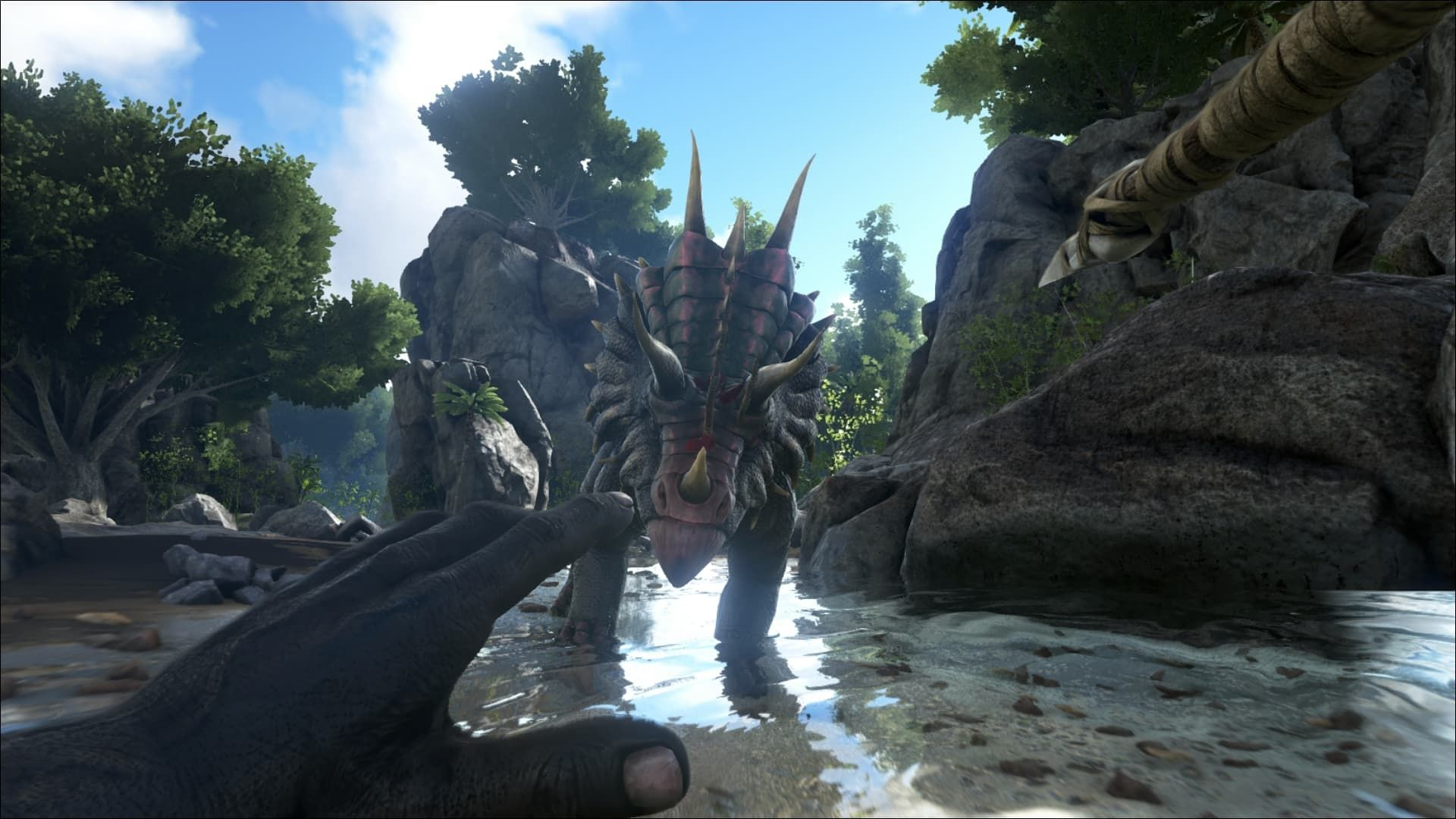 It is one of them games where it is too late to start playing unfortunately. The community who play it are just way too good and they just kidnap you and don't allow you to do anything. To get me going I watched the first 30 minute gameplay and took it from there. It is a fantastic game but it is very glitchy on console not sure about pc. I would like to get back in to it and may give it a punt at this price. It is great fun with friends.
8th Jan

Ahhh typical lol ... Its on Xbox games library, I installed it but when I joined a game i had absolutely no clue... plus the tutorial is an absolute joke!!! Lol i even tried just creating a private game for myself and once I figured out how to make some stuff I got stuck and was like.... erm what now lol.
8th Jan

If you watch 30 minute gameplay you should be fine.
8th Jan
I lost two friends to this game. They are probably logged in now building their base, crafting items and looting other players whilst riding a pterodactyl.
Epic game if collecting & crafting is your thing
8th Jan

If you watch 30 minute gameplay you should be fine.

Cheers matey.... might just do that and go from there! ‌
8th Jan

I find a lot of players on the servers to be very kind and helpful.

It's tough to get started but if you can deal with getting killed a lot and trial and error then you'll be fine.

My group of friends have our own server at the moment, just so you know that's an option.
8th Jan
Just start on a PvE server to get your footings. Building side of things you can learn quite quickly, it's the taming of the Dino's that's a ball ache
8th Jan

Hey! Aww nice, you play on the PC I presume?
‌
8th Jan

Hey! Aww nice, you play on the PC I presume?

I'd agree here, the game is fun but grab your mates and play as a team, it's much more fun and easier to progress together, especially when taming. You can start a tame and let your friend hang about to finish taming if you need to go.

There used to be some things on the Xbox version (probably carried in the PC version too) where you could wind up other server users in PVE if you wanted to. Such as aggravating big dinos (T-Rex / Giga) and luring it to an enemies base to destroy things, such as walls to buildings, to allow others to access.

I've also seen people fence other players in and then locking the big gates, so the only way out is by flying, swimming around or waiting for them not to come back to the server for days on end, so you can tear it down after it times out.

So, for those that aren't sure whether they want to play...

I'd recommend working together to build rank and make sure you safeguard yourself just in case.
Plant X is worth setting up, which will fire on dinos that come near it (Helps protect against pesky players dragging the big dinosaurs back) Set up plenty as well, as some are harder to keep back than others. Keep it watered!

Once you have established your base, pop some pillars down or something around the vicinity. Others players outside of your clan can't build right next to them. So if you get there first, you kind of stop anyone trying to fence you in.

We set up on a section in the north that is on a hill. It's well protected from 3 sides and you can pop some big dino gates along the bottom to section yourself off. Plant X running the parameter keeps away any nasties and you've got everything you need to get started near by. Loads of fish in the little lake just south and dodos everywhere for quick easy tames. Also there's not many dangerous dinos that come near.

Once you've built up, just set up a few different bases around the map. Also sleep indoors when you're not online. You can be dragged to the water by other players, drowned and robbed (or used to be the case at least) I used to pop all my items in a locked chest, just to be safe

In case anyone cares It's been a LONG time since I have played though and not ALL servers are full of people that want to annoy you! 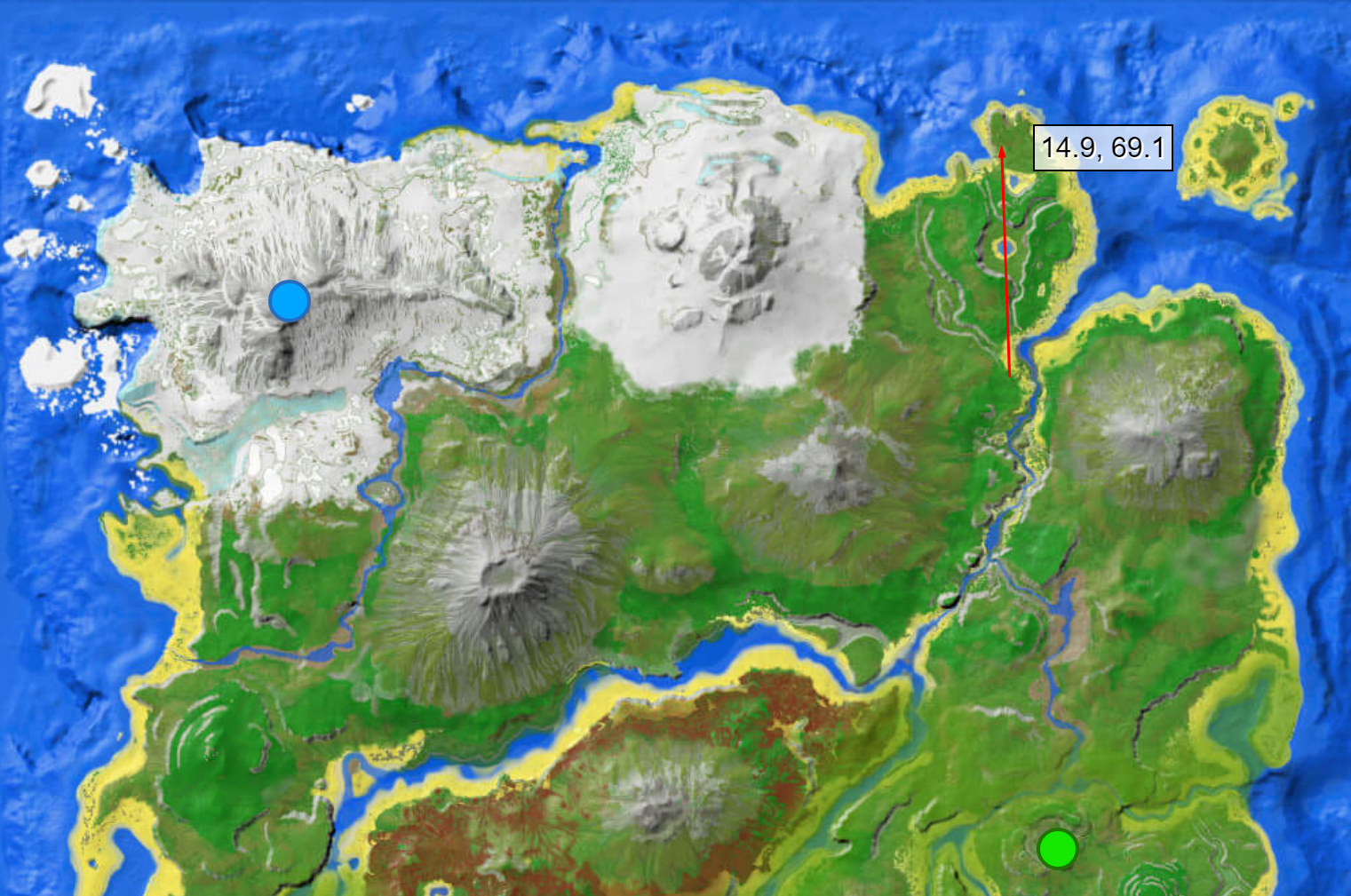 Edited by: "Ken" 8th Jan
8th Jan
Good game but can get quite addicting. I left official games ages ago and went to unofficial as it’s more of a relaxed setting, and doesn’t take 3 hours to tame a decent Dino when you’re busy. Waiting for genesis to come out. If you do get this game I advise downloading the app ‘Dododex’ - it’ll help