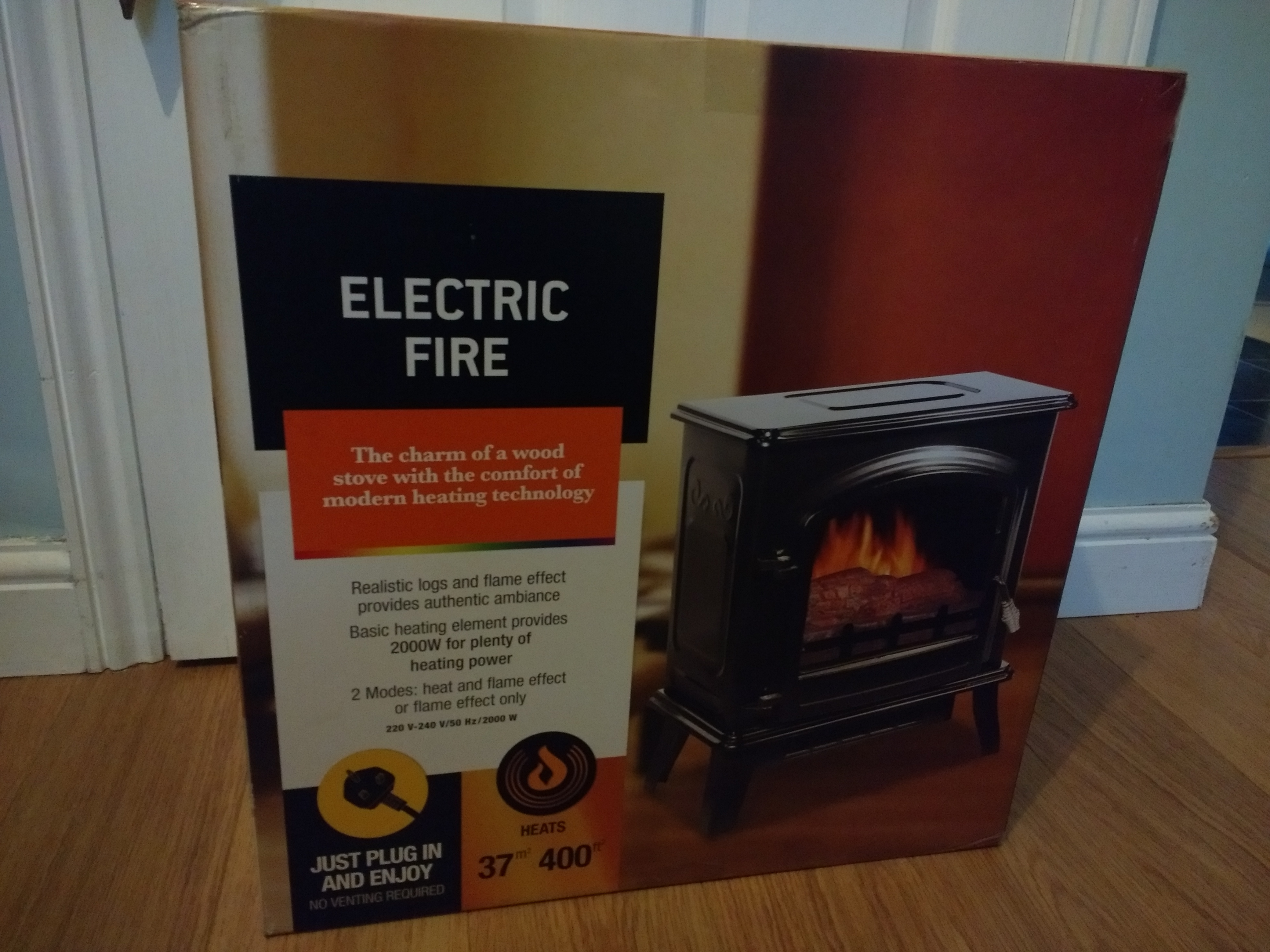 Great little 2KW Electric stove picked up from a large pile of similar items in Rugby Asda.
Don't know if this is a nationwide deal or not, but if you can get one I think its a bargain - especially with the long cold nights rolling in.

Has a cast iron wood burning fire look about it with led flame effect, and although pretty much most Electric fires have a naff artificial flame., this one is not bad especially given the price. I've seen a lot worst.

Only three controls. On/off for the flame effect, a single on/of for the 2kw heater (blows from under the unit) and a thermostat dial. all nicely hidden behind the hinged door.

All in all I'm highly impressed. We only bought this as a temp solution till we find a suitable inset fire for our new surround, and £25 was pretty much a cheap and cheerful solution for this.

When I check the part number on Google its clear its already sold in Walmart in the states (branded as a Decor Flame) and is currently marked down at from $79.99 to $67.82. So the UK price is way cheaper. 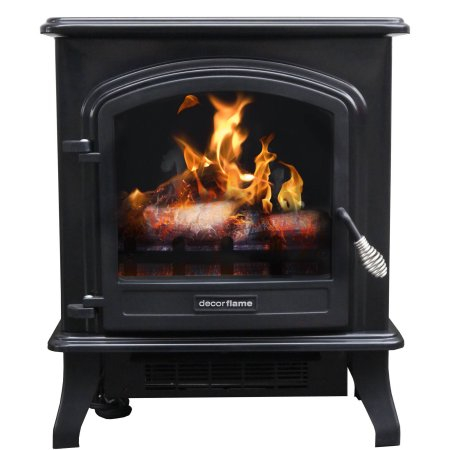 My stove currently in situ. 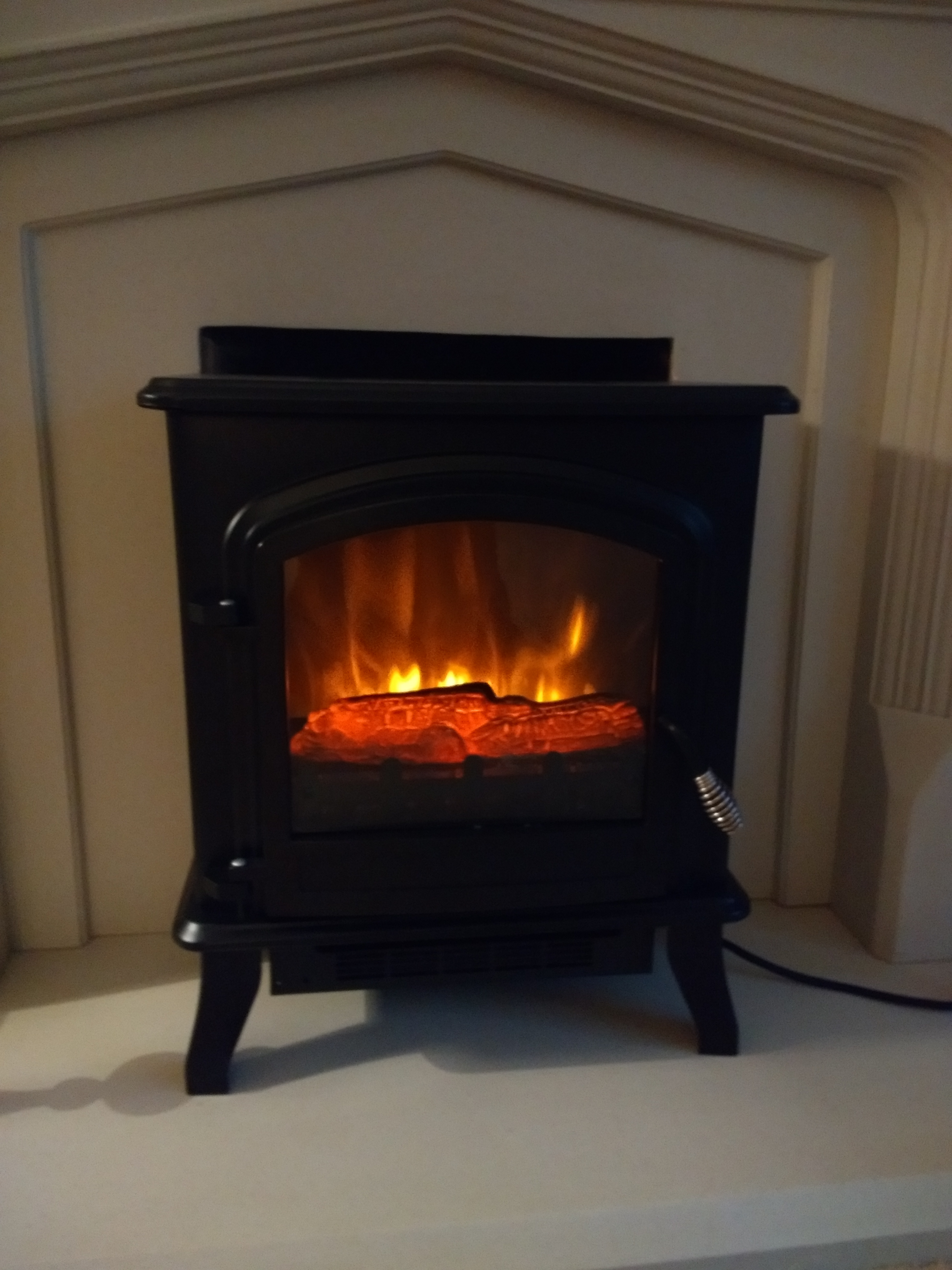 PostTweetShare Share with WhatsApp Share with Messenger
Community Updates
George (Asda George) DealsGeorge (Asda George) discount code
If you click through or buy, retailers may pay hotukdeals some money, but this never affects which deals get posted. Find more info in our FAQs and About Us page.
New Comment Subscribe Save for later
3 Comments
15th Nov 2017
Walmart have this down as 1.5KW, but the unit I have states 2KW.
Vive la difference
15th Nov 2017
@meggie_dude Good spot on this looks good excuse the pun, heat added!
Edited by: "niceroundpound" 15th Nov 2017
16th Nov 2017
How cute :-D