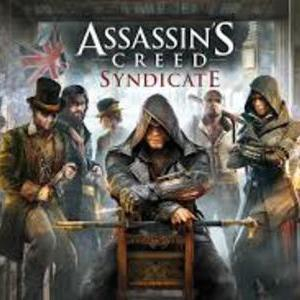 Free now to pick till next Thursday along with Faeria

The next free game is InnerSpace and will be available from 4PM next Thursday. 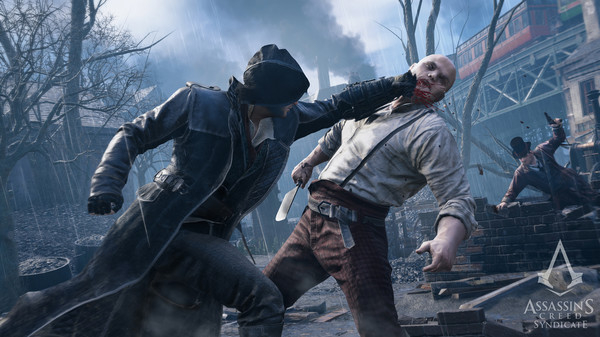 Description
London, 1868. In the heart of the Industrial Revolution, lead your underworld organization and grow your influence to fight those who exploit the less privileged in the name of progress:

Champion justice
As Jacob Frye, a young and reckless Assassin, use your skills to help those trampled by the march of progress. From freeing exploited children used as slave labour in factories, to stealing precious assets from enemy boats, you will stop at nothing to bring justice back to London’s streets. 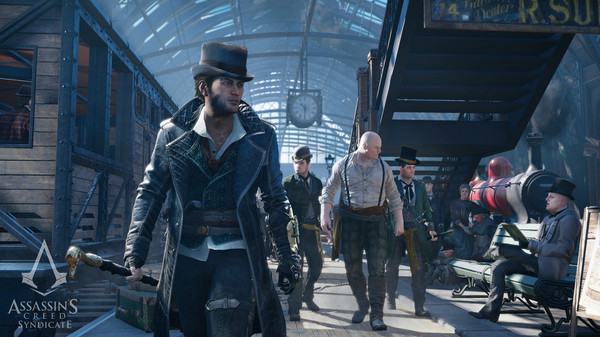 Command London’s underworld
To reclaim London for the people, you will need an army. As a gang leader, strengthen your stronghold and rally rival gang members to your cause, in order to take back the capital from the Templars’ hold.

A new dynamic fighting system
In Assassin’s Creed Syndicate, action is fast-paced and brutal. As a master of combat, combine powerful multi-kills and countermoves to strike your enemies down. 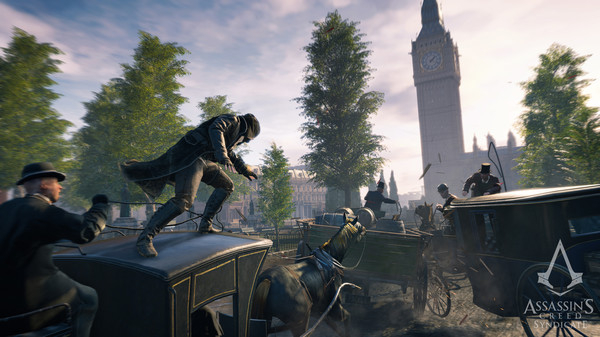 A whole new arsenal
Choose your own way to fight enemies. Take advantage of the Rope Launcher technology to be as stealthy as ever and strike with your Hidden Blade. Or choose the kukri knife and the brass knuckles to get the drop on your enemies.

A new age of transportation
In London, the systemic vehicles offer an ever-changing environment. Drive carriages to chase your target, use your parkour skills to engage in epic fights atop high-speed trains, or make your own way amongst the boats of the River Thames. 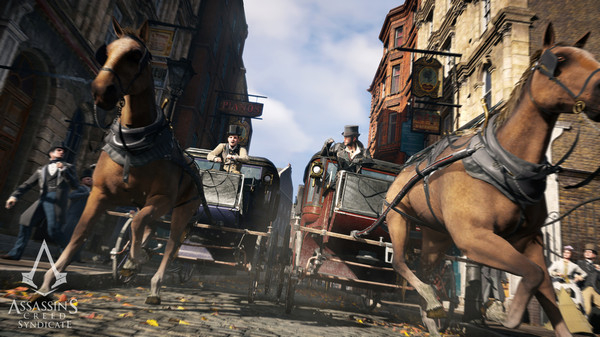 Let's not
17th Feb
Nice!! I have been patiently waiting for this since it’s release, even going so far as to not buy it when it was £4.99!

My Scrooge approach has paid off! ‌
17th Feb
Loved this game! A not too distant second after Odyssey, for me.
159 Comments
17th Feb
Great game to giveaway, kingdom come and now this, epic are on a roll
Edited by: "dealhard" 17th Feb
17th Feb
Nice!
17th Feb
Ooh, this is the London one. Haven't played it. Wow what a giveaway, Epic unreal.

You forgot Faeria Mat.
Edited by: "Frankie77" 17th Feb
17th Feb
Nice!! I have been patiently waiting for this since it’s release, even going so far as to not buy it when it was £4.99!

My Scrooge approach has paid off! ‌
17th Feb
And this is also going to be free: epicgames.com/sto…ome
17th Feb

Faeria was announced last week and duly posted hotukdeals.com/dea…161‌ This just shows up now and is here for everyone as a bit of heads up.
17th Feb
Great find. Have some heat OP.
17th Feb

haha - yes, Epic are spoiling us all royally And steam are chilling out still counting their Valve money
17th Feb

Ah I see now. I was just trying to keep you on your toes.
17th Feb

Sorry. Being a console gamer, I don't hold a good track of these PC games.
17th Feb
Never going to have time to play all these now, I'm drowning slowly in free games Epic. Please stop, i need a break. Invent a pause button for life.
17th Feb

Ah I see now. I was just trying to keep you on your toes.

No worries mate, the amount of games Epic is giving away is really insane - they must be making an absolute pounding with Fortnite - think they started teasing Season 2 of the game as well.
17th Feb
one of the more underated AC games, the grappling hook really makes traversal in this a joy. Also its pretty short and linear which i prefer over the 100 hour paded bore fest direction that ac games are going in.
17th Feb

What is fork knife?
17th Feb
Eh..
17th Feb
Niceeeeeeeeeeeeeeeee
17th Feb
Sweeeeeeeet this is the only one I want to play but never got round to buying it
17th Feb
i really enjoy Assassins creed games, and this one is one of the better ones. imo its not as good and memorable as origins or blackflag or even 2 but still up there.
17th Feb
Loved this game! A not too distant second after Odyssey, for me.
17th Feb

Suprised the games are weekly freebies and not every 2 weeks
17th Feb
HEAT. This is up there as one of my favourites too! Feels like what the games were intended to evolve in to from the first one...without all the sailing nonsense

If you enjoy it, definitely cough up for the Jack the Ripper dlc. It's dark, scary and engaging. Fantastic.
17th Feb

Yeah, all the DLC for this are worth playing

Watched a documentary about the last Maharajah not long after playing it that was a good watch.
17th Feb
Epic game launcher doesn't work on my pc i try everything but not
17th Feb

Did you enable compatibility mode on the shortcut? I just got a black window until I did.
17th Feb

That might be your Microsoft Visual C++, maybe try reinstalling that. Pretty sure you can download it from the Microsoft site.
17th Feb

I will try thank you.
17th Feb
nice
17th Feb
not showing for me?

Can't see it. Am I doing something stupid?

3 more days and the beauty would be yours
17th Feb

3 more days and the beauty would be yours

Lol got too excited
17th Feb
Can someone remind me on the 20th?
Ta
17th Feb
Thanks, I hope I remember this one