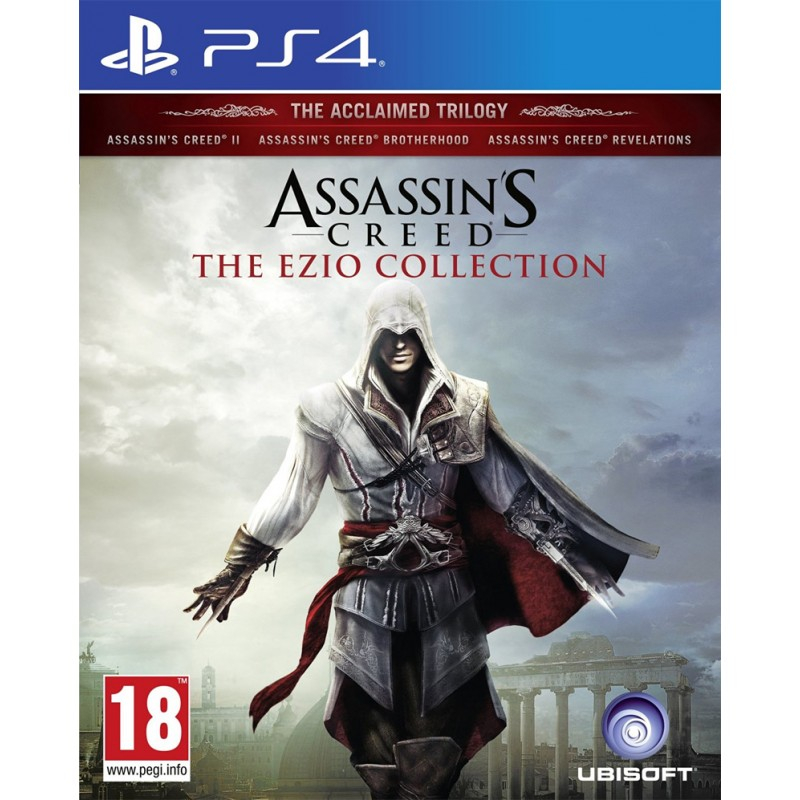 PostTweetShare Share with WhatsApp Share with Messenger
Community Updates
The Game Collection DealsThe Game Collection promo code
If you click through or buy, retailers may pay hotukdeals some money, but this never affects which deals get posted. Find more info in our FAQs and About Us page.
New Comment Subscribe Save for later
9 Comments
27th Dec 2019
Heard mixed reviews on this, great upgrade but can tell it’s a PS3 game. Anyone got a decent balanced review on it?
27th Dec 2019

Currently playing through it at the moment and if you loved Ezio’s story and want to revisit it again then don’t hesitate. However, if you remember the struggles of the climbing mechanics at times and you don’t want to experience that again then keep the story you remember in your head and don’t pick it up. The graphics haven’t changed that much and you will feel like you’re playing a PS3 game. On the other hand if trophies are your thing then the annoying multiplayer ones have been removed making the platinum trophies much more attainable. I personally feel that the story of these games always deserve a play through again especially if you’ve never experienced the story of Ezio Auditore.
27th Dec 2019
Nice find
27th Dec 2019

Yes I have played all the mainstream games except for Unity which I need to buy on sale. I have odyssey gold here but haven’t opened it 2 months on from buying it
28th Dec 2019
Ezio is my favourite of ALL of the assassins and, yes, this may at times feel a little old school when compared with newer games, but the game action, storylines & authentic, Italian historical open world areas to explore (whilst using weapons including the badass switchblades) is simply amazing.

'We work in the Dark to serve the Light. We are assassins.'
28th Dec 2019
If you order this, you may also need to order your can of Monster, a booking with your sofa where you’ll sit and smell for over 24 hours straight, where you’ll not interact with a single soul. You’ll no doubt walk down the street with your t shirt on that has a picture of a wolf howling.

AC Odyssey is one of the best games I've played - a masterwork from start to finish. Just put by a couple of months to complete everything. Only The Witcher 3 can touch it, I reckon
Edited by: "snotters" 29th Dec 2019
29th Dec 2019

Got Witcher 3 and never played it. Had it for over a year.