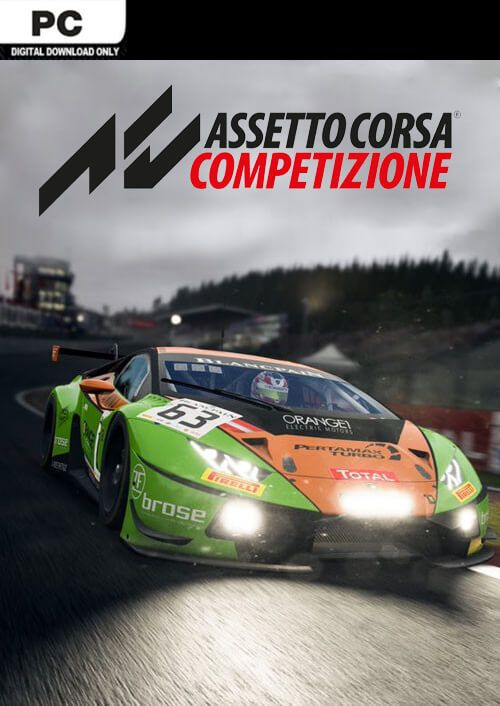 This keeps dropping. Cheapest its been.
PostTweetShare Share with WhatsApp Share with Messenger
Community Updates
CDKeys DealsCDKeys voucher codes
New Comment SubscribeSave for later
10 Comments
28th May
....except when it was cheaper
29th May
I enjoy the original AC but something is stopping me picking this up. No idea what as this is a decent price
29th May
What's the formula 1 racing like in assetto corsa? I've been hankering for a new racing game for a while, but didn't want to buy the F1 title as I want to have fun with other cars too.
29th May
ACC has about half the online players that the original has, but it seems to be creeping closer.
I do prefer racing GT3 cars over any others, but feel this game is a little limited compared to the original and it can’t be modded with new content.
Career mode for single player in both games is soul-less, but that’s not really what they are about.
29th May
The VR mode is incredible but it doesn't half make you feel sick when you lose traction and slide off the road.
29th May
Has been at £15.99 before, so not quite the cheapest its been..
29th May

ACC (this one) is just GT3 cars, AC (the original) is pretty good for open wheelers from what I remember.
29th May

Nice one, thanks.
30th May
You can play it for free on steam this weekend, if you're unsure about buying it.
30th May

I prefer the GT2/GT3/LMP1 above all

Personally I think KUNOS Simulazioni made a bad move creating ACC as a separate game, because all its really done is split their own community.

Yeah ACC can be graphically better, but it takes allot more system resources to make it look overwhelmingly better, especially if you're playing in VR. The standard Assetto Corsa on the other hand runs sweet on a potato PC and can still be cranked up to look real nice, plus with a few free mods it can be made to look even better.

They should have stuck solely with Assetto Corsa and just refined it over the years, like they have with RUST. They should have gave AC an engine upgrade, further improved its physics, gave it better VR support, embraced some of the cool features found in content manager and then introduced an Assetto Corsa Competizione DLC which gives access to all of the content of the current ACC.

If they were smart they could have even done a subscription based area within that for crazy serious drivers / pros and carried out large streamed events like iRacing does.