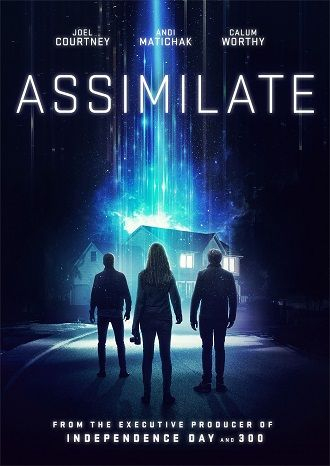 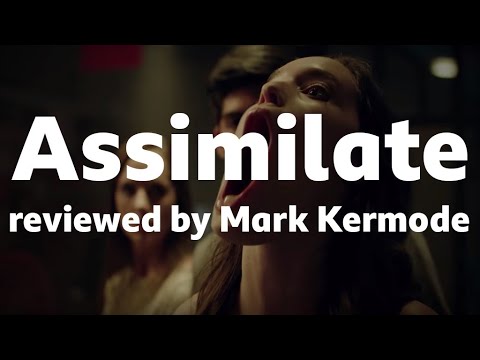 *****
"Wearing their influences with some pride co-writer (with Steven Palmer Peterson) and director John Murlowski has fashioned a decent film that has its moments but is just far too derivative with seasoned watchers ticking off the referenced films. One in particular is a massive influence that would frankly act as a humungous spoiler if I mentioned it. I’ll only say there are a few versions dating back to the 50’s all available all of which are worth watching.

Nevertheless the film just about keeps the viewers’ attention despite being a little saggy in the middle. The body-cams and the streaming uploads bring it right up to date, for the teen and the tech savvy.

Assimilate will be available digitally from 12 April 2021."

Zach (Joel Courtney) and Randy (Calum Worthy) are friends who bored with small town life, have kitted themselves out with cameras and mobiles, to film the town in motion. There isn’t that much going on, as the pair comment on the film, that will eventually be loaded up on-line.

But people are starting to disappear and return acting strangely, lifeless and stiff with empty eyes and clipped speech. The boys pick up this and try to alert the town leaders. Trouble is the cops aren’t interested and the Pastor Greg (Terry Dale Parks) looks as if he knows more than he’s letting especially when the spy him boxing up some suspicious creatures.

The boys set about investigating what is going on? Which leads to capture and escape, going back for Joey (Mason McNulty) Kayla’s little brother, and a decent twist ending.
PostTweetShare Share with WhatsApp Share with Messenger
Community Updates
1 Comment
Post a comment