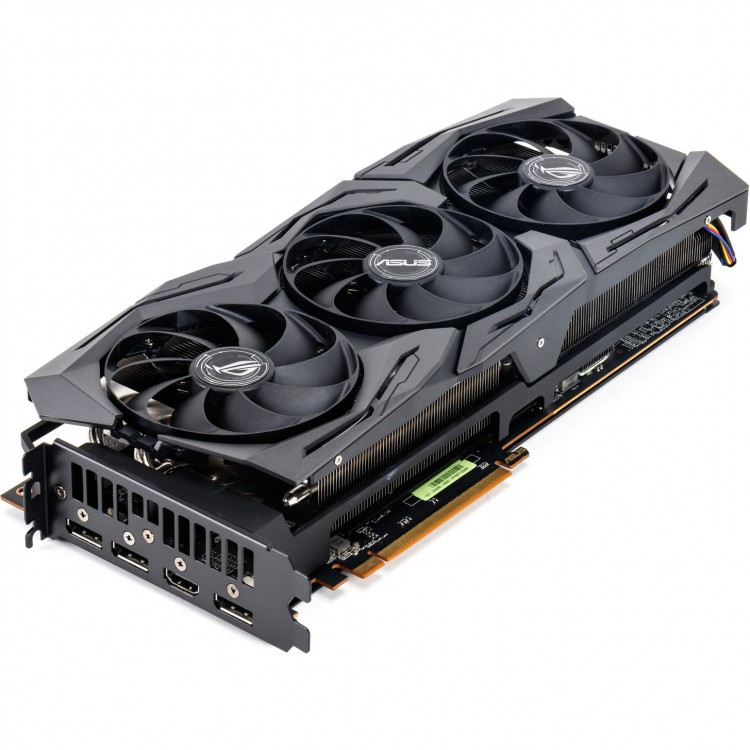 Top end 5700 XT. Early reviews were mixed but recent bios updates appear to have improved power and cooling.
PostTweetShare Share with WhatsApp Share with Messenger
Community Updates
Overclockers DealsOverclockers voucher codes
New Comment SubscribeSave for later
Top comments
29th Feb
It's not the bios it's the fact they used screws that were too short to hold the heat sink adequately to the board and have now admitted these are all faulty (but blamed AMD!) and will be recalling them.

I wouldn't get one unless it is 100% guaranteed to be made last month. Which is unlikely just yet

google.com/amp…amd
Edited by: "darynq" 29th Feb
29th Feb
There's a fairly bad mechanical fault with this card, the heatsink isn't fully secured to the PCB of the card and it will sag away from the PCB (due to gravity) which will cause higher temps. Really not recommended. 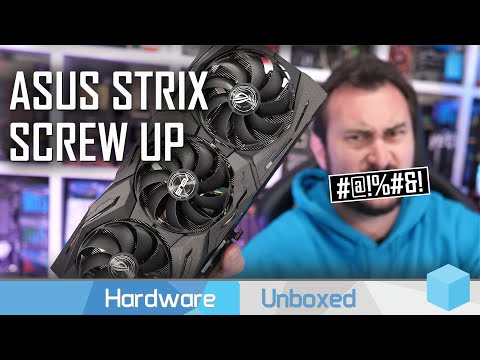 Wrong B450 Tomahawk, B450 Pro Carbon, X570 Unify.
24 Comments
29th Feb
It's not the bios it's the fact they used screws that were too short to hold the heat sink adequately to the board and have now admitted these are all faulty (but blamed AMD!) and will be recalling them.

I wouldn't get one unless it is 100% guaranteed to be made last month. Which is unlikely just yet


what’s the difference here worth £50 ? Curious ‘it’s all
29th Feb
There's a fairly bad mechanical fault with this card, the heatsink isn't fully secured to the PCB of the card and it will sag away from the PCB (due to gravity) which will cause higher temps. Really not recommended.

…https://www.overclockers.co.uk/asus-radeon-rx-5700-xt-8gb-gddr6-pci-express-graphics-card-gx-43c-as.htmlwhat’s the difference here worth £50 ? Curious ‘it’s all

That one is a blower style. Runs hotter (but one click undervolt in radeon software sorts this) and "noisier' although it's a different kind of noise to normal fans but they use reference boards so usually better quality and they send all the heat out the back of the case so perfect for ITX builds or those with poor air flow
29th Feb
Rather go for a sapphire pulse or a gigabyte gaming oc
29th Feb
Also stay away from any msi boards, a bunch of penny pinchers when it comes to design.
29th Feb
Avoid
29th Feb
DO NOT BUY THIS CARD
29th Feb

Their rx 5700 and 5700xt would disagree, absolutely abysmal design, the stuff of horrors, I personally won't ever buy any of their products again.
29th Feb
They fixed it from January this year. And for people who had the ones with the issue there is RMA to replace screws, it starts from March, unfortunately I'm not sure how fast they will do it.
29th Feb

When did ASUS last build a card or laptop that was actually assembled properly? Serious question.
29th Feb
The driver issues put me off both Vega & Navi; especially for those with multiple monitors.
29th Feb

Very pleased with my Zenbook and Strix 2080, they got those right
29th Feb

Very pleased with my Zenbook and Strix 2080, they got those right

I'm glad someone has done alright but they dropped the ball with the FX (504 and 505) gaming laptop range (then tried to cheat people with thermal/power locks in the BIOS) and Vega STRIX cards which had beefy coolers with little in the way of VRM cooling. And none of the many ASUS laptops I've had have lasted well either despite being well-looked after. When there is an issue, support is absolutely dire. Maybe they'll learn from this...
29th Feb

DO NOT BUY THIS CARD

Some reasoning behind your comment would make it worth while taking onboard.
29th Feb

It had already been stated what the issue was before I commented.
29th Feb

The Gaming X 5700XT is one of the best around. I can only presume you bought the absolute junk that is the Mech or the Evoke, in which case the fault is on you for lack of proper research.
29th Feb

The evo had a premium price though.
29th Feb

It does not matter it's low budget card or not, they should all work 100%. It's the same chipset, and it's a final product, destined for consumers.
For example, I have a Palit RTX 2070, no issues. Cheap as chips. The problem is AMD and their Radeon division, they can't make cards that work. We should not blame card manufacturers, that have only headaches working with AMD.
Edited by: "Kosmonaut" 29th Feb
1st Mar

ASUS blamed AMD for good reason. Most 57xx cards (and Vega in the past) are problematic with overheating, ASUS is not the only manufacturer with this issue. And yes, I do believe they followed AMD specifications.
We all know how incompetent AMD Radeon division is.
MSI, XFX had also cooling issues, maybe you want to say they are the blame as well?

Somehow ASUS and MSI make Nvidia cards with no cooling issues, but when it comes to AMD, they are all of the sudden incompetent?? This is what you are trying to insinuate?

If you take a closer look, AMD gave headaches to manufacturers in the motherboards segment as well. We all know that plenty of AM4 boards have BIOS issues, overheating and memory incompatibility issues, but when it comes to Intel boards, SAME MANUFACTURERS make flawless boards?!

AMD is laughable when it comes to testing and optimizing. DO NOT blame manufacturers please.
Edited by: "Kosmonaut" 1st Mar
1st Mar

It has been shown on sites like Hardware Unboxed that there are no issues with any other cards other than this one.
AMD cards always seem to run hotter than Nvidia ones becaushe how they measure temperatures is different. Nvidia cards throttle when the average hits a certain temperature, AMD when the hottest part reaches a certain temperature on the thermal junction so if both measured the same the Nvidia would actually be running a lot hotter than is recorded.
I thought everyone who knows about PCs knew this...

I went from a blower MSI 1080 in my itx case to a blower 5700xt and out of the box stock temperatures were the same hitting over about 83. Under volting got both to just over 70
Edited by: "darynq" 1st Mar
1st Mar

Always. I deal with PC components, and ASUS gpus and mobos are the best on the market, hands down.
This time is AMD's fault.
Edited by: "Kosmonaut" 1st Mar
1st Mar

ASUS GPUs are poorly-engineered. This time is not AMD's fault. There is not enough mechanical force to hold the heatsink to make good contact and cool the GPU, how is that AMD's fault exactly? They built the custom heatsink - not AMD... and I didn't mention motherboards - I bought up the ASUS Strix Vega cards (another joke) and the FX gaming laptops range where they didn't engineer correct cooling and thought buyers wouldn't notice them power-throttling the CPU to make up for their shortfall. Shady business practices if ever I saw it...