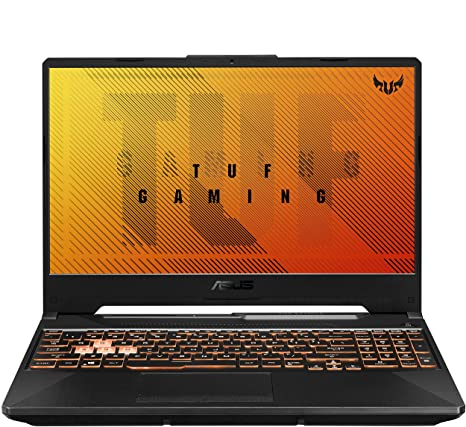 It's a budget gaming laptop and probably well priced. You regularly see people post 1050 laptops here for similar prices.
If you were a serious glamour you most probably wouldn't opt for this anyway.

Is it easy to replace the GPU?

Nope, impossible on most laptops.

Used to be when they were using the MXM type chipset but that faded away around the mid teens now it’s all soldered to the motherboard it is assigned to. If it had a thunderbolt you could use an external GPU case
11th Jun
Not a bad price to get you through the door with a Ryzen 4000 based laptop. It's super easy to upgrade the SSD and ram when you need to/have spare cash and can do that as you go.

Once out of warranty, you might want to open up the air vents on this...ASUS have suffocated it.

Long after the GPU is out of date I reckon that CPU will serve you well and you could use this as a general purpose laptop.
11th Jun

Just out of interest how would you open up the air vents? New to this...
11th Jun

Brutally. That's why I suggest doing it out of warranty.

More info on why: 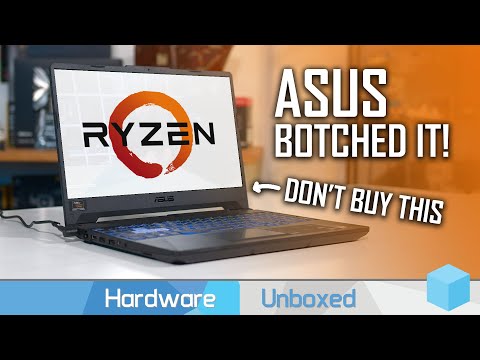 That card struggles to play it little alone amount of space. Your better playing mimecraft since you will be running low textures
11th Jun
It’s a great price. Beats the very similar one by another £100. I disagree with the earlier poster who said this spec has been posted a lot, I don’t think it has.

My issue here is that I’m not sure what market they are aiming for. The processor is so powerful compared to the graphics card, and in fact it has pretty good gaming on board.

To me to serve its purpose in the medium term we should really be looking for a 1660Ti at minimum with this processor.

But saying that this will play every game at a great fps as long as you don’t mind a low res / low settings on the newest titles.
11th Jun
Will this run Zork?
11th Jun

Is it easy to replace the GPU?

Easy, just use a card and lift until they pop out. I regularly clean my GPU too, along with the rest of the keys.
11th Jun

I see what you did there.
11th Jun
As a dad I now get little gaming time and my Xbox and PS4 basically belong to the kids now. Would this sort of laptop be suitable for me to play turn based strategy games? Mostly looking at the upcoming Necromunda game, unfortunately they have not announced the needed specs
11th Jun

Is this about the right level for that sort of thing or could I drop down in price?
11th Jun

Yeah but the 4600H laptops are brand spanking new, so I don't see anything driving down the price just yet. Maybe an older model?
11th Jun

Is this maybe overkill for my needs?
11th Jun

Is this maybe overkill for my needs?

Without knowing all the games you play and their requirements I can't say for sure.
11th Jun

Would be my first gaming pc.
I mostly play turn based stuff on my PS4 that's why I was looking at a pc as there are far more options in this genre.
I want to play mordheim city of the damned which would probably run on almost anything available nowadays but the new game has not had its specs announced yet.
11th Jun
8GB ram and 256 of HDD space? good luck with games...
11th Jun
Useful spec for a photo editing laptop with an external SSD?
11th Jun

Is this maybe overkill for my needs?

For comparison my son has a Ryzen 5 3500U and that plays fortnite in the 50fps region on medium-ish settings at 1080p.

But probably best to look at the specs needed for your specific game(s).
11th Jun

Thanks. Wish they had published the specs for the new game, just gonna have to keep waiting I suppose.
11th Jun

I don’t know it at all but does it have any existing equivalents that you could compare?

With this being my very first look at pc gaming I honestly do not know what I am looking for.
Not fussed about online gaming etc only really play single player stuff and don't need the absolute top quality but obviously don't want to be completely excluded from playing newer games.
11th Jun

This is a good deal for the Ryzen series 4xxxx processors which are relatively new to market and seem to be smashing their intel equivalents in benchmarks.

1650 is now a mid range card. Good for all games but your brand new 2019/20 releases if they are 3D graphics heavy would need to be played at medium or low specs.

But really for what you are describing I think this would be more than enough.

Probably a flawed comparison but I’d say in graphics this would be on a par with the normal Xbox One, and the processor, SSD etc. is waaay faster. SSD is small though.
11th Jun
Is this laptop thick/bulky? I also want to use it for uni/ general purpose work
11th Jun

Will this run Zork?

Sure, and it'll also let you search for Norks too
12th Jun
Sorry for all the probably stupid questions.
What kind of comparison would I get to a desktop around the same price, given that I would need to buy all accessories and have no clue about putting it together?

I could then stream games from pc to other devices if needed/wanted to sit on sofa with the wife.
Edited by: "willevans716533" 12th Jun
12th Jun

Would it be worth spending the extra for the model with the better GPU, the 2060 I think it is?
Takes the price above a grand but with some other improvements.
Worth it or better to save the extra to put towards next upgrade given that resale won't be great in a few years whatever spec I choose.
12th Jun

Once you get up to the 2060 you are getting into the bottom end of the higher range of cards.

The key with the 2060 is that it has deviated ray tracing capability - real time ray tracing being “the next big thing” - however it is the bottom-of-the-range / first chip to offer this... so whilst it does ray tracing the frame rates are low - given that for the moment at least it’s only AAA titles that include this.

But I guess it offers a modicum of longevity because it does have that new feature. Aside from that performance is very similar to the 1660Ti.

This means, at 1080p, great frame rates on ultra settings in slightly older games, and again hitting over 60fps on new games but with some tweaking of settings or maybe resolution.

Capable of achieving well over 100fps on lower settings for those more competitive gamers!

But it sounds like you want to play a pretty low demand game??

You have to strike a balance with the other features... for example whilst 8gb ram is acceptable, it may be that 16gb is desirable relatively soon.

And then there is the SSD size. 256gb is going to be used up by the OS plus a few productivity apps. Potentially one game could fill it. Do you want to then be tied to external drives?

IMO a 512gb really should be the minimum, ideally whilst costly a 1tb SSD will give you plenty of space for productivity, files, your favourite game installs etc.

A lot of people do talk about cloud based and streaming for gaming. This is definitely on the horizon but will it be mainstream / the norm in the next 1-2 years... to my mind it’s a little way away still. Personally I’ve tried GeForce Now and it was laggy.

Hope this has helped a bit! Really comes down to your budget, needs, and balancing up the various components.
12th Jun
So interested in this as it seems like a good price even compared to a desktop
12th Jun

Desktops are better value than laptops - for example, this prebuilt deal I posted will have better gaming performance and leaves plenty of room in the budget for monitor, keyboard and mouse: hotukdeals.com/deals/awd-vengeance-ryzen-3-3300x-rx-570-16gb-ram-240gb-ssd-desktop-gaming-pc-no-os-47999-at-awd-it-3481062

Upgrading to the Ryzen 5 3600 in that deal will give better multicore performance as well (most games don't use many cores right now, but they will use more as time goes on). And upgrading GPU in the options to 1660 Super makes it a lot better than this laptop (but RX 570 is already better).
Edited by: "m3racer123" 12th Jun