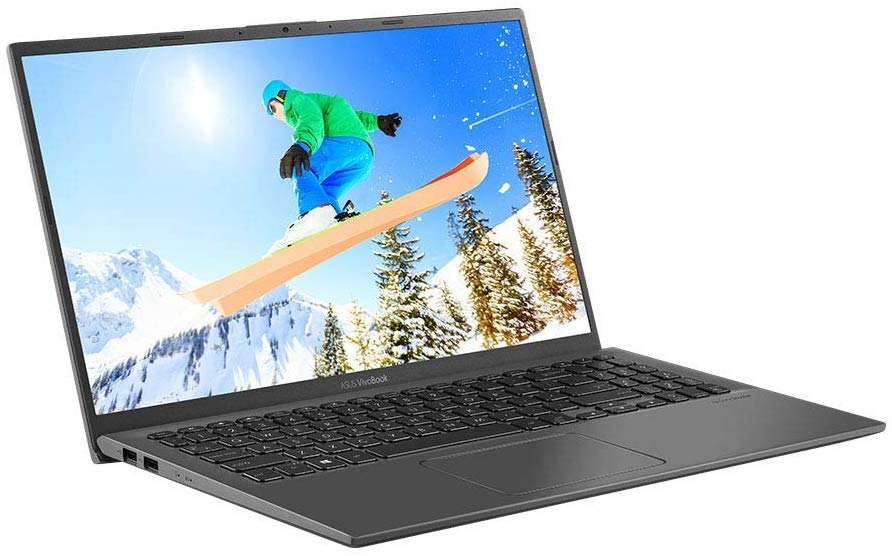 IPS = Hot, TN = Cold. Can anyone clarify the display panel type on this?

According to Amazon reviews it’s a TN sadly.

Also - the Processor on this is a bit meh. There are better value deals in terms or processing power.

Not for me though sorry.
16th Jan

Where does it actually say that? All I can see is max 4GB
16th Jan

Lots of talk in the marketing about NanoEdge, but in reality its means nothing when you have a crappy TN display to look at, day in day out. Cold from me then.
16th Jan

Where does it actually say that? All I can see is max 4GB

Gotcha. I presumed you'd seen it on the product page. Cheers
16th Jan
This is a minimum spec laptop in every way which is not suitable for much. Sure you can do things with it but it is barely able to do things. Spend a little more to get much better specification.
Edited by: "fiqqer" 17th Jan
16th Jan

I was actually thinking of getting this for college, my budget is up to £300. Is there anything better you'd recomend for this price?
16th Jan

A lot depends on what you are doing at college. I bought a refurb mba from music magpie for a little bit more than your budget, was vgc and came in excellent condition. It’s pretty much silent, really solidly built and as all my uni stuff is just word, pdfs and the Internet it’s more than enough for me. If your college course is video editing or something then you’ll need to look elsewhere.

So look at what you need from it, wether you need it to be truly portable or not etc you can get some good refurb dell laptops from places like itzoo etc for about half your budget.
16th Jan

This is a more than reasonable laptop, you can't do a lots of basic tasks and much more. The price is good too. Yes, you may get a better one if you pay £100-200 more, but why waste your money. My laptop, same specs more or less was £1,000 3 years ago. Depending what you do at college, but this is an ok laptop.
16th Jan
Voted hot. The specs are ok-ish, the design is nice, to built quality seems ok, this is still a decent laptop for this price. And you still can do lots with it.
The price is now £275, so even better. This is very portable too, only 1.4kg.
Half of those suggesting here I3 and 4GB RAM is not enough, do not know what basic stuff means and they do nothing else than surfing the net, reading emails and watching YouTube.
Edited by: "sheffield788" 16th Jan
16th Jan
Is It dual Core? Or quad core ?
i3 which gen?
16th Jan

While yes, for another £100-200 you will get a much better specs laptop, since when an i3 4gb ram is not suitable for net surfing, music, video, YouTube, Microsoft word, excell and other light tasks? Or for college work. I'm using one now and have 5 pages open, 3 years old, more than decent. And my son uses my 7 years old laptop for school and it is more than sufficient for him. Alongside a 1gb ram tablet, which may not be great, but you still can do basic tasks on it. This is what most people use the laptop for, basic tasks and over 90% of the laptops on the market are suitable for this.
Edited by: "sheffield788" 16th Jan
16th Jan

Windows needs 8gb ram ONLY to run smoothly. Platform is unbelievably heavy on resources, Apple was very grateful for that
Power users on Windows start at 16gb

Yes your 3-year old ULTRABOOK definitely more than decent. Since when video streaming is a light task? I tried to browse the internet on 4gb ram and it was proved IMPOSSIBLE even on i3 machine, even on Edge, if you open 2-3 tabs and try to listen to music in background. I mean, it was possible, but a torture

Underspeccing of this magnitude explains why Windows has lost much of low-end & education market to Chromebooks. Nice Windows laptops start at £700, still some gap with MacBooks, but squeezed now from lower end too, mid-market getting smaller and smaller = end of the road for MS. Just take a look at MS app store, harbinger of things to come
Edited by: "xavierluther" 16th Jan
16th Jan

Well, I am on an Acer Aspre S13, i3 4gb ram and I use Win10, I stream foreign channels on it, I watch Premier league games on it, I do pretty much everything on it apart from playing games. You realise I would not watch football on it if it was not working properly. Can't say anything about games as I am not into such thing but I am assuming you need higher specs for gaming.

There are plenty of good laptops going on sale at £450-500 with higher specs and they perfectly work with Windows. Now, I am not arguing as I do not know what your expectations are, but I use google chrome and my laptop works absolutely fine with 5 tabs at the same time. I can't understand how you cannot browse the internet on an I3 4GB RAM laptop, it takes less than a second on mine to open a page, if 1 seconds is too long for you, my apologies, to me it is normal.

But yes, I rather pay £100 more for better specs. To pay £700 is a bit too much, even though I am very tempted of the Acer posted earlier, but I think I am attracted more because of the design and portability. There were a few Asus Zenbook with good specs at Currys for about £500 and I think this is probably what I prefer.
However, coming back to this one, unless used, I don't think I came across of something at this price for these specs, good battery and also with this design, which IMO is quite nice.
Edited by: "sheffield788" 16th Jan
16th Jan

This would outperform your mega old macbook air.
16th Jan

This is very portable too, only 1.4kg.

This would outperform your mega old macbook air.

Yeah I’m totally aware of that, the processor in this 7th gen i3, performs about the same as the 5th gen i5 in the mba I bought. I guess I’d gain faster ram but less of it, a way better screen, larger sdd and the ability to open pdfs 0.1s faster. But I’d lose the backlit keyboard, gain a tiny bit of weight and size and lose some of the interoperability between my other devices. I never said this was a bad deal, I think it’s an excellent laptop, particularly at this price. I said that the person asking should look at what they need and buy the best thing that suits their requirements.
17th Jan

What resolution does the MBA have? It's a 5th gen i5 with less than 4gb ram? And you have a link to a 5th gen MBA near in price to this deal?
17th Jan
What tosh in this thread. i3 with 4gb RAM and a SSD is fine for web/document/picture usage. My 10 year old i3 370M copes fine, a recent i3 will be a breeze. Just don't expect gaming or video editing.
17th Jan

For £300 you will be better off getting a grade B laptop which will have I5 processor and 8gb ram. ie from the likes of tier1online.com/ref…ing

For brand new I have seen and have bought 8gb ram and I5 processors for £350.

You may get by on specs for this deal, but as I said this is the bare minimum. You will grow out of this very quickly if you are doing much on it.
Edited by: "fiqqer" 17th Jan
17th Jan

That's the bigger issue. No doubt you got a decent deal but a 720p screen is so shockingly unproductive, the entire argument is nullified.
17th Jan

To quote yourself - nonsense.
22nd Jan

IPS = Hot, TN = Cold. Can anyone clarify the display panel type on this?

Talking silly = silly. IPS at this price? Lucky. Oh, and TN = actually very good screens. Some people chuff on like a Guru, but in reality know very little.
23rd Jan

Agreed that some are all talk alchemist. I learned the hard way however, with a gaming Asus FX503. Will never do TN again.