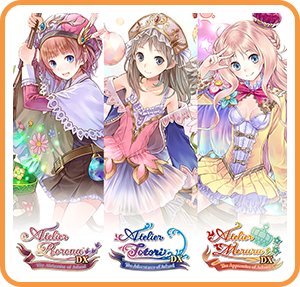 Revisit the beautiful land of Arland with the Atelier Arland series Deluxe Pack on PS4, Switch and PC via digital release this year! This pack includes all three titles featured in the Arland trilogy; Atelier Rorona: The Alchemist of Arland DX; Atelier Totori: The Adventurer of Arland DX; and Atelier Meruru: The Apprentice of Arland DX with many of the previously released DLC contents - the perfect way to prepare for Lulua's journey in the land of Arland next year. Players can choose between purchasing these titles individually or as a package containing all three at a discounted price.
PostTweetShare Share with WhatsApp Share with Messenger
Community Updates
Nintendo Shop DealsNintendo Shop discount code
If you click through or buy, retailers may pay hotukdeals some money, but this never affects which deals get posted. Find more info in our FAQs and About Us page.
New Comment Subscribe Save for later
1 Comment
19th Dec 2019
Quite good price for these games, they are quite enjoyable and long (perhaps too long for some). Worth every penny.