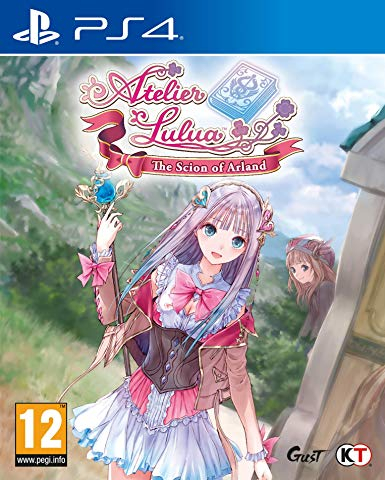 Atelier Lulua: The Scion of Arland invites players to assume the role of Elmerulia “Lulua” Fryxel, a young aspiring alchemist training under former student turned mentor, Piana. Lulua studies diligently to fulfil her dream of becoming a great alchemist just like her mother, Rorolina Frixell; but during her training Lulua discovers a mysterious Codex, awakening an ancient power within her that enables Lulua to decrypt but a single page – with many more riddles for her to unravel. Players will be tasked with performing actions focused around the core Atelier series gameplay – Gathering, Battle, and Synthesis – to allow them to decipher more of the text, as well as learn exciting new types of alchemy. 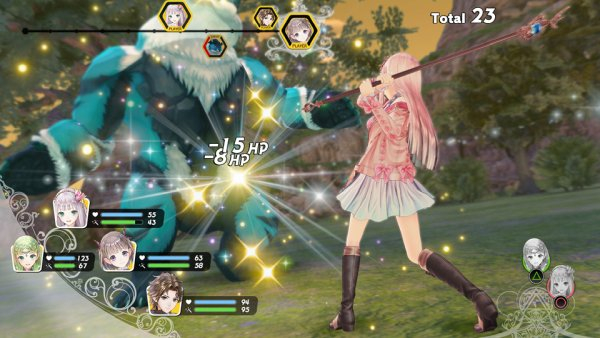 Lulua sets off to Arland in the hopes that she can improve her powers and uncover the riddles of the Codex. When she arrives, she learns that her mother’s atelier shop has been forced to close, and relying on the help of the codex Lulua works hard to save the shop before it’s too late. The first steps into her new adventure are filled with excitement, but little does Lulua know that Arland is home to many mysteries yet to be awoken.

On their journey, players will meet a compelling cast of companions, with some familiar faces joining the line-up, including: the most renowned alchemist and mother of Lulua, Rorolina Frixell; the ex-apprentice of Rorona and influential alchemist, Totooria Helmold; keen adventurer and private guardian of Totori, Mimi Houllier Von Schwarzlang; and former knight turned chief of the ‘Guardian Force’, Sterkenburg Cranach.
PostTweetShare Share with WhatsApp Share with Messenger
Community Updates
The Game Collection DealsThe Game Collection promo code
If you click through or buy, retailers may pay hotukdeals some money, but this never affects which deals get posted. Find more info in our FAQs and About Us page.
New Comment Subscribe Save for later
3 Comments
5th Dec 2019
Very tempted! How is this game?
6th Dec 2019

Very tempted! How is this game?

I haven't played this one so I just placed an order. This series tends to be quite pricey.

I can only comment on the series as a whole - It's a part of the long running Atelier series, but the series contains multiple subdivisions - this one is the latest installment under what is known as the Arland series which is possibly the most popular branch within Atelier series.

They are a story driven crafting RPG and have an addictive gameplay loop of collecting materials & crafting (they call it alchemy), in order to win battles and progress the story. You can play each one as a standalone game, although some previous cast members can cross over momentarily.

They're well known for their story, laborious drawings and memorable music tracks, and the main plot and crafting system change in each installment. It's melancholic and sentimental in tone, so if you're more "dude-bro" inclined this may be too sweet for your teeth.
6th Dec 2019

Very tempted! How is this game?

Similar to other Atelier games with some improvements. Check out the review below