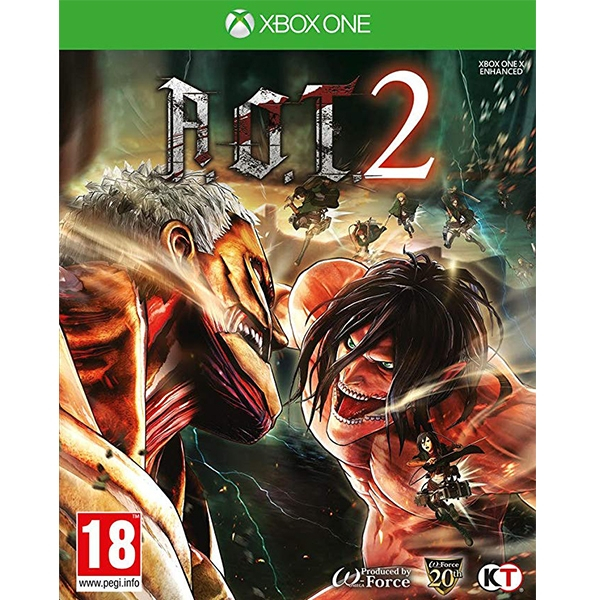 Attack On Titan 2 (A.O.T) Xbox One GameAn even more faithful recreation of the Attack on Titan world. Fear the more realistic Titans and enjoy the evolved action system for more versatility.

Outside of their excursions, Scouts can also deepen their relationships with fellow comrades by training and preparing battle with the new and improved Town Life gameplay. Strengthening relationships is an important element of A.O.T. 2, providing a greater insight into the series’ cast in a way that has yet to be experienced.

Delving deeper into the series’ fascinating narrative, the game will have fans experiencing the gripping events of the anime’s second season along with versatile action gameplay, all new challenges, and a wide selection of playable characters from Attack on Titan, including some new faces from the second season!

PostTweetShare Share with WhatsApp Share with Messenger
Community Updates
365games.co.uk Deals365games.co.uk promo code
New Comment Subscribe Save for later
2 Comments
1st Feb
You’d be much better getting the Final Battle version on Base for £20.99 - it includes the base game and the season 3 DLC, which is expensive on its own.
2nd Feb